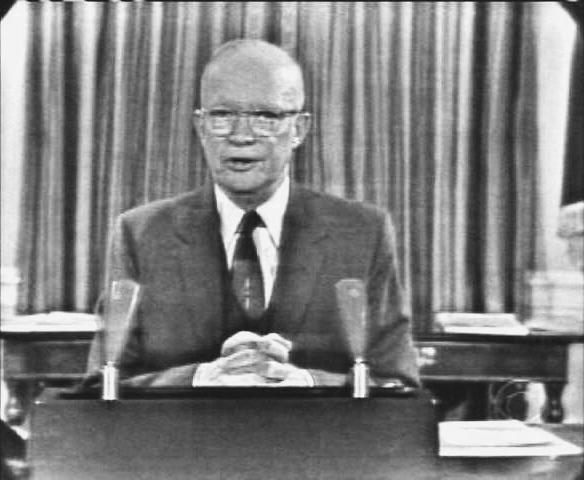 Polls show that Americans are tired of endless wars in faraway lands, but many cheer President Trump’s showering money on the Pentagon and its contractors, a paradox that President Eisenhower foresaw.

The Military-Industrial Complex has loomed over America ever since President Dwight D. Eisenhower warned of its growing influence during his prescient farewell address on Jan. 17, 1961. The Vietnam War followed shortly thereafter, and its bloody consequences cemented the image of the Military-Industrial Complex (MIC) as a faceless cadre of profit-seeking warmongers who’ve wrested control of the foreign policy. That was certainly borne out by the war’s utter senselessness … and by tales of profiteering by well-connected contractors like Brown & Root.

Over five decades, four major wars and a dozen-odd interventions later, we often talk about the Military-Industrial Complex as if we’re referring to a nefarious, flag-draped Death Star floating just beyond the reach of helpless Americans who’d generally prefer that war was not, as the great Gen. Smedley Darlington Butler aptly put it, little more than a money-making “racket.” More…