“No No You Guys, THIS US-Backed Military Coup Is Perfectly Legitimate!”

[Politics]
“No No You Guys, THIS US-Backed Military Coup Is Perfectly Legitimate!”
by Caitlin Johnstone
Posted December 10, 2019 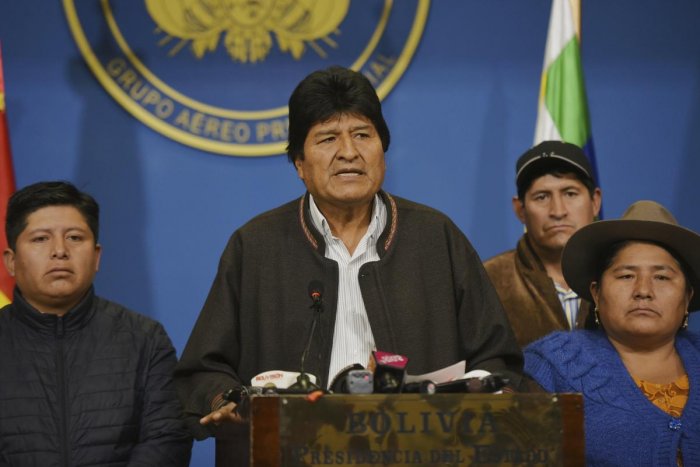 I just keep tripping on how dumb this latest US-backed military coup is. It’s in Bolivia in case you’ve lost track, which would be perfectly understandable since US-backed coups have become kind of like US mass shootings — there’s so many of them they’re starting to blend into each other.

The military ousting a government is precisely the thing that a coup is. The coup’s Christian fascist leader Luis Fernando Camacho openly tweeted that the military was actively pursuing Morales’ arrest prior to the ousted leader’s escape to Mexico, a tweet he later deleted presumably because the admission makes it much harder to call this military coup anything other than the thing that it is. The Grayzone has published an article documenting this coup’s many ties to Washington. Put it all together, and you’ve got a US-backed military coup.

As happens every single time the US tries to overthrow a government these days, social media is currently swarming with small, brand-new and suspicious-looking accounts, many of which are publishing the same words verbatim, all defending and supporting the coup. Some of them try to argue that Morales rigged last month’s election, but that’s totally bogus and evidence-free. Others try to claim that “the people” of Bolivia opposed Morales, strongly implying that he was universally loathed, but that claim is invalidated by the election results and the massive demonstrations against the coup. More…