The NSA’s Eye in the Sky: Blimp Spies on Americans 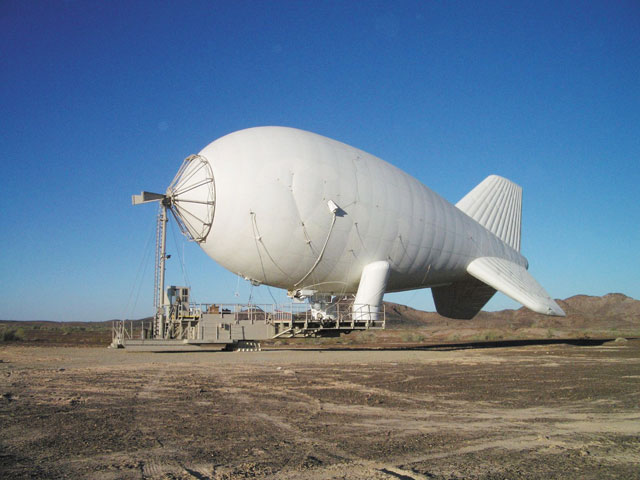 The surveillance hawks — it would appear — are never satisfied. When it comes to harvesting the data of American citizens, their mantra seems to be “too much is never enough.” The most recently revealed tool in the considerable arsenal of the surveillance state is a three-engine blimp equipped with eavesdropping apparatus.

While Americans have known about much of what the three-letter-agencies of the surveillance state have been up to, the truth, it turns out, is even darker than many may have imagined. The surveillance hawks have built their Panopticon; they just built it in the sky.

It is a foregone conclusion that the past 13 years have been a heyday of domestic surveillance for the NSA (which operates the aircraft) and other three-letter-agencies that make up the surveillance state. After all, “imagery sensors” is just tech jargon for “cameras.” It is to be expected that these “imagery sensors” would include heat signature sensors as well as infrared sensors. This aircraft — even as it existed in 2004 — is a surveillance dream come true and a privacy living nightmare. More…

The Facts:
The alphabet agencies are also using a system called TARS, which is tethered to the ground and can stay aloft without using any energy for even longer periods of time.

Reflect On:
Who are the operators of these systems really afraid of? Is it really “terrorists” or could it be protestors that the globalists do not “approve” of? Is a society that is under 24 hour surveillance truly a free one?