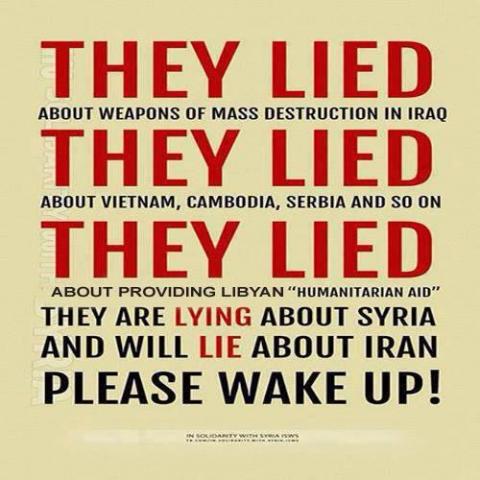 Western media is spreading fake news and fabricating stories with evil intentions. Western Media is biased and creating unrest and chaos in various parts of the world. Media is being used by the Western world to coerce, influence and achieve their ill-political motives. Unfortunately, Western Media is already dominating and controlling public opinion throughout the world.

I believe the Western World is misusing Media and the spread of distorted information as an unarmed wing or tool of defense and diplomatic strategies, to achieve their evil goals. It seems Western media is notorious for spreading fake news and the fabrication of stories. They have lost their credibility at all. The intellectuals and people with common sense no more believe Western Media anymore. The credibility of Western Media is challenged and lost recognition among the people having conscious. More…

The Facts:
The western corporate and oligarch controlled media has been proven to provide false sories, unreliable stories, while omitting stories that do not fit the narrative desired by the elites.

Reflect On:
How can a media that ignores the largest theft in human history, the $21 TRILLION missing from the US Treasury be taken seriously?