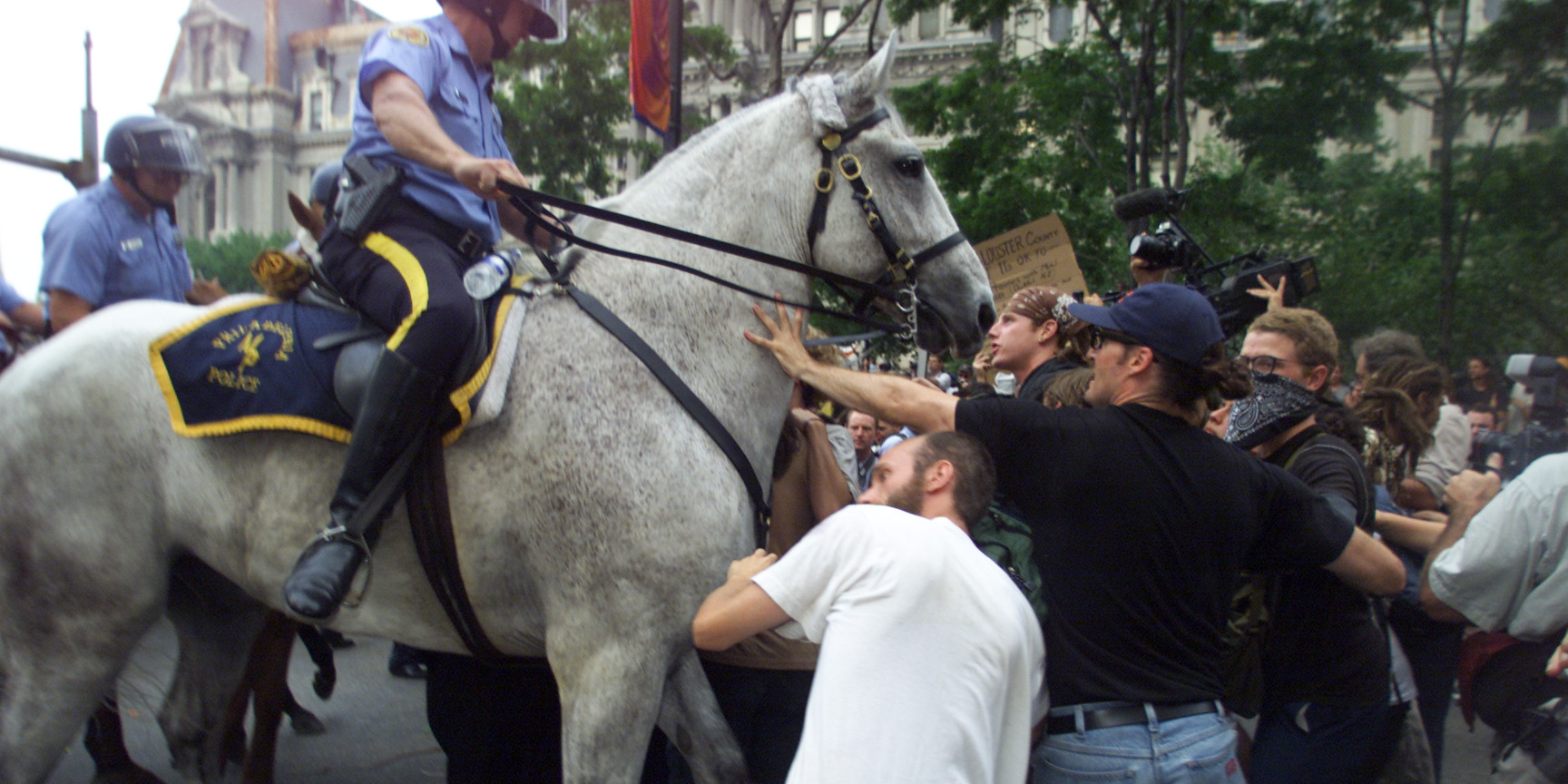 When Harry, George, Tom, and Joe showed up at a warehouse outside Philadelphia rented by protesters, organizers were immediately suspicious. The men claimed to be “union carpenters” from the Scranton, Pennsylvania, area who built stages — just the kind of help the protesters needed. They were preparing for the Republican National Convention in 2000, where the party would be nominating George W. Bush. Across the country, allied organizers were planning similar protests for the Democratic National Convention in Los Angeles.

One of the hallmarks of the social justice movement at the time was its puppets. Organizers were coming off successful protests in Seattle in November 1999 against the World Trade Organization, and in Washington, D.C., in April 2000, against the International Monetary Fund and World Bank, and had managed to reshape the politics of globalization. Soaring papier-mache puppets, rolled through the streets on individually constructed floats, projected a festive air, capturing sympathetic media coverage and countering the authorities’ narrative that the protesters were nihilists simply relishing in property destruction.

The four carpenters were good with a hammer, but much about them had protesters wary they were in fact infiltrators. In conversation, “they were not very political or well informed,” recalled Kris Hermes, an organizer, in “Crashing the Party,” his memoir of the affair. More…