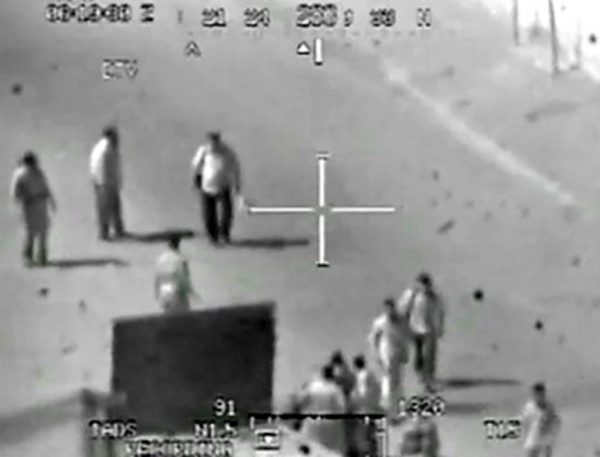 For the last decade, stories produced and amplified by the democratized media have put the power structure at risk. People saw government documents showing war crimes and violations of international law. We all saw police killing unarmed people and extreme militarized violence in response to nonviolent protests. These stories have been magnified by people realizing they are the media and sharing stories in their networks on a variety of platforms.

To maintain control, the power structure needs to stop people from knowing the truth. The recent RAND Report on the future of warfare cites the following concern: “As smartphones and social media saturate the developing world, militaries will find themselves harder pressed to control both what images the public sees and the narrative surrounding operations.”

Powerholders are striking back. This article focuses on two aspects of this conflict – the new indictment brought against Julian Assange this week and the attacks on media by the police during the nationwide uprising against police violence. Part of the job of each of us is to let them know we see what they are doing to try to hide the truth of their actions. We must hold them accountable for the false narrative they produce and their efforts to criminalize those who are the truth tellers and work to put out the true narrative those in power want to suppress. More…