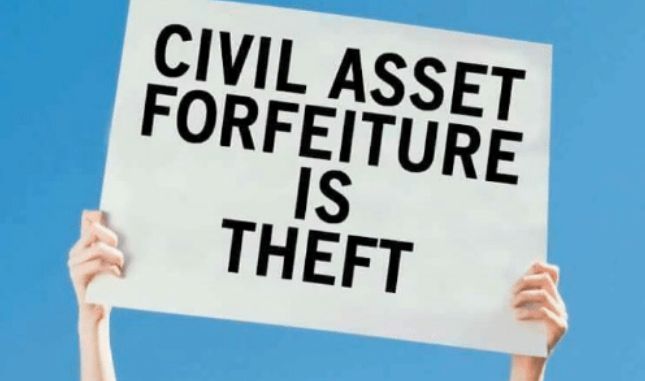 Violating the American justice system’s cornerstone presumption of innocence, those whose property has been taken via civil asset forfeiture must prove their property wasn’t involved in a crime—or lose it forever.

In a real sense, the property itself is on trial. That’s reflected in the bizarre case names associated with civil asset forfeiture proceedings, such as “Nebraska v. One 1970 2-Door Sedan Rambler (Gremlin).”

That particular case illustrates that, even where a crime is charged, civil asset forfeiture can still be the instrument of terrible injustice: Police seized the Gremlin after arresting its owner for mere marijuana possession, saying it had been used to “transport” marijuana. The seizure was upheld by the state supreme court.

Property is regularly taken from third-party owners too. For example, the Philadelphia district attorney’s office has pursued the forfeitures of houses simply because a child living in the home had been caught selling drugs. More…

The Facts:
In 2014, the amount of money taken by federal law enforcement using civil asset forfeiture exceeded all burglaries.

Reflect On:
How can a society claim that one is “innocent until proven guilty” coexist with cicil assett forfeiture where one has to prove they were not involved in a crime?