Thought Police for the 21st Century

The abolition of net neutrality and the use of algorithms by Facebook, Google, YouTube and Twitter to divert readers and viewers from progressive, left-wing and anti-war sites, along with demonizing as foreign agents the journalists who expose the crimes of corporate capitalism and imperialism, have given the corporate state the power to destroy freedom of speech. Any state that accrues this kind of power will use it.

While the Internet has brought about a revolution in people’s ability to educate themselves and others, the resulting democratic phenomena has shaken existing establishments to their core. Google, Facebook and their Chinese equivalents, who are socially, logistically and financially integrated with existing elites, have moved to re-establish discourse control. This is not simply a corrective action. Undetectable mass social influence powered by artificial intelligence is an existential threat to humanity. While still in its infancy, the trends are clear and of a geometric nature. The phenomena differs in traditional attempts to shape cultural and political phenomena by operating at scale, speed and increasingly at a subtlety that eclipses human capacities. More…

As it turns out, the government is not good at creating effective or peaceful codes of law. While people tire of being trampled under foot by these outdated government legal systems, visionaries begin to explore completely new and voluntary models of law that are more pragmatic for the modern world. Forms of private arbitration have been theoretically discussed since the beginning of Voluntaryist philosophy. However, technology is in the works to put these theories into practice.

The inefficiency, incompetence, and negligence of government legal systems often leave people in a bitter state of inaction. After all, how can individuals begin to resolve such a fundamental and complicated problem such as law? Even then, how can individuals with different needs and perspectives find harmony in multiple systems of law? Fortunately, ingenious ideas concerning this matter are on the horizon. More…

Why GMOs Can Never Be Safe

[Community]
Why GMOs Can Never Be Safe
by Dr. Joseph Mercola
Posted December 28, 2018

There is no doubt in my mind that GMOs and the toxic chemicals used along with them pose a serious threat to the environment and our health, yet government agencies turn a blind eye and refuse to act — and the reason is very clear: They are furthering the interests of the biotech giants.

It is well known that there is a revolving door between government agencies and biotech companies like Monsanto-now-Bayer. Consider the hypocrisy of the FDA. On paper, the U.S. may have the strictest food safety laws in the world governing new food additives, but this agency has repeatedly allowed GMOs and their accompanying pesticides and herbicides like Roundup to evade these laws.

In fact, the only legal basis for allowing GE foods to be marketed in the U.S. is the FDA’s claim that these foods are inherently safe, a claim which is patently ridiculous. Documents released as a result of a lawsuit against the FDA reveal that the agency’s own scientists warned their superiors about the detrimental risks of GE foods. But their warnings fell on deaf ears. More…

[Justice]
Government now wants to seize your car for going 5 MPH over the limit
by Simon Black
Posted December 21, 2018 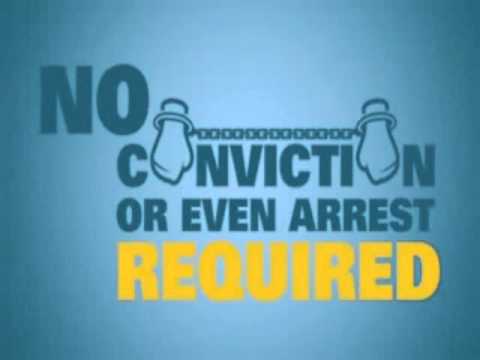 A 2015 report showed that law enforcement used civil asset forfeiture to steal more from US residents than every thief, robber, and burglar in America combined. About $4.5 BILLION worth of cash, cars, homes, and other property is taken by civil asset forfeiture each year — hundreds of millions more than common criminals steal.

And it happens at every level. Your local cop can use civil asset forfeiture just like your state trooper. And then any one of the armed agents of the US government—from the FBI to the Fish and Wildlife Service—can rob you for whatever reason they want.

As we enter the darkest day of the year, this article should give us something to ponder.

“They say that during Maria, Puerto Rico only had enough food for one week,” says Carmen Yulín Cruz, the mayor of San Juan, who became an international figurehead after calling out President Trump for his inadequate response to the crisis. “I hate to say anything positive about Maria. But what the hurricane did was force us to look at the realities of life here and how our dependency on the outside weakens our ability to ensure our people are taken care of. Maria made it evident that we need agricultural sovereignty.”

The story of Puerto Rico’s food production is also the story of the island’s own colonial history. Large-scale plantations replaced native farming during Puerto Rico’s days as a Spanish colony, resulting in the consolidation of agricultural land and landholding, as well as the number of crops being grown on it. When the United States took over the island in the wake of the Spanish-American War in 1898, economic restructuring meant that the remaining agricultural activity focused only on cash crops like sugarcane and coffee. More…

The DEA and ICE are hiding surveillance cameras in streetlights

The US Drug Enforcement Administration (DEA) and Immigration and Customs Enforcement (ICE) have hidden an undisclosed number of covert surveillance cameras inside streetlights around the country, federal contracting documents reveal.

According to government procurement data, the DEA has paid a Houston, Texas company called Cowboy Streetlight Concealments LLC roughly $22,000 since June 2018 for “video recording and reproducing equipment.” ICE paid out about $28,000 to Cowboy Streetlight Concealments over the same period of time. It basically has the ability to turn every streetlight into a surveillance device, which is very Orwellian to say the least. More…

Initiation into a Living Planet Most people have passed through some kind of initiation in life. By that, I mean a crisis that defies what you knew and what you were. From the rubble of the ensuing collapse, a new self is born into a new world.

Societies can also pass through an initiation. That is what climate change poses to the present global civilization. It is not a mere “problem” that we can solve from the currently dominant worldview and its solution-set but asks us to inhabit a new Story of the People and a new (and ancient) relationship to the rest of life. More…