Ten Myths About the NSA, Debunked

Maybe we should simply stop thinking about all this surveillance as a matter of stopping terrorists and start thinking more about what it means to have a metastasized global surveillance system aimed at spying on us all, using a fake argument about the need for 100 percent security in return for ever more minimal privacy.

What exactly are we protecting from what? If, instead of spending trillions of dollars on spying and domestic surveillance, we had spent that same money on repairing our infrastructure and improving our schools, wouldn’t we now have a safer, stronger America? Remember that famously absurd Vietnam War quote from an American officer talking about brutal attack on Ben Tre, “It became necessary to destroy the town to save it”? How can anyone say we are protecting our liberty and freedom by taking it away? More… “The government intercepts Americans’ emails and phone calls in vast quantities using this spying law and stores them in databases for years,” said Patrick Toomey, staff attorney for the American Civil Liberties Union’s National Security Project. “FBI agents around the country then go searching through that trove of data as a matter of course, including in domestic criminal investigations. Yet, over almost a decade, only a handful of individuals have ever received notice.”

The Justice Department, FBI, and NSA declined to comment for this article. The New York Times in 2013 reported that lawyers in the Justice Department’s National Security Division had believed they did not need to disclose in court whether evidence obtained through FISA specifically originated with Section 702 unless they were presenting material received directly from a Section 702 sweep.

The U.S. solicitor general then successfully pushed for a change in policy, bolstered by fallout from the Snowden disclosures; this was followed by a review of past cases by the National Security Division, after which prosecutors filed supplemental Section 702 notices in a handful of cases around the country. In four such cases, the defendants had already been convicted by the time of the disclosure. And whatever changes occurred in 2013 were clearly limited, given that fewer than a dozen such notices have ever been given in court cases, and none at all has been filed in the last year and a half. More…

As the United States Congress runs out of time to vote on a bill that would reauthorize one of the government’s most egregious warrantless spying programs, officials are claiming that those programs won’t end anytime soon—even if they are not reauthorized by the end of the year.

The USA Liberty Act will reauthorize Section 702 of the Foreign Intelligence Surveillance Act (FISA), which is set to expire on Dec. 31, 2017. While the bill’s proponents have claimed it will help ensure “security” in the United States, privacy advocates have warned that will provide additional loopholes for the government to continue conducting warrantless surveillance of innocent Americans.

The assumption may be that if the USA Liberty Act is not signed into law, then the provisions from Section 702 will no longer be legal and the U.S. government will stop collecting data from innocent Americans without warrants—but intelligence officials do not see it that way. More… 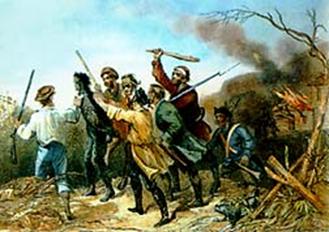 A key legal linchpin for the National Security Agency’s vast Internet surveillance program is scheduled to disappear in under 90 days. Section 702 of FISA—enacted in 2008 with little public awareness about the scope and power of the NSA’s surveillance of the Internet—supposedly directs the NSA’s powerful surveillance apparatus toward legitimate foreign intelligence targets overseas.

Instead, the surveillance has been turned back on us. Despite repeated inquiries from Congress, the NSA has yet to publicly disclose how many Americans are impacted by this surveillance.

With the law’s sunset looming, Congress is taking up the issue. The USA Liberty Act, may offer a chance to address some of the worst abuses of NSA Internet surveillance even as it reauthorizes some components of the surveillance for another six years. But the first draft of the bill falls short. More…