Creating A Suspect Society: The Scary Side Of The Technological Police State

[Justice]
Creating A Suspect Society: The Scary Side Of The Technological Police State
by John Whitehead
Posted October 30, 2018

It’s a given that Big Brother is always watching us.

Unfortunately, thanks to the government’s ongoing efforts to build massive databases using emerging surveillance, DNA and biometrics technologies, Big Brother (and his corporate partners in crime) is getting even creepier and more invasive, intrusive and stalker-like.

Indeed, every dystopian sci-fi film (and horror film, for that matter) we’ve ever seen is suddenly converging into this present moment in a dangerous trifecta between science and technology, Big Business, and a government that wants to be all-seeing, all-knowing and all-powerful—but not without help from the citizenry.

On a daily basis, Americans are relinquishing (in many cases, voluntarily) the most intimate details of who we are—our biological makeup, our genetic blueprints, and our biometrics (facial characteristics and structure, fingerprints, iris scans, etc.)—in order to navigate an increasingly technologically-enabled world. More…

Two Stories from the Propaganda War

Two recent stories about Russians have demonstrated how the news is selected and manipulated in the United States. The first is about Maria Butina, who apparently sought to overthrow American democracy, such as it is, by obtaining a life membership in the National Rifle Association. Maria, a graduate student at American University, is now in detention in a federal prison, having been charged with collusion and failure to register as an agent of the Russian Federation. She has been in prison since July, for most of the time in solitary confinement, and has not been granted bail because, as a Russian citizen, she is considered to be a “flight risk.”

In an attempt to make the Butina embarrassment disappear from the news, the Justice Department has proposed an unprecedented gag order to prevent her attorney from appearing in the media in a way that could prejudice a jury should her case eventually come to trial. Currently there is no court date and Maria remains in jail indefinitely, but the press could care less – she is just one more Russiagate casualty in an ongoing saga that has long since passed her by. More…

Before pointing the finger at Russia and Syria, the U.S. should answer for its own record

[Justice]
Before pointing the finger at Russia and Syria, the U.S. should answer for its own record
Written by Brian Kalman
Posted October 24, 2018

The world is once again witnessing the height of U.S. hypocrisy as members of the U.S. State Department ratchet up anti-Russian and anti-Syrian rhetoric surrounding the use of chemical weapons in Syria and the UK. Ambassador Nikki Haley has warned Syria, Iran and Russia that they will be held accountable for their pre-determined use of chemical weapons in Idlib on innocent civilians. No evidence was provided to support her threats.

The United States carried out cruise missile strikes on two previous occasions, and each time provided no evidence to prove their assertion that the Syrian government used chemical weapons in attacking civilians, nor was any rational reason given for such an obviously irrational decision on the part of the Syrian state. No evidence has ever been provided to justify the clear international crime of aggression committed by the United States on these two earlier occasions.

Now, the UK and the U.S. are both attempting to accuse the Russian government of using chemical weapons in an alleged attempted assassination of a Russian national on UK soil. Once again, no real evidence has been presented, only assertions and hearsay. More… 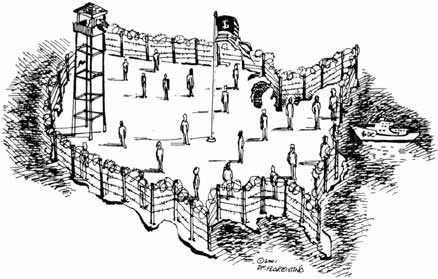 Most Americans and people around the world do not know that slavery is allowed in prisons by the U.S. Constitution. The Thirteenth Amendment, which ratified the abolition of chattel slavery of African Americans won in the Second American Revolution (Civil War), contained a fatal flaw. It allowed slavery of people convicted of a crime, i.e. prisoners, although not of ownership of them (chattel slavery).

While the Black movement in the 1960s and ‘70s overthrew the Jim Crow system, prison slave labour has continued throughout the country.

The current action by prisoners must be seen as a part of the labour movement, as a movement of part of the working class, whose employment as slaves lowers the wages and conditions of the whole working class. More…

Monsanto-Bayer: Eliminating the Name Will Not Erase the History

[Justice]
Monsanto-Bayer: Eliminating the Name Will Not Erase the History
by Ruchi Shroff
Posted October 6, 2018

Cancelling out Monsanto’s name and keeping only that of Bayer, does not mean forgetting the wrongoings of a company which, according to the verdict of the Monsanto Tribunal of The Hague, is stained with crimes of ecocide. With Bayer’s official takeover of Monsanto, the giant multinational also inherits its liabilities. On the eve of the start of the integration process , Monsanto has been held liable for causing cancer through the use of its glyphosate-based weedkiller Roundup and ordered to pay $289 million of damages to the plaintiff Dewayne Lee Johnson in the first landmark case, settled in California in mid August 2018.

The jury also found that Monsanto “acted with malice or oppression.” According to Reuters, the number of lawsuits brought against Bayer’s newly acquired Monsanto is approximately 8000 in the US alone. UN experts Ms Hilal Elver, Special Rapporteur on the right to food and Mr. Dainius Pūras, Special Rapporteur on the right to physical and mental health, defined the ruling “a significant recognition of the human rights of victims, and the responsibilities of chemical companies.” More…

[Justice]
North Carolina Woman ARRESTED for Saving 27 Cats & Dogs Without Permission (And How You Can Help)
by Daisy Luther
Posted September 26, 2018 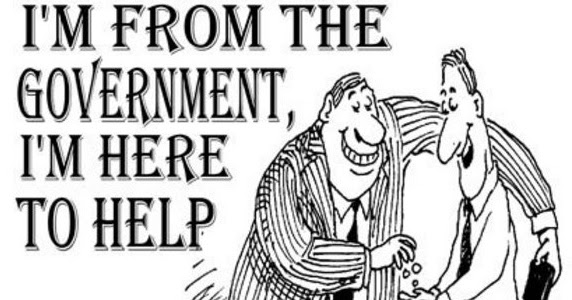 A woman from Wayne County, North Carolina did the right thing during the chaos of Hurricane Florence and she got arrested for it because she didn’t ask the government’s permission.

When Tammy Hedges saw that her neighbors had left behind 27 cats and dogs when they fled Hurricane Florence, she jumped into action to save their lives.

Hedges, a resident of Wayne County, North Carolina, was taken into custody Friday after providing care to more than two dozen animals – 17 cats and 10 dogs – for owners who had to evacuate before the storm hit. “The owners got to evacuate. They got to save themselves. But who’s going to save those animals? That’s what we did,” Hedges said. “We saved them.”

The owner of Crazy’s Claws N Paws, a donation-based animal rescue center, was in the process of converting a warehouse space into a proper animal shelter when she decided to use the building to help keep pets dry. However, her facility was not legally registered as a shelter. More…

Bad Chicago Cops Spread Their Misconduct Like a Disease

Because Chicago’s police complaints can list multiple officers at once, it’s possible to build a giant social network of police interactions.

From 1972 to 1991, a Chicago detective named Jon Burge led a group of police officers in torturing confessions out of suspects. They called themselves the “Midnight Crew,” and their behavior eventually resulted in the jailing of Burge and the creation of a reparations council to pay the victims. More recently, the Baltimore Police Department’s Gun Trace Task Force was found to have planted evidence, assaulted innocent citizens, and committed overtime fraud.

Many of the most egregious examples of police misconduct arise from tightly knit groups of officers like these. That’s no accident. Recently released data from the Chicago police department shows that misconduct spreads from officer to officer like an infectious disease. And the same behavior that leads cops to violate the rules often predicts whether they will participate in a shooting. More…

From Boston to Ferguson to Charlottesville: The Evolution of a Police State Lockdown

[Justice]
From Boston to Ferguson to Charlottesville: The Evolution of a Police State Lockdown
By John W. Whitehead
Posted September 24, 2018

It has become way too easy to lockdown this nation.

Five years ago, the city of Boston was locked down while police carried out a military-style manhunt for suspects in the 2013 Boston Marathon explosion.

Four years ago, the city of Ferguson, Missouri, was locked down, with government officials deploying a massive SWAT team, an armored personnel carrier, men in camouflage pointing heavy artillery at the crowd, smoke bombs and tear gas to quell citizen unrest over a police shooting of a young, unarmed black man.

Three years ago, the city of Baltimore was put under a military-enforced lockdown after civil unrest over police brutality erupted into rioting. More than 1,500 national guard troops were deployed while residents were ordered to stay inside their homes and put under a 10 pm curfew.

This year, it was my hometown of Charlottesville, Va., population 50,000, that was locked down while government officials declared a state of emergency and enacted heightened security measures tantamount to martial law, despite the absence of any publicized information about credible threats to public safety. More…