Mega Group, Maxwells and Mossad: The Spy Story at the Heart of the Jeffrey Epstein Scandal

[Justice]
Mega Group, Maxwells and Mossad: The Spy Story at the Heart of the Jeffrey Epstein Scandal
by Whitney Webb
Posted August 31, 2019 The picture painted by the evidence is not a direct Epstein tie to a single intelligence agency but a web linking key members of the Mega Group, politicians, and officials in both the U.S. and Israel, and an organized-crime network with deep business and intelligence ties in both nations.

Mega Group members founded and/or are closely associated with some of the most well-known pro-Israel organizations. For instance, members Charles Bronfman and Michael Steinhardt formed Birthright Taglit with the backing of then- and current Prime Minister Benjamin Netanyahu. Steinhardt, an atheist, has stated that his motivation in helping to found the group was to advance his own belief that devotion to and faith in the state of Israel should serve as “a substitute for [Jewish] theology.” More…

Home Equity Theft: How a Man’s Home Was Seized Over $8.41 in Unpaid Taxes

[Justice]
Home Equity Theft: How a Man’s Home Was Seized Over $8.41 in Unpaid Taxes
by Brittany Hunter
Posted August 23, 2019

For three years, the pair scrimped and saved in order to fix up the four-unit property. On the weekends, Ramouldo would spend his days off making the 11-hour drive from New Jersey to Michigan to work on the house, making the much-needed repairs himself. In addition to the small complex, the family had purchased a small home next door. The plan was to renovate and rent out each unit and then use that money to help Ramouldo retire and move his family to the small home in Michigan, where the rest of their extended family resides.

Erica, who had seen her father work long hours and sacrifice to provide for her family over the years, was happy to help her father buy the property. She was eager to begin building her own financial legacy and saw the property as an excellent investment opportunity.

These plans were derailed, however, when their property was seized by Wayne County, Michigan, in 2017 and sold to a private buyer. All because they unknowingly underpaid their tax bill—by $144. More…

JPMorgan Chase has had an uncomfortably cozy relationship with law enforcement through the years. As we reported in 2012, an employee of JPMorgan Chase (along with several other Wall Street bank employees) was allowed to sit elbow to elbow with New York City Police officers in a high-tech surveillance center dubbed the Lower Manhattan Security Coordination Center watching thousands of street-level surveillance cameras as they spied on the comings and goings of pedestrians.

As we wrote at the time, “Not only is it unprecedented for corporations under serial and ongoing corruption probes to be allowed to spy on law abiding citizens under the imprimatur of the largest police force in the country, but the legality of the operation by the NYPD itself is highly questionable.” (See 60 Minutes Takes a Pass on Wall Street’s Secret Spy Center.)

JPMorgan Chase has also through the years maintained a steady roster of former CIA and Secret Service officials. More…

[Justice]
The Warden Tried to Cover Up a Crisis at His Freezing Brooklyn Jail — Then He Got Promoted
by Nick Pinto
Posted August 13, 2019 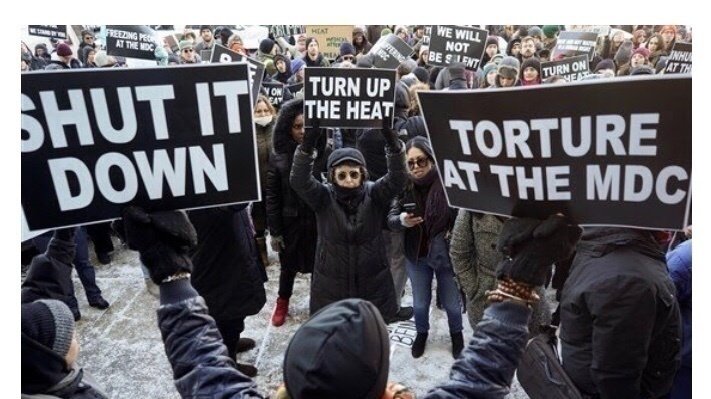 It’s been five months since a crisis of freezing and inhumane conditions at the Metropolitan Detention Center in Brooklyn, New York, when a power failure brought darkness to a detention center already inundated by the January cold. The Bureau of Prisons and the Office of the Inspector General for the Department of Justice both pledged to investigate conditions at the federal jail but have yet to release their reports.

Even as those inquiries remain open, and blame for the crisis remains officially unassigned, Herman Quay, who as warden presided over the jail, has been promoted. As of June 9, Quay has a new job as complex warden overseeing three federal prisons in Allenwood, Pennsylvania, where he is responsible for some 3,400 incarcerated people — roughly twice as many as he was charged with in Brooklyn.

Quay didn’t just preside over the crisis, he attempted to conceal it. He told the press that reports of inadequate heat in the cells were “inaccurate” and that incarcerated people had been “out all week” in common areas, rather than locked down in their cells. His staff initially tried to blame the power outage on Con Edison. More… 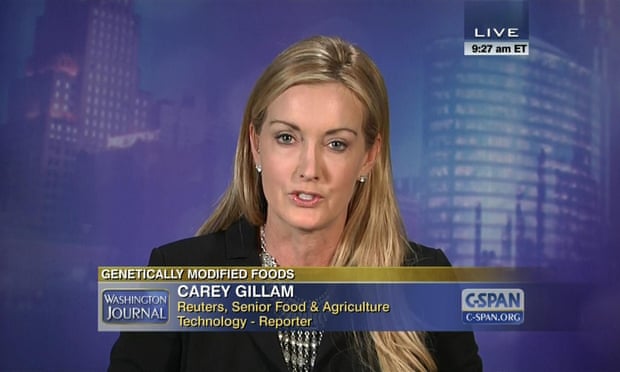 Monsanto operated a “fusion center” to monitor and discredit journalists and activists, and targeted a reporter who wrote a critical book on the company, documents reveal. The agrochemical corporation also investigated the singer Neil Young and wrote an internal memo on his social media activity and music.

The records reviewed by the Guardian show Monsanto adopted a multi-pronged strategy to target Carey Gillam, a Reuters journalist who investigated the company’s weedkiller and its links to cancer. Monsanto, now owned by the German pharmaceutical corporation Bayer, also monitored a not-for-profit food research organization through its “intelligence fusion center”, a term that the FBI and other law enforcement agencies use for operations focused on surveillance and terrorism. More…

The Facts:
Monsanto has repeatedly targeted journalists, writers, farmers, scientists and others who exposed the true nature of the corporation.

Reflect On:
How can a corporation get away with spying, surveilling, and smearing people? Why are none of the top executives not sitting in prison?

The ‘Citizens United’ decision and why it matters

[Politics]
The ‘Citizens United’ decision and why it matters
by John Dunbar
Posted August 10, 2019

By now most folks know that the U.S. Supreme Court did something that changed how money can be spent in elections and by whom, but what happened and why should you care?

The Citizens United ruling, released in January 2010, tossed out the corporate and union ban on making independent expenditures and financing electioneering communications. It gave corporations and unions the green light to spend unlimited sums on ads and other political tools, calling for the election or defeat of individual candidates.

In a nutshell, the high court’s 5-4 decision said that it is OK for corporations and labor unions to spend as much as they want to convince people to vote for or against a candidate. More…

The Facts:
It is pretty obvious to most people that the Citizen’s United decision effectively legalized bribery of “our” elected officials.

Reflect On:
How can a representative represent you when they are being paid millions to represent others?

Commerce is not a dirty word, nor is the creation of wealth when it is achieved within a free market economy. The problem is that the remnant of a free market existed only in an age before the mercantile interests were able to redefine the character of business transactions. Today, few question the nature of the corporation. Even small business ventures migrate towards the organizational structure of a corporate entity.

What is a corporation? Ambrose Bierce’s Devil’s Dictionary defines it as ‘an ingenious device for obtaining profit without individual responsibility’. It is a legal construct, a charter granted by the state to a group of investors to gather private funds for a specific purpose. Originally, charters were granted in the service of a public purpose, and could be revoked if this were not fulfilled.

The relationship between state and corporation is a complex one. Over the past 400 years corporations have conquered territory and brought in resources for the state, breaking laws put in place to constrain them and gaining in power and privilege. History shows a repetitive cycle of corporations over-reaching, causing such social turmoil that the state is forced to reign them back in through regulation. More…

The Facts:
Corporations have now grown more powerful than the governments that initially granted their charters. It is no secret that because of this new power shift, governments now serve transnational corporate and big money interests.

Reflect On:
Consider the consequences of allowing corporations to continue to get larger and larger through acquisitions and mergers. What will the world look like when a small handful of corporations control almost all production, financial transactions, media outlets, and own most of the resources in the world?

[Justice]
The Death of Privacy
by Philip Giraldi
Posted August 7, 2019 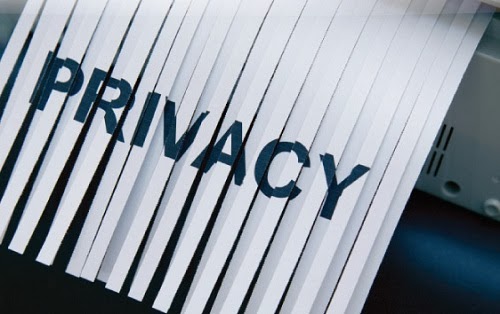 It is discouraging to note just how the United States has been taking on the attributes of a police state since 9/11. Stories of police raids on people’s homes gone wrong are frequently in the news. In one recent incident, a heavily armed SWAT team was sent to a St. Louis county home. The armed officers entered the building without knocking, shot the family dog and forced the family members to kneel on the floor where they were able to watch their pet struggle and then die. The policemen then informed the family that they were there over failure to pay the gas bill. Animal rights groups report that the shooting of pets by police has become routine in many jurisdictions because the officers claim that they feel threatened.

Courts consistently side with police officers and with the government when individual rights are violated while the Constitution of the United States itself has even been publicly described by the president as “archaic” and “a bad thing for the country.” The National Security Agency (NSA) routinely and illegally collects emails and phone calls made by citizens who have done nothing wrong and the government even denies to Americans the right to travel to countries that it disapproves of, most recently Cuba. More…