This holiday week, we saw yet another high-profile “foiled” terror plot. And once again, when one looks closely at the government’s case, it consists of an FBI ruse, driven largely by the government itself. According to The Washington Post, the suspect, Demetrius Pitts, “indicated to [an] FBI employee he did not want to detonate any bombs himself” and the FBI special agent in charge “conceded it was unclear whether Pitts had the means to carry out an attack by himself.”

The FBI even gave Pitts a bus pass and a cellphone so he could “carry out” the entirely theoretical attack on an Independence Day parade in Cleveland.

Human rights groups and independent researchers have found between 67 percent and 99 percent of nominal terror cases involve varying degrees of FBI involvement, often with the bureau acting as the primary engine—providing materials, plans and encouragement to a “suspect,” often after he or she merely expresses pro-jihadist sympathies online. More…

Freedom of the Press Foundation is launching an online archives collection in partnership with Archive-It, a service developed by the Internet Archive to help organizations preserve online content. Our collection, focusing on news outlets we deem to be especially vulnerable to “billionaire problem,” aims to preserve sites in their entirety before their archives can be taken down or manipulated.

To start our collection, we used Archive-It to crawl the entirety of Gawker.com, which we conducted amidst speculation that its archives might be purchased by a hostile party. Reported suitors have included Peter Thiel—who bankrolled the legal campaign that ultimately crushed the site—and more recently Mike Cernovich, who the site once described as a “D-list right-winger.”

We also captured a copy of L.A. Weekly shortly after its new owners—the identity of whom was initially concealed, even from its employees—restructured the operation and eliminated most of the writing jobs. More… The United Nations considers one nation abducting the citizens of another a crime against humanity. But that don’t stop the US government from sponsoring abduction and extrajudicial transfer of person to CIA Black Sites with our without the consent of concerned countries. For participating in this extraordinary rendition nations like Poland were given $15 million, but alas in turn it had to pay $250,000 to their torture victims.

Owing to massive public outcry and even several movies made over this controversial CIA practice of Rendition, it was largely shutdown by the Obama administration; who now were focusing their energies in devising innovative ways to dispose off their enemies nominated for killing at the weekly counter-terrorism meeting in the White House situation room that known as Terror Tuesday. More…

As a transnational journalistic entity that is entirely funded by public donations, WikiLeaks places no allegiance to any nations, corporations or political ideology. Its sole loyalty lies in the principle of democracy, using a leak as a tool for information warfare to perform a function of watchdog, restricting the power of institutions and protecting the rights of individuals. This fidelity to checks and balances is demonstrated in Assange’s ability to speak truth, no matter who is in power.

WikiLeaks, as the world’s first global Fourth Estate, extended the freedom of speech, not only for Americans, but for people all around the world. As of late 2016, it published 10 million documents with a pristine record of authentication. The organization, by making full archives available in a searchable format, brought back information that belongs to the public, directly into their own hands. More…

George Orwell’s Guide to the News

The Western mainstream media falsifies the news resorting to euphemisms, half-truths and lies in the best (worst) style of George Orwell’s novel 1984.

We all live in the unreal world of “Newspeak” used by the Global Power Elite to control our minds.

Man gets confused when things that happen around him and to him, or which are done in his name, cannot be properly grasped, understood or made sense of.

Normally, such confusion leads to inaction. If you’re lost at night in the middle of a forest but you can still see the stars, then a bit of astronomical knowledge will at least quickly tell you which way is north. More…

The New York Times is aware of this, and as evidenced by McCraw’s comments it is also aware of the dangerous precedent that such a prosecution would set for all news media publications. The New York Times editorial staff are aware that the US government prosecuting a publisher for publishing important documents that had been hidden from the public would make it impossible for the Times to publish the same kind of material without fear of the same legal repercussions. More…

The White Helmets do not call for Peace, they effectively lobby for war.

The White Helmets are not a “Humanitarian” organisation according to the many civilian testimonies I recorded in Eastern Ghouta and East Aleppo, the two areas where the greatest concentration of this organisation could be found prior to liberation by the SAA and allies. Even refugees from Idlib, almost the last terrorist/White Helmet stronghold in Syria, have told me the same thing. I met one SARC (Syrian Arab Red Crescent) volunteer in Hama. She had been working in Idlib before it became too dangerous and she told me:

Anyone who even slightly suspects that the “White Helmets” narrative is corporate main steam media produced propaganda should read this author and others mentioned in this article. 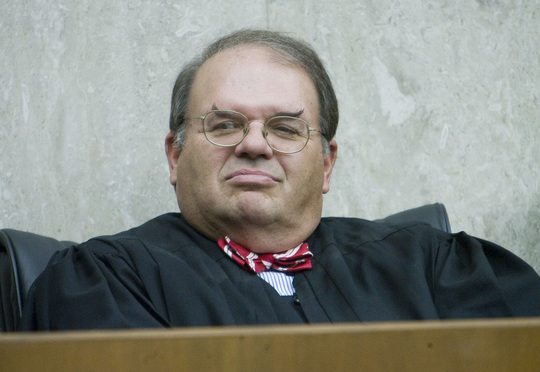 Unless overturned by Supreme Court rulings, ending Net Neutrality and the AT&T/Time Warner merger could kill digital democracy in America – the last frontier of press freedom.

America is run by men and to a much lesser degree by ideologically likeminded women – not laws or high moral standards. Executive, congressional, and judicial officials systematically lie, connive, and pretty much do what they please for their own self-interest. Democracy is pure fantasy. Most High Court and other federal judges are as unprincipled and deferential to powerful interests exclusively as political officials in Washington, states and local governments.