Time For The Internet To Be Controlled By The Public, Not Corporate Interests

[Media]
Time For The Internet To Be Controlled By The Public, Not Corporate Interests
by Howie Hawkins
Posted October 7, 2019

It is time for the public to take back control of the Internet, a technology that was created with public dollars, so it serves the people’s interests. Under President Trump there have been backward steps for the Internet and mass communication. The Federal Communications Commission (FCC) has always been corporate occupied territory. The next president needs to appoint commissioners who represent the public interest, not the corporate interests of telecoms.

Elected officials need to respond to the necessities of the people, not the oligopoly profits of corporate interests.

There are serious problems with Internet policy in the United States that are the predictable outcome of the FCC consistently placing corporate interests above the public interest. The Federal Communications Commission reports that 21.3 million Americans don’t have access to high-speed broadband. This is because profit, not public service, rules the FCC and the telecom industry. More…

Bankrupt and Irrelevant: the Presidential Debates and Four Recent Studies on Pentagon Spending

In the almost 12 hours of Democratic Party presidential primary debates on June 26-27 and July 30-31, the words “Pentagon budget” or “defense spending” were not uttered, except for a fleeting, unanswered comment from Senator Bernie Sanders. Nor did any of the cable news moderators ask a single question about the more than $1.25 trillion dollars spent in 2019 for national security.

This is sad but unsurprising. Despite the parade of scandals and the billions of dollars wasted on poorly performing, schedule busting, cost exploding weapons systems, the dismal failure of the Department of Defense’s (DOD) audit, the grossly overpriced spare parts, the ethically challenged senior leaders and the widely reported collapse in training and readiness, the issue of Pentagon spending and a decaying defense has been steadfastly shunned by both the candidates and the debate moderators. More…

A declassified document from the CIA archives in the form of a letter from a CIA task force addressed to the Director of the Central Intelligence Agency details the close relationship that exists between the CIA and mainstream media and academia.

Although it is a document outlining their desire to become more open and transparent, the deception outlined by various whistleblowers (example) requires us to read between the lines and recognize that the relationships shared between intelligence agencies and our sources of information are not always warranted and pose inherent conflicts of interest.

Herein lies the problem: What is “national security,” and who determines that definition? JFK bravely told the world that the “dangers of excessive and unwarranted concealment of pertinent facts far outweigh the dangers which are cited to justify it.” More… 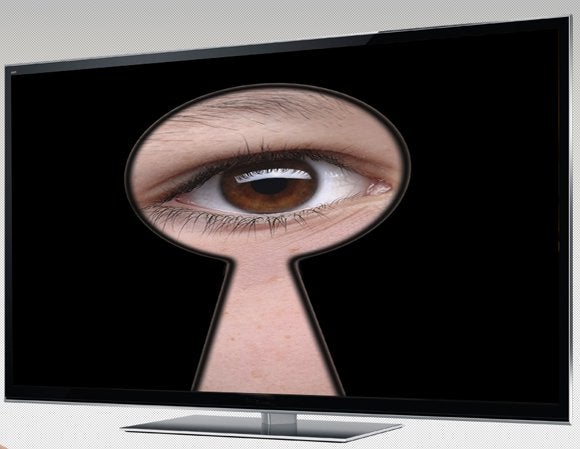 Police want the names and addresses of people who own Ring cameras so they can tap into a private surveillance network.

Cities and local police departments have asked Ring, Amazon’s home security company, to share the names, home addresses, and email addresses of every person who has bought a home surveillance camera through taxpayer-funded subsidy programs Motherboard has learned.

Matthew Guariglia, a surveillance policy analyst for the Electronic Frontier Foundation, told Motherboard in a phone call that people may not also understand Ring products are a part of a larger private surveillance network. More…

The Facts:
Surveillance by the government is increasing and now governments are using private residential cameras as part of their surveillance network.

Reflect On:
What sort of corporation sells out its customers to provide private information to the government? Why are no warrants necessary for this type of privacy invasion? Consider the larger surveillance picture now with televisions, Alexa, cell phone carriers, and others tracking all your activities. Do you feel free?

In response to this cartoonish display of billionaire-sponsored performance art, The Hill‘s Krystal Ball and Saagar Enjati aired a segment on their online show Rising which is as damning an exposé on the dynamics of mass media empire propaganda as we are ever likely to witness. With startling frankness and honesty, the pair disclose their experience with the way anyone who is critical of the establishment consensus is excluded from mainstream media platforms, as well as the way access journalism, financial incentives, prestige incentives and peer pressure are used to herd mainstream reporters into toeing the establishment line once they’re in. More…

Google’s Sensorvault Can Tell Police Where You’ve Been 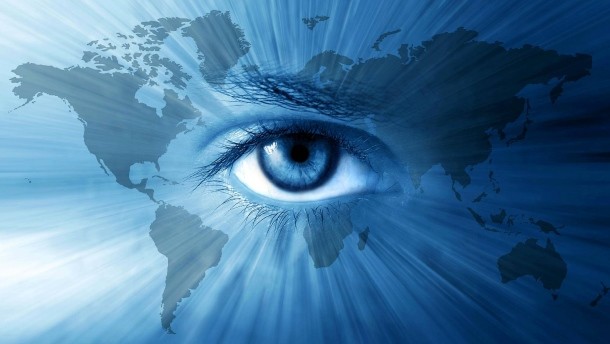 Do you know where you were five years ago? Did you have an Android phone at the time? It turns out Google might know—and it might be telling law enforcement.

In a new article, the New York Times details a little-known technique increasingly used by law enforcement to figure out everyone who might have been within certain geographic areas during specific time periods in the past. The technique relies on detailed location data collected by Google from most Android devices as well as iPhones and iPads that have Google Maps and other apps installed. This data resides in a Google-maintained database called “Sensorvault,” and because Google stores this data indefinitely, Sensorvault “includes detailed location records involving at least hundreds of millions of devices worldwide and dating back nearly a decade.”

The data Google is turning over to law enforcement is so precise that one deputy police chief said it “shows the whole pattern of life.” It’s collected even when people aren’t making calls or using apps, which means it can be even more detailed than data generated by cell towers.

The Facts:
The Constitution provides at least some limited protection against government surveillance of citizens. However, transnational corporations are are not concerned of the privacy protections offered by Constitution.
Reflect On:
If corporate surveillance is allowed to continue to grow, and it continues “cooperation” with governments, how will this affect your freedoms? Do you believe that anyone under 24 hour surveillance is really free? Should Orwellian surveillance capitalism even be allowed to exist?

The 6 Monolithic Corporations That Control Almost Everything We Watch, Hear And Read

[Media]
The 6 Monolithic Corporations That Control Almost Everything We Watch, Hear And Read
By Michael Snyder
Posted September 8, 2019

Back in 1983, approximately 50 corporations controlled the vast majority of all news media in the United States.

Today, ownership of the news media has been concentrated in the hands of just six incredibly powerful media corporations. These corporate behemoths control most of what we watch, hear and read every single day.

They own television networks, cable channels, movie studios, newspapers, magazines, publishing houses, music labels and even many of our favorite websites. Sadly, most Americans don’t even stop to think about who is feeding them the endless hours of news and entertainment that they constantly ingest.

Most Americans don’t really seem to care about who owns the media. But they should. The truth is that each of us is deeply influenced by the messages that are constantly being pounded into our heads by the mainstream media. The average American watches 153 hours of television a month. More…

The Facts:
Six giant corporations control the vast majority of the media. The media they control have largely failed to provide their viewers accurate and unbiased information.

Reflect On:
Consider the source of any “news” you are receiving. Who benefits and who loses? Has the media outlet always provided accurate and fully vetted information or does it use terms like “inside sources”, anonymous sources”, or “people say”? Did the media outlet fully vet the claim of weapons of mass destruction in Iraq, or did it simply parrot government statements? Does it back up its claims with reliable sources or does it sling innuendoes?

How To Avoid Being Called A Russian Agent Online

[Media]
How To Avoid Being Called A Russian Agent Online
by Caitlin Johnstone
Posted August 30, 2019

The article’s four authors boldly document the shocking, bombshell findings of a Clemson University study that “almost 30 suspicious Twitter accounts” were involved in retweeting videos of racist behavior from white Americans, and, as alert readers should all be aware by now, “suspicious” is another word for “Russian”. Since we all know that racism has never been a problem in America and only Russian agents could possibly promote such an outlandish idea, we can safely assume that anyone we see sharing viral videos of white Americans being horrible to minorities is a subversive agent of the Kremlin. More…