Welcome to THE GLOBAL GULAG… Let’s start with the timing. Why was the virus, or bioweapon if that’s what it is, released when it was? The answer to that is simple; after years of exponentially increasing fiscal profligacy, debt across all levels of society had risen to wild unsustainable extremes so that the world economic system was teetering on the verge of collapse – witness the Fed’s emergency interventions in the repo markets last Fall.

If the system was about to collapse those in power didn’t want to take the blame for it, so they needed a scapegoat, enter the virus – “Oh it wasn’t our mismanagement that caused the system to implode it was the virus”

In the United States, which is one of the countries that will be hardest hit by the economic meltdown, they are playing a very crafty game by pitting Left against Right and black against white. The name of the game is “divide and conquer” – the masses will be too busy hating and killing each other to go after their joint enemy. So the Left call for draconian State intervention to stop the spread of the virus and the Right call for draconian State intervention to stop the rioting, which was bankrolled by powerful forces.

The World is Waking Up… and It’s Magic to Watch!

[Spiritual]
The World is Waking Up… and It’s Magic to Watch!
By Phillip J. Watt
Posted September 18, 2020

It’s inspiring to witness many of the Earth’s people, especially in the Western world, becoming aware of the deep corruption in our social system — particularly because we are building our innate capacity to actually do something about it.

More and more people now understand that we are ruled via a corporatocracy where the money supply, banking, governmental policy and other vital public infrastructure has been hijacked by oligarchs and the ‘corporate elite’. In addition, public discourse and the official narratives are dictated by the corporate media who are owned by the same people who control politics and macro public policy, as well as the unprecedented wealth they have at their disposal. More…

From Blue Shirts to Brown 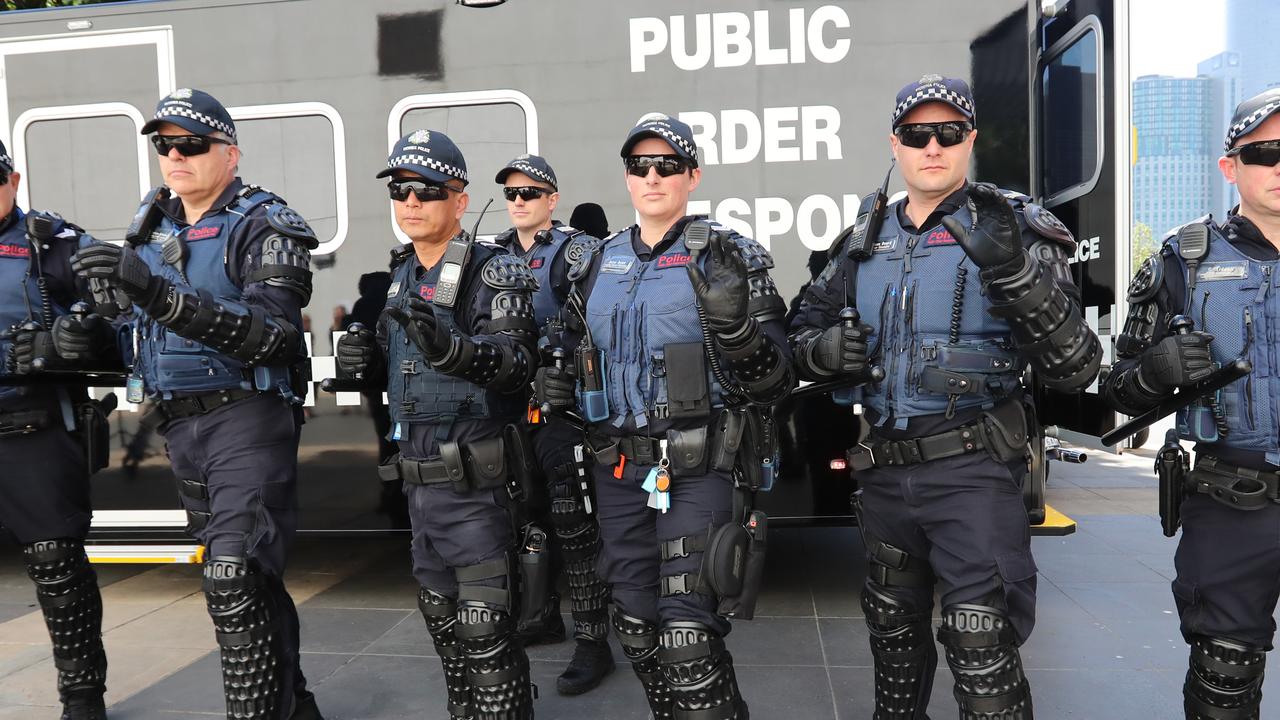 “On at least 3 or 4 occasions in the past week we’ve had to smash the windows of people in cars and pull them out of there so they could provide their details – because they weren’t telling us where they were going; they weren’t adhering to the chief health officer’s guidelines, they weren’t providing their name and their address.” – Shane Patton, Victorian Chief Police Officer 04/08/2020 We Need a Principled Anti-Lockdown Movement

[Politics]
We Need a Principled Anti-Lockdown Movement
by Jeffrey A. Tucker
Posted September 16, 2020 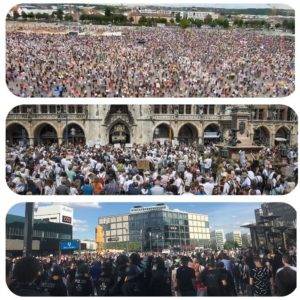 Shell-shocked is a good way to describe the mood in the U.S. for a good part of the Spring of 2020. Most of us never thought it could happen here. I certainly did not, even though I’ve been writing about pandemic lockdown plans for 15 years. I knew the plans were on the shelf, which is egregious, but I always thought something would stop it from happening. The courts. Public opinion. Bill of Rights. Tradition. The core rowdiness of American culture. Political squeamishness. The availability of information.

Something would prevent it. So I believed. So most of us believed.

Still it happened, all in a matter of days, March 12-16, 2020, and boom; it was over! We were locked down. Schools shut. Bars and restaurants closed. No international visitors. Theaters shuttered. Conferences forcibly ended. Sports stopped. We were told to stay home and watch movies…for two weeks to flatten the curve. Then two weeks stretched to five months. How lucky for those who lived in the states that resisted the pressure and stayed open, but even for them, they couldn’t visit relatives in other states due to quarantine restrictions and so on. More…

Dismantle the Department of Homeland Security. Its Tactics are Fearsome

People across the political spectrum watched in disbelief as federal agents were deployed to American cities — despite objections by mayors and governors — to escalate violence against protesters. Paramilitary forces abducted people exercising their constitutional rights in Portland, placed them in unmarked vehicles and took them to undisclosed locations.

The tactics deployed by DHS agents are unlawful and shocking, but they are no surprise: Back in 2002, we at the ACLU called the initial blueprints for the behemoth bureaucracy “constitutionally bankrupt.”

Dismantling DHS, breaking it apart into various federal agencies, and shrinking its allocation of federal dollars will allow for more effective oversight, accountability and public transparency. The spun-off agencies will have clearer missions and more limited functions. A behemoth of a federal agency too easily hides its problems and failings. Congressional oversight can be more readily divided among various congressional committees. Smaller agencies with clearer mandates will make the Cabinet-level jobs more attractive to top-notch professionals. More…

Architects of Power: How the Global Elite Profit from Extreme Inequality & Pre-empt the Backlash 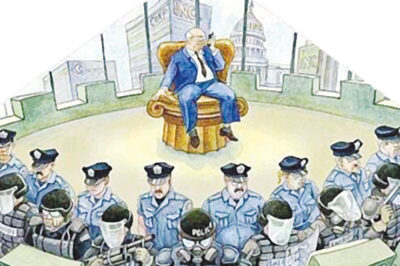 There is a new, mega-rich global elite consisting of a small number of billionaires and multibillionaires. Many of them made their money in the technology sector. Others play financial markets or inherit fortunes. They are wealthier and more powerful than some entire nation-states.

The mega-rich deliberately order the world in ways that guarantee their wealth by institutionalising inequality. Occasionally, this is admitted. In 1997, a book published by the Royal Institute for International Affairs in the UK acknowledged: “The present international order may not be the best of all possible worlds, but for one of the ‘fat cats of the West’ enjoying a privileged position in an international society that is structured and organised in ways which perpetuate those privileges, there are good reasons for not pursuing radical change.” More…

Sweden’s Success is Kryptonite for Lockdown and Mask Advocates Here in the United States, we have become inundated with tales of COVID-19 doom and gloom. In America, the mainstream narrative is rife with hopelessness. We are told that there is simply no way to stop this virus without repetitive lockdowns, healthy quarantine, even of asymptomatic individuals, and universal mask mandates. And even with all of those extreme policy measures put in place, the politicians and public health officials tell us that we will have to wait for a vaccine for the country to even think about our “new normal” following the COVID-19 pandemic.

There’s one country that they don’t seem to want to talk about – Sweden. And for good reason. Sweden debunks the hysteria. Sweden shows how unnecessary all of the interventions to “fight” the virus are. Sweden shows us that a rational, evidence-based approach to the pandemic is now thriving. More…

P Is for Predator State: The Building Blocks of Tyranny from A to Z

[Social]
P Is for Predator State: The Building Blocks of Tyranny from A to Z
By John W. Whitehead
Posted September 12, 2020 While America continues to fixate on the drama-filled reality show scripted by the powers-that-be, directed from the nation’s capital, and played out in high definition across the country, the American Police State has moved steadily forward.

The COVID-19 pandemic has been a convenient, traumatic, devastating distraction.

The American people, the permanent underclass in America, have allowed themselves to be so distracted and divided that they have failed to notice the building blocks of tyranny being laid down right under their noses by the architects of the Deep State.

Trump, Obama, Bush, Clinton: they have all been complicit in carrying out the Deep State’s agenda. Unless something changes to restore the balance of power, the next president—the new boss—will be the same as the old boss.

Frankly, it really doesn’t matter what you call the old/new boss—the Deep State, the Controllers, the masterminds, the shadow government, the corporate elite, the police state, the surveillance state, the military industrial complex—so long as you understand that no matter who occupies the White House, it is a profit-driven, an unelected bureaucracy that is actually calling the shots. More… 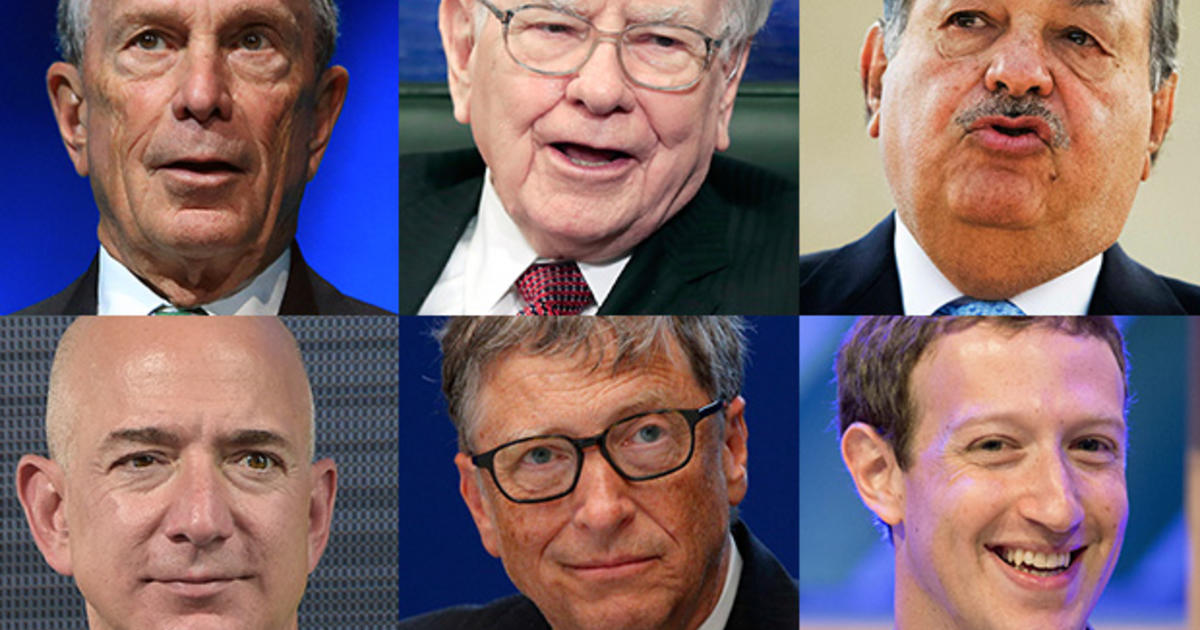 Wealth inequality is nothing new, but it’s reached staggering proportions in 2020. An Oxfam report released in January found that the world’s 2,153 billionaires have more wealth than that of 4.6 billion other people combined — meaning they are wealthier than 60% of the earth’s entire population combined.