I’m a Journalist but I Didn’t Fully Realize the Terrible Power of U.S. Border Officials Until They Violated My Rights and Privacy

[Justice]
I’m a Journalist but I Didn’t Fully Realize the Terrible Power of U.S. Border Officials Until They Violated My Rights and Privacy
by Seth Harp
Posted July 30, 2019

I should have kept my mouth shut about the guacamole; that made things worse for me. Otherwise, what I’m about to describe could happen to any American who travels internationally. It happened 33,295 times last year.

My work as a journalist has taken me to many foreign countries, including frequent trips to Mexico. On May 13, I was returning to the U.S. from Mexico City when, passing through immigration at the Austin airport, I was pulled out of line for “secondary screening,” a quasi-custodial law enforcement process that takes place in the Homeland Security zone of the airport.

We passed through a detention area harshly illuminated by fluorescent lights where armed CBP officers in dark uniforms outnumbered the few tired-looking travelers. The officers all had Homeland Security patches on their shoulders and pistols on their belts. Moncivias sat me down in a side room with a desk, two chairs, and a microscope on a filing cabinet. He left the door open. More…

The Facts:
The Customs and Border Patrol (CBP) are becoming more and more aggresive. The targets started out being migrants and supposed terrorists. However as usually happens with unchecked power, it turned against other Americans as well.

Reflect On:
The next time someone cheers or approves of abuses by CBP or any other police agency, think about how that abuse could be turned against you and those you love.

Read THIS Before Cheering the Next War

[Politics]
Read THIS Before Cheering the Next War
by Washingtons Blog
Posted July 29, 2019

Over two thousand years ago, the Greek writer Aeschylus said:

“In war, truth is the first casualty.”

In reality, however, wars are often planned for political reasons (having to do with money, resources or other goals which may have nothing to do with directly protecting one’s country or people) and then false intelligence is created to “justify” the start of the war.

Scores of officials throughout the world have admitted (either orally, in writing, or through recordings, photographs or videos) to carrying out, seriously proposing, or faking attacks which they blamed on others as a way to falsely start wars or shut down free speech: More…

The Facts:
Nations and political leaders have long used false scenarios to justify going to war. The greatest recent example is the claim of weapons of mass destruction in Iraq to justify an illegal war.

Reflect On:
Given the long and proven history of false flags, consider whether what you are hearing on the news is actually factual or simply designed to whip up support for a war. Who will benefit from such as war? What institutions or entities are spreading the lies that deceive people? 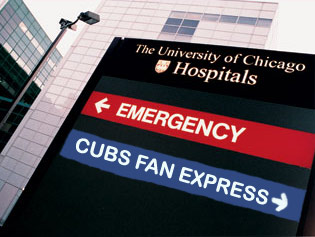 Dinerstein’s lawsuit claims that EHRs contain patient information ranging from height and weight to diseases they carry such as AIDS or diabetes and medical procedures they have undergone.

Everyone has passing intrusive thoughts that seem to come from outside their control: The content may feel alien, absurd, or threatening, and they pass after a few weird moments. Intrusive thoughts can be frightening worries about what might happen to you or someone you care about, or what mistake you might make, or what terrible impulsive act you might possibly commit.

People who experience unwanted intrusive thoughts become afraid that they might commit the acts they picture in their mind. They also fear that the thoughts mean something terrible about them. Many are ashamed and worried about these thoughts, and therefore keep them secret.

People who are bothered by intrusive thoughts need to learn a new relationship to these sticky thoughts—that their content is irrelevant and unimportant. Virtually everyone has occasional weird, bizarre, socially improper, annoying, and violent thoughts. More…

US Government Tops All for Creating Refugees

[Social]
US Government Tops All for Creating Refugees
by Eric Zuesse
Posted July 26, 2019 On June 19th, Statistica headlined “Number of forcibly displaced people reaches new high”, and when one looks at the data, one finds an even bigger story which stands behind those numbers:

This new report from the United Nations documents Statistica’s headline, and it proves that America’s regime-change operations have actually created around half of the world’s refugees. It proves that America’s penchant for invading and trying to overthrow the governments that its billionaires want to replace (“regime-change”) has been by far the biggest of all single causes of refugees worldwide, vastly higher than any other government. Regardless of how bad those other governments might possibly be, the US regime is far worse — at least as being the cause, the creator, of the world’s refugee problems. More…

Global outcry erupted on Monday—with one critic condemning the move as “ethnic cleansing with impunity”—after Israeli forces demolished dozens of homes in Sur Baher, a Palestinian village that straddles East Jerusalem and the occupied West Bank.

“These demolitions are a flagrant violation of international law and part of a systematic pattern by the Israeli authorities to forcibly displace Palestinians in the occupied territories; such actions amount to war crimes,” Saleh Higazi, deputy Middle East and North Africa director for Amnesty International, said in a statement Monday. More…

Reflect On:
When creating more and more settlements and actions such as this take place, they make a 2 state solution impossible. So what is left……., a final solution?

CIA Finances Another Group of Fraudsters: the Venezuelan ‘Opposition’ Once again, the Central Intelligence Agency has been caught financing a group of grifters and fraudsters at the expense of the American taxpayers. In the latest case, just another in the agency’s 72-year history, the Trump administration-appointed ad hoc board of CITGO, the US subsidiary of the state-owned Venezuelan oil company, PDVSA, stands accused of steering $70 million of escrowed funds, earmarked for PDVSA’s fiscal year 2020 bond, to the pockets of CIA-supported officials of the Venezuelan opposition “Popular Will” party headed by the so-called “interim president” of Venezuela, Juan Guaidó.

In addition to Guaidó, who is accused by the legitimate Venezuelan government of money laundering, treason, and corruption, other Popular Will leaders under investigation by both the Venezuelan Attorney General and the US Justice Department include Carlos Vecchio, Guaidó’s envoy in Washington; Rossana Barrera and Kevin Rojas, Guaidó’s emissaries in Cucuta, a Colombian-Venezuelan border town; Sergio Vargara, Barrera’s brother-in-law and a Member of the Venezuelan Congress; Guaidó’s “ambassador” to Colombia, Humberto Calderon Berti, opposition businessman Miguel Sabal; and Guaidó’s chief of staff, Roberto Marrero. Over two dozen other Popular Will leaders are also under investigation for fraud involving money earmarked by the Trump administration, particularly Iran-Contra scandal felon and current Trump special envoy for regime change in Venezuela, Elliot Abrams. More…