The War on Human Consciousness

Many of us wonder if we will ever feel better, if the Earth will ever heal. There are scares about climate change, about mass extinction of entire species and about the future of humanity itself.

But the greatest danger to the human race is our own unwillingness to pull the blinders off of our eyes. Smartphones have taken over many people’s consciousness to the point where they are numbing themselves to their loved ones and to their own souls. Our addiction to the news and to sources we think are telling us the truth have turned friends and family against each other just because they voted for a certain person for President.

We have reached a point when people can choose the path of love, healing, forgiveness, kindness and freedom. It is a path that requires great courage, risk and overcoming fear. The alternative is the path of being afraid, of going along with the crowd and of making choices based on worry about worst-case scenario. We have free will as human souls. We can choose love, or we can choose fear. Often we choose a mixture of both. More…

Facebook May Pose a Greater Danger Than Wall Street

On June 18, Facebook unveiled a white paper outlining ambitious plans to create a new global cryptocurrency called Libra, to be launched in 2020.

To the crypto-anarchist community, usurping the power of central banks and governments may sound like a good thing. But handing global power to the corporate-controlled Libra Association could be a greater nightmare. So argues Facebook co-founder Chris Hughes, who writes in The Financial Times:

This currency would insert a powerful new corporate layer of monetary control between central banks and individuals. Inevitably, these companies will put their private interests — profits and influence — ahead of public ones.

What Libra backers are calling ‘decentralisation’ is in truth a shift of power from developing world central banks toward multinational corporations and the US Federal Reserve and the European Central Bank. More…

The Facts:
The new proposed Libra currency threatens to privatize money creation under corporate governance, while further entrenching the Euro and US Dollar and undermining small local currencies. This could also be leading the way towards a cashless society.

Reflect On:
Consider what the world will be like once the transnational corporations have control of the world’s money creation. Consider life not in a “company town” with company owned stores, but a company world where “your” money can only be spent in company stores. Consider life where governments and/or corporations know everything you do and purchase and you having no privacy at all. So we’re seeing a pattern already. You can choose to ignore it or dismiss it with a pleasant story, or you can acknowledge that we appear to be in the midst of a rapidly escalating shutdown of the free press in the western world.

There does not necessarily have to be any centrally-planned conspiracy behind this trend; it can simply be the natural result of an ailing empire seeing that it’s going to need a lot more war, lies and deception in order to keep from collapsing, and responding accordingly. Once the Assange line was crossed, it could simply have served as a precedent for the other governments within the empire to begin doing things they’d already wanted to do anyway.

Julian Assange is the dot of a question mark at the end of a historically important question which we are all being asked right now. That question reads as follows: Does humanity wish to create a society that is based on truth and holds power to account, or does it want the exact opposite? More…

The Facts:
Government raids against journalists have risen sharply since the US charges of espionage against Julian Assange.

Reflect On:
What can and should we be doing to prevent the drift towards an Orwellian society? 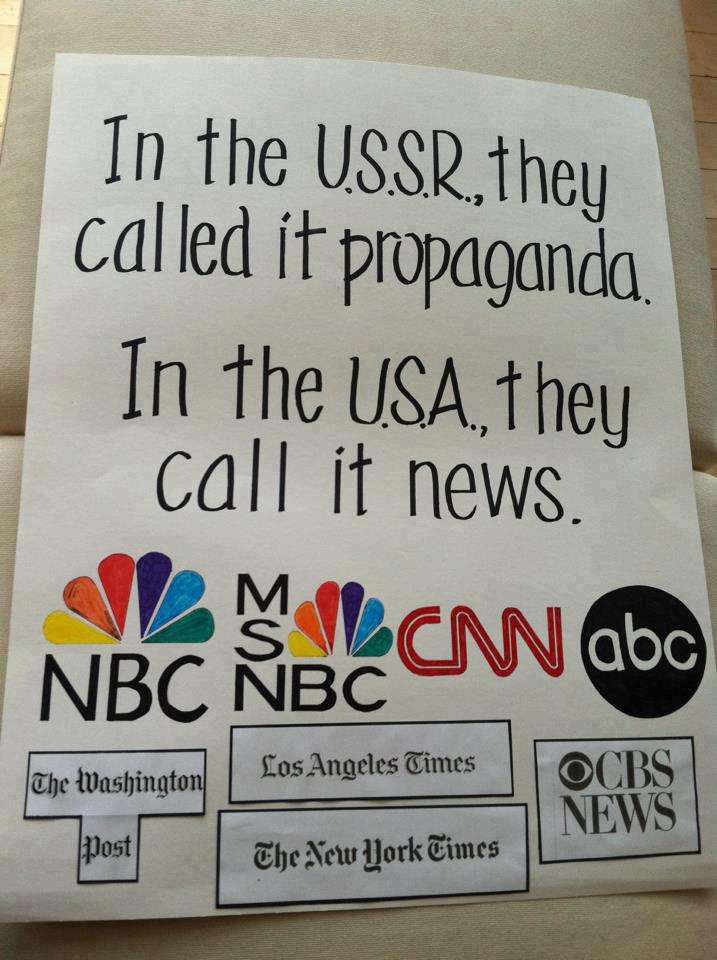 The international corporate media have long displayed a peculiar creativity with the facts in their Venezuela reporting, to the point that coverage of the nation’s crisis has become perhaps the world’s most lucrative fictional genre. Ciara Nugent’s recent piece for Time (4/16/19), headlined “‘Venezuelans Are Starving for Information’: The Battle to Get News in a Country in Chaos,” distinguished itself as a veritable masterpiece of this literary fad.

The article’s slant should come as no surprise, given Time’s (and Nugent’s) enthusiastic endorsement (2/1/19) of the ongoing coup led by self-proclaimed “interim president” Juan Guaidó. Time’s report is based on a trope oft-repeated by corporate journalists for over a decade (Extra!, 11–12/06), namely that Venezuela’s elected Chavista government is an “authoritarian” regime that brutally suppresses freedom of expression. Corporate outlets frequently speak of “Chávez’s clampdown on press freedom” (New York Times, 4/30/19), “a country where critical newspapers and broadcast media already have been muzzled” and “much of Venezuela’s independent press has disappeared” (NBC, 2/3/19, 5/16/19), or the Maduro “regime” controlling “almost all the television and radio stations” (Bloomberg, 1/29/19). More…

As Conflict With Iran Escalates, Path To Peace Can Be Found

[Politics]
As Conflict With Iran Escalates, Path To Peace Can Be Found
By Kevin Zeese and Margaret Flowers
Posted June 25, 2019

The recent escalation of conflict between the United States and Iran threatens another US military quagmire that would create crisis and chaos in Iran, the region and perhaps globally as well as costing the US trillions of dollars. The US needs to change course — a deeply wrong course it has been on regarding Iran since the 1950s, escalating since Iran declared its independence in their 1979 Revolution. There is a path out of this situation, but it requires leadership from President Trump, which will only come if the people of the United States mobilize to demand it.

The story repeated in the corporate media, including the New York Times, Washington, Post, CNN, ABC News, and others is that President Trump called off a military attack on Iran at the last moment because he was told that 150 Iranians could be killed. It is evident this was the story being pushed by the White House. Initially, the story was that Trump stopped the bombing with ten minutes to spare, while the planes were already in the air. On Sunday, the story changed to Trump was asked for a decision by the Pentagon a half hour before the attack and said ‘no’ to the attack because he was told about civilian casualties. More…

[Justice]
Snowden’s Guardian Angels
by For The Refugees
Posted June 25, 2019

The refugees who sheltered whistleblower Edward Snowden are running out of time. This page is about saving their lives.

Vanessa, Supun, Nadeeka, Ajith and their three stateless children have been seeking asylum in Hong Kong for over a decade, a country which grants asylum to fewer than 1% of applicants.

When their role in sheltering Edward Snowden became public, Hong Kong cut off their meager support payments and targeted them for immediate deportation to their home countries of Sri Lanka and the Philippines where they face documented threats of persecution, torture and death.

Their last, best hope is Canada, but their refugee applications languish in the hands of the Trudeau government. For some, their association with Snowden and the risk of angering the U.S. government make these brave refugees too hot to handle. More… 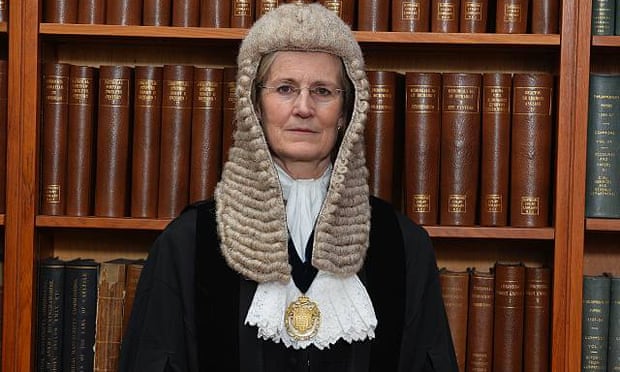 Commenting in 2018 when Assange’s lawyers requested that the warrant for his arrest be dropped, Judge Emma Arbuthnot said, “I accept that Mr. Assange had expressed fears of being returned to the United States from a very early stage in the Swedish extradition proceedings but, absent any evidence from Mr. Assange on oath, I do not find that Mr. Assange’s fears were reasonable,”

This statement by the judge captures the Alice-in-Wonderland quality of the judicial persecution of Assange. She dismisses as unreasonable Assange’s fears that if he voluntarily left the Ecuadorian Embassy he would be arrested by British police and extradited to the United States because he did not appear in court to express them. And yet, she is now presiding over his extradition trial.

At last week’s hearing, Assange spoke only briefly. He does not have access to a computer, and his attorneys have complained that the heavy restrictions imposed upon him make it nearly impossible for him to prepare his case. More…

The Facts:
We have a judge overseeing the “trial” whose husband’s criminal activities were exposed by WikiLeaks.

It’s a David vs Goliath story. A former local newspaper reporter, Robert Stuart, is taking on the British Broadcasting Corporation. Stuart believes that a sensational video story about an alleged atrocity in Syria “was largely, if not entirely, staged.” The BBC would like it all to just go away. But like David, Stuart will not back down or let it go. It has been proposed that the BBC could settle the issue by releasing the raw footage from the event, but they refuse to do this. Why? At a May 6 City Commission meeting in Decatur, Georgia, city leaders approved a project budget of $2.35 million to build a municipal I-Net and award the construction contract to Georgia-based Network Cabling Infrastructures, Inc. The decision came amid demands from cable giant Comcast that the community of about 24,000 immediately begin paying exorbitant fees for infrastructure the city has used under a past local franchise agreement. The case of sour grapes was resolved, but it once again reveals how the large corporate monopolies don’t hesitate to flex their muscles when things don’t go their way.

At the Decatur City Commission meeting on April 15, City Manager Andrea Arnold explained to city leaders and attendees that Comcast was seeking payment from the city for use of the Institutional Network (I-Net) that connects public buildings, reported local news site Decaturish. At the April 15 meeting, Arnold stated:

“The heavy handed approach taken by Comcast grossly violates the way the city operates. Instead of working towards a creative solution to satisfy both parties, Comcast is bullying the city into making a hasty, uninformed decision.” More…

The Facts:
Most rural areas have no choice when it comes to Internet Service Providers.
Reflect On:
Consider the benefits of a community having its own network where it can provide service at significantly reduced rates and cut out the big carriers and their monopolies.