So far, the Bridgegate story has been told through the tit-for-tat prism of partisan politics. The media has myopically focused on what Gov. Chris Christie knew, and when he knew it, about the plot to punish the Democratic mayor of Fort Lee with four days of lane closures on the George Washington Bridge from Sept. 9 to 13.

But the more disturbing public policy concern, left unaddressed, is just how vulnerable the Port Authority was to having one of its most critical assets commandeered by people that prosecutors allege had criminal intent and who managed to gain control over the operations of the George Washington Bridge. As it turns out, its weakest link was its own police department. The alleged partisan revenge plot that the Department of Justice has said crossed the line into criminality, was executed by the Port Authority Police Department that served as the boots on the ground and moved the traffic cones that closed the lanes. More…

The naive hopes of Bernie Sanders’ supporters—to build a grass-roots political movement, change the Democratic Party from within and push Hillary Clinton to the left—have failed. Clinton, aware that the liberal class and the left are not going to mount genuine resistance, is running as Mitt Romney in drag.

The corporate elites across the political spectrum, Republican and Democrat, have gleefully united to anoint her president. All that remains of Sanders’ “revolution” is a 501(c)(4) designed to raise money, including from wealthy, anonymous donors, to ensure that he will be a senator for life. Great historical events happen twice, as Karl Marx quipped, first as tragedy and then as farce. More… 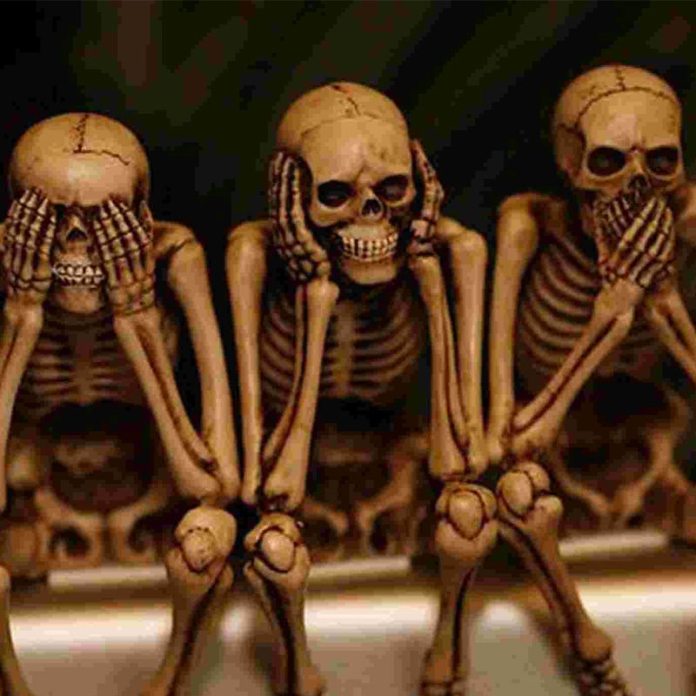 When confronted with a serious and complex problem such as terrorism and trying to understand why it is instilling a great deal of fear into this society, it’s very important to identify its root causes: where and when did this deadly threat originate, why is it spreading so rapidly, and what motivates these terrorists?

Well, we don’t have to look very far to find the answers to those questions if we review the history of the U.S. government’s highly aggressive military policies and actions in the Middle East and North Africa over time. This is a situation in which this government and its leaders refuse to acknowledge something that is becoming more and more evident: that they have created the very terrorist groups that they say now threaten our country. They are, in effect, reaping the harvest produced from the seeds of domination and intimidation that they have planted in that region of the world over many decades. More…

False Flag Terror “Has Succeeded Consistently Against Audiences Around The World, For Millennia, To Compel War”

False Flag Terror “Has Succeeded Consistently Against Audiences Around The World, For Millennia, To Compel War”
by Washingtons Blog
Posted September 15, 2016

The media plays along as well. For example, in 2012, NBC News’ chief foreign correspondent, Richard Engel, was kidnapped in Syria. NBC News said that Engel and his reporting team had been abducted by forces affiliated with the Syrian government. He reported that they only escaped when some anti-Syrian government rebels killed some of the pro-government kidnappers.

However, NBC subsequently admitted that this was false. It turns out that they were really kidnapped by people associated with the U.S. backed rebels fighting the Syrian government … who wore the clothes of, faked the accent of, scrawled the slogans of, and otherwise falsely impersonated the mannerisms of people associated with the Syrian government. In reality, the group that kidnapped Engel and his crew were affiliated with the U.S.-supported Free Syrian Army. More…

In 2016, cannabis is still illegal in many parts of the country, and pharmaceutical giant Insys Therapeutics Inc., a manufacturer of fentanyl, just demonstrated much of the reason why. Arizona is currently gearing up to vote on legalizing recreational cannabis. Ahead of that vote, Insys just contributed $500,000 in the fight against Proposition 205, U.S. News and other outlets report.

Over the Labor Day weekend, security guards for a petro pipeline company used attack dogs and pepper spray against Native Americans resisting construction of a $3.8 billion pipeline through North Dakota, a project they say is desecrating land sacred to the Standing Rock Sioux and putting critical water supplies at risk of contamination.

If completed, the Dakota Access Pipeline would carry crude from the nearby Bakken oilfields to Illinois, where it would meet an existing pipeline that would transport the oil to Texas. That’s the home state of the billionaire and major Republican political donor behind the project: Kelcy Warren, chair of Energy Transfer Equity of Dallas, a company that’s No. 65 on this year’s Fortune 500 list. More…