Blame Hamilton: How He Screwed Up America

[Politics]
Blame Hamilton: How He Screwed Up America
by Dave Benner
Posted November 1, 2017 In most cases, books on the founding fathers are packed with reverence and adulation. American historians generally find something uniquely admirable about their subject, going to great lengths to justify that individual’s political positions and philosophy. While value can be gleaned by reading some of these works, authors often fall short by acting as an apologist for their subject, or by omitting important information. With the advent of a highly popular Broadway musical based on a founding father, it seems even more likely that popular historians will be prone to veneration.

After taking his first steps into constitutional abnegation, Hamilton took a full leap in 1791 when he pushed Congress to adopt the First National Bank of the United States. When pressed to produce a constitutional argument to support their contrary positions, Hamilton admitted that the Constitution did not grant such a power, but argued that the bank was authorized and justified under the Necessary and Proper Clause. This opinion became the foundation of the “implied powers doctrine,” the fallacious idea that the clause allowed for the execution of a vast reservoir of unlisted, unenumerated powers. Two years after the Constitution was ratified by the states, this was the first time such a notion had ever been articulated. More…

The Megalomania of Modern America

A country whose culture, self-identity and sense of purpose are based upon historical denial, is always going to need some grand delusion to focus on in order to fog over the reality and avoid having to confront – and be conscious – of the deception. In reality, facing and accepting the falsity which underlies ‘the dream’ is the only way US citizens can begin to take back control of their destinies.

What we have witnessed in US politics over the past few decades in particular, is the intensification of propaganda whose aim is to shore-up the steadily unraveling pseudo-cultural dystopia, by reminding citizens just what it means to be ‘American’.

Those who cling to the empty old paradigm of national superiority, military prowess and global domination, do so because subconsciously they cannot face the prospect of becoming aware that they are part of a society whose entire ethos is based on the seemingly irresistible trappings of a fake reality. A world in which everybody has the chance to become a millionaire – providing they ignore the destruction this reeks upon the resource base, fellow human beings, animals, forests and a once highly fertile land mass. More…

Anti-Monopoly Candidates Are Testing a New Politics in the Midterms

[Politics]
Anti-Monopoly Candidates Are Testing a New Politics in the Midterms
by David Dayen
Posted October 25, 207

Austin Frerick couldn’t believe the numbers. Last year, while working as an economist at the Office of Tax Analysis in the Obama Treasury Department, Frerick co-wrote a paper on “excess returns,” which he describes as “a fancy way of saying monopoly profits.” And the data was leaping off the charts. “We were seeing returns in places we shouldn’t,” said Frerick, 27. “It’s baby formula, strawberries, crackers. The barriers to entry of making crackers should be next to nothing.”

The paper is focused on tax policy and therefore, somewhat unintelligible. But its conclusion, that outsized profits have been rising across virtually all sectors of the economy, has formed the basis of a newly prominent concern: that too much wealth and power has been concentrated in the hands of a few giant corporations. “It’s the issue of our time,” said Frerick. “It’s everywhere.” More… 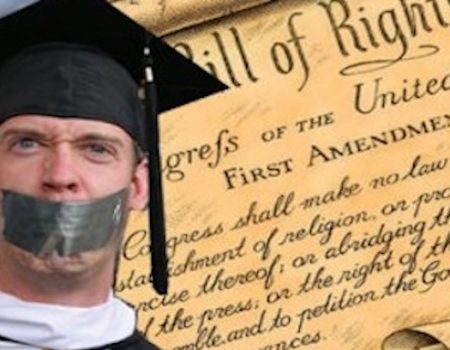 The criminalization of political speech and activism against Israel has become one of the gravest threats to free speech in the West. In France, activists have been arrested and prosecuted for wearing T-shirts advocating a boycott of Israel. The U.K. has enacted a series of measures designed to outlaw such activism. In the U.S., governors compete with one another over who can implement the most extreme regulations to bar businesses from participating in any boycotts aimed even at Israeli settlements, which the world regards as illegal. On U.S. campuses, punishment of pro-Palestinian students for expressing criticisms of Israel is so commonplace that the Center for Constitutional Rights refers to it as “the Palestine Exception” to free speech.

But now, a group of 43 senators — 29 Republicans and 14 Democrats — wants to implement a law that would make it a felony for Americans to support the international boycott against Israel, which was launched in protest of that country’s decades-old occupation of Palestine. The two primary sponsors of the bill are Democrat Ben Cardin of Maryland and Republican Rob Portman of Ohio. Perhaps the most shocking aspect is the punishment: Anyone guilty of violating the prohibitions will face a minimum civil penalty of $250,000 and a maximum criminal penalty of $1 million and 20 years in prison. More…

How Big Corporations Game Our Democracy Into Their Plutocracy

[Political]
How Big Corporations Game Our Democracy Into Their Plutocracy
By Ralph Nader
Posted October 24, 2017

Remarkably, the artificial creation called the “corporation” has now achieved almost all of the rights of real people under our “We the People” Constitution that never mentions the words “corporation” or “company.”

Corporations cannot vote, at least not yet; only people can. That was seen as a major lever of democratic power over corporations. So what has happened? Commercial money to politicians started weakening the influence of voters because the politicians became increasingly dependent on the corporate interests that bankrolled their campaigns. The politicians use their ever-increasing corporate cash to saturate voters with deceptive political ads, and intimidate any competitors who have far less money, but may be far better representative of the public good.

Challenging the Dollar: China and Russia’s Plan from Petroyuan to Gold

As seen in my previous article, US military power is on the decline, and the effects are palpable. In a world full of conflicts brought on by Washington, the economic and financial shifts that are occurring are for many countries a long-awaited and welcome development.

If we were to identify what uniquely fuels American imperialism and its aspirations for global hegemony, the role of the US dollar would figure prominently. An exploration of the depth of the dollar’s effects on the world economy is therefore necessary in order to understand the consequential geopolitical developments that have occurred over the last few decades. More… 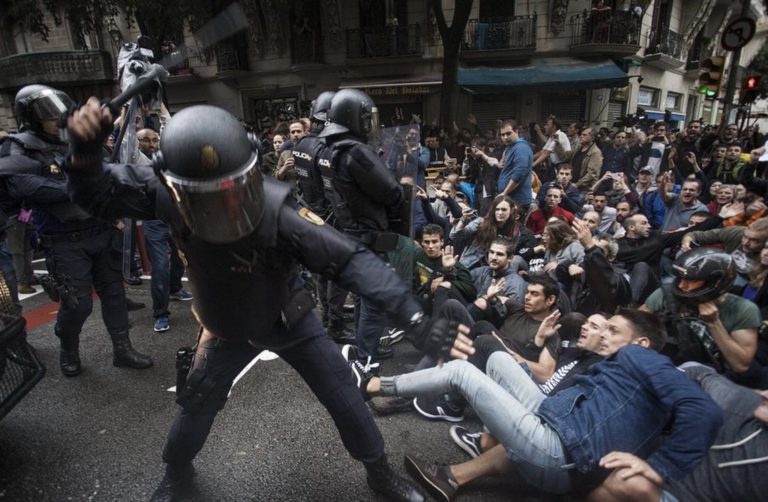 I typically try to avoid news on Sundays, but I spent much of yesterday in complete awe of the extraordinary strength and fortitude of the Catalan people in the face of totalitarian violence from the Spanish state against citizens attempting to vote in a peaceful referendum. Before you start telling me about how the vote is illegal and goes against the Spanish constitution, let me be perfectly clear. That line of thinking is entirely irrelevant to the point of this post.

Specifically, I believe humanity is reaching a point in its evolution, both from a consciousness perspective as well as a technological one, where we’ll begin to increasingly question many of our silly contemporary assumptions about how governance should work. The primary one is this absurd notion that a nation-state should be seen as a permanent structure of political governance which only becomes dissolvable in the event of violent revolution or war.

When it comes to great leaps in human progress, a crucial component to lasting change is convincing enough people that a particular way of organizing human affairs is outdated and harmful. I think if we take a step back and look at how people are governed across the world, there are very few places where “the people” feel they live in societies in which they exert any sort of genuine political self-determination. More…

In the same week that he decided that the U.S. opiate epidemic is a “national emergency,” Trump was forced to withdraw his nominee for Drug Czar, when Rep. Tom Marino was recognized as a congressional water-carrier for Big Pharma opiate producers and one who has impeded the effort to battle the epidemic.

For years, illicit opiate use has been on the rise in the United States, leading to the worst drug crisis in U.S. history, one that has claimed ten times more lives in a single year than all terrorist attacks (including 9/11) on U.S. soil over the last two decades. While the federal government has made public attempts to curb the problem — including President Donald Trump’s recent decision to declare the crisis a “national emergency” — little has resulted from these initiatives, as the harrowing surge in opiate use continues unabated.

Though some may blame government incompetence or perhaps a lack of funding for the failure of federal initiatives to effectively combat the crisis, two whistleblowers from the Drug Enforcement Agency (DEA) have come forward, stating plainly that the U.S. government is fully complicit in fueling the crisis. More…