[Community]
City Kicked Out Their Cops and Politicians 7 Years Ago and Now They Have the Lowest Crime Rates in Mexico
by Derrick Broze
Posted October 15, 2018

A town in Mexico recently celebrated seven years since kicking out the corrupt narco government and reverting back to an indigenous form of self-governance.

In the town of Cherán, in Michoacán, Mexico, a system of traditional indigenous law-enforcement and accountability continues to guide the people. In early 2011, residents of Cherán created armed militias to fight off illegal logging and drug cartels in their community. The community kicked out politicians and police accused of ties to the drug cartels and began a new system of governance based on Purhépecha traditions.

In the lead up to the 2018 midterms, female candidates running as independents and third parties are shockingly under-represented by organizations who endorse and track women – even those groups who claim to be nonpartisan.

One example is The Center for American Women and Politics that was established in July 1971 at Rutgers University’s Eagleton Institute of Politics. For decades, CAWP has claimed to be “a nonpartisan voice that is central to creating awareness and understanding of women’s political participation.”

However, while combing through CAWP’s information on 2018 female candidates running for U.S. Congress and statewide executive offices, there was no mention of any women running under a third party or independent. More…

People running big corporations—indeed, those running businesses of all sizes—seek to maximize profits not because they are misguided, but because that’s their job in a capitalist economy.

The common goal of both the private and public sectors is rapid, sustained GDP growth, so the only climate actions that companies or governments are willing to take are those that will not risk slowing wealth accumulation. (When Elliott says capitalism must take risks, he doesn’t mean that kind of risk!) This is why no governments have yet taken the actions that will be necessary to steeply reduce carbon emissions. More…

Tyrants exploit the masses more easily when people assume that corrupt political and social leaders are working for “their side” against the “other side.” Often these leaders can be bought or threatened into subservience. Tyrants then use them to drive the spectrum to the furthest opposites, until both sides adopt an attitude of zealotry.

This happens not only in politics, but in geopolitics, as entire nations are driven to war with each other by puppet presidents and governments over engineered conflicts that only ever benefit the cabal of tyrants behind the curtain. These “people” seek to create chaos, and then to reorder society to act more like they act, or think more like they think. When the masses have been convinced to abandon conscience, then the monsters can come out into the light of day without fear.

Here is how they achieve this goal, and how average people help them do it More… 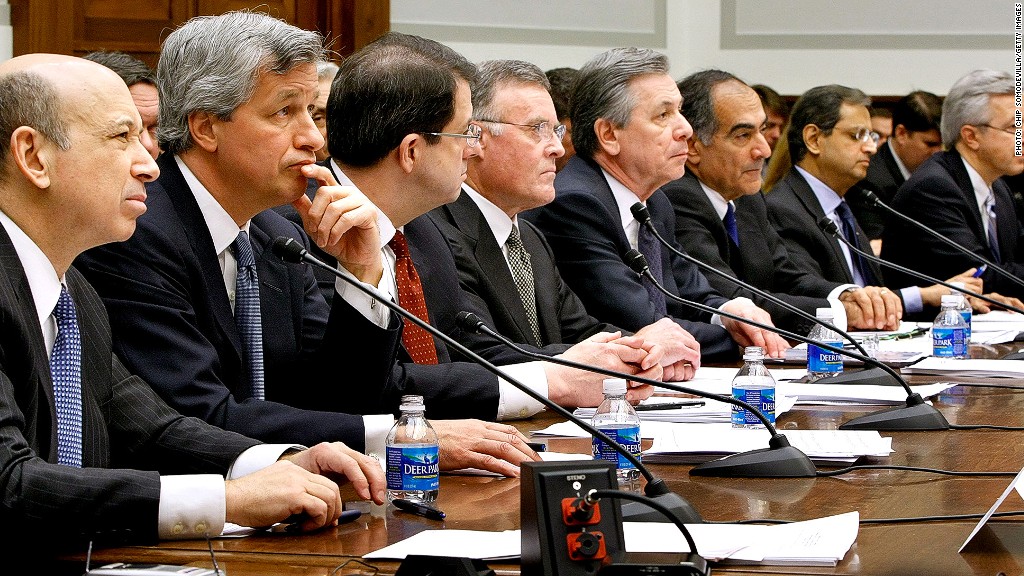 Monetary reform is the critical missing element needed to move humanity back from the brink of economic destruction and nuclear disaster, away from a future dominated by fraud, ugliness and warfare, toward a world of justice and beauty.The power to create money is an awesome power – at times stronger than the Executive, Legislative and Judicial powers combined. It’s like having a “magic checkbook,” where checks can’t bounce. When controlled by banks it can be used to gain riches, but much more importantly it determines the direction of our society by deciding where the money goes – what gets funded and what does not.

Will it be used to build and repair vital infrastructure such as the New Orleans levees and Minneapolis bridges to protect major cities? Or will it go into warfare and real estate bubbles and Wall Street Gambling – leading to crashes and depressions, as banking has usually done. More…

Our monetary system is at the root of most of the problems we face today. If we do not reform the monetary system, any changes we make are only nibbling at the edges and will ultimately fail. This manual lays out a blueprint for meaningful real change. The United States today qualifies as a plutocracy – on a number of grounds, and it is having a profound impact on the media, education and think tanks–indeed on the whole of society.

Plutocracy literally means rule by the rich. “Rule” can have various shades of meaning: those who exercise the authority of public office are wealthy; their wealth explains why they hold that office; they exercise that authority in the interests of the rich; they have the primary influence over who holds those offices and the actions they take.

These aspects of “plutocracy” are not exclusive. Moreover, government of the rich and for the rich need not be run directly by the rich. Also, in some exceptional circumstances rich individuals who hold powerful positions may govern in the interests of the many, for example Franklin Roosevelt. More…

Sanctions Backfire: US Is Being Left Behind

[Economic]
Sanctions Backfire: US Is Being Left Behind
By Kevin Zeese and Margaret Flowers
Posted October 2, 2018

The United States has a long history of dominating international economic institutions and has been able to use that power in the past to control other governments and enrich its industries. At present, the United States is waging an economic World War targeting much of the world economy, including allies who refuse to comply with US mandates.

Among the nations included in the US economic war are China, Russia, Iran, Turkey, Venezuela, Nicaragua and North Korea. The European Union is being threatened with economic sanctions if it does not obey US demands to blockade the Iranian economy. More…

Who rules the land? A deeper and truer version of this question is: What rules the land? Is it the money (the aristocracy), or is it the people (the public, the residents on that land)?

The propaganda for a free market is funded very heavily by billionaires such as the Koch brothers and George Soros, because control over countries naturally devolves into control by wealth, instead of into control by people (and certainly not by residents), if a free-market economy exists there. Billionaires do whatever increases their power; and, beyond around $100,000-per-year of income, any additional wealth buys no additional happiness or satisfaction, but only additional status, which, for individuals who are in such brackets, is derived from increases in their power, because, at that stage of wealth, money itself is no longer an object, only status is, and additional status can be derived only from additional power. More…