Looked at in terms of human value creation, the industrial economy appears to have been programmed to remove human beings from the value chain. Before the Industrial Age, the former peasants of feudalism were enjoying a terrific economic expansion.

But as the peasants got wealthy exchanging goods and services, the aristocracy got relatively poorer. So they re-established control over the economy by outlawing market moneys and chartering monopolies with dominion over particular industries. So now, instead of making shoes himself, the local cobbler had to get a job at the officially chartered monopoly company. Thus what we think of as “employment” was born – less an opportunity than a restriction on creating value. More…

If We Say That Nature Is Priceless, Do We End up in Effect Treating It as Valueless?

If We Say That Nature Is Priceless, Do We End up in Effect Treating It as Valueless?
By Marcel Harmon
Posted August 11, 2016 GreenBiz recently ran an article on the potential pitfalls of putting a price on nature. It’s often argued that assigning a cash value to nature undermines the intrinsic value of the natural world and the multitude of resources and benefits it provides, turning it into a “subsidiary of the corporate economy.”

On the other hand, assigning a value to different aspects of the natural world (imperfect though they may be) also has the potential to help ensure main stream economic policies do a better job of accounting for nature. The question becomes, as the article puts it, “If we say that nature is priceless, do we end up in effect treating it as valueless? Or is being unwilling to price nature the best protection we have against it being packaged up, owned, bought, sold or used up?” More…

10 Keys to Short Circuiting the Matrix

Freedom, or what’s left of it, is being threatened from every direction. The threats are of many kinds: political, cultural, educational, media, and psychological. However, as history shows us, freedom is not, on the whole, wrested from a citizenry. It is all too often given over voluntarily and for such a cheap price: safety, security, bread, and circuses.

This is part and parcel of the propaganda churned out by the government machine. That said, what we face today—mind manipulation and systemic violence—is not new. What is different are the techniques used and the large-scale control of mass humanity, coercive police tactics and pervasive surveillance. As we have seen with the erection of the electronic concentration camp, there is virtually no escaping the invisible prison surrounding us. Once upon a time, one could run and hide or duck into a cave, but that is no longer feasible as caves are quite scarce, and those running the camp have their eyes watching everything. More…

The “War on Drugs” and the “War on Terror” are more intertwined than that media and our elected officials would like us to think.

And this became full front and center when the U.S.-led global crusades overlapped in Afghanistan, leaving in their wake a legacy of death, addiction and government corruption tainting Afghan and American soil. In the U.S., the War in Afghanistan is among the major contributing factors to the country’s devastating heroin epidemic.

Over 10,000 people in America died of heroin-related overdoses in 2014 alone– an epidemic fuelled partly by the low cost and availability of one of the world’s most addictive, and most deadly, drugs. More…

The Curious Case of Vanishing Lady Liberty; Only Gold and Silver Remember Her

The Curious Case of Vanishing Lady Liberty; Only Gold and Silver Remember Her
by Guy Christopher
Posted July 23, 2016 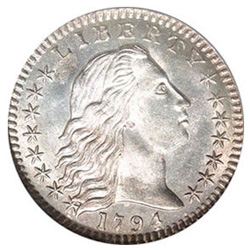 The very first word anyone ever saw on a circulating United States coin was the word “LIBERTY.” From half-cents to silver dollars, each featured the likeness of an unnamed woman. The images varied, thanks to different engravers, but together they became recognized as Lady Liberty. Many, maybe most, of young America’s citizens were illiterate. “Liberty” may have been the first word they ever learned to read. If not, they surely knew her face. The Revolutionary War for them was not ancient history.

The Founding Fathers knew all gold, silver, and copper is sound money and didn’t mind that American coinage circulated alongside colonial and foreign coins depicting kings and queens. But Lady Liberty alone belonged to the United States. Her anonymous image spoke plainly to a cornerstone of human freedom – private wealth – in your hands, belonging to you, no counter-party strings attached. More…

The Illusion of Truth Cognitive Dissonance and Denial

The Illusion of Truth Cognitive Dissonance and Denial
By Terry Sneller
Posted July 19, 2016

It seems to me, that there are WAY too many of us who need to do some self-evaluation, regarding where we stand with what we currently perceive as our “truths.” Are we earnestly seeking out sources of truth that have consistent and proven records of integrity — regardless of how misaligned their truths may seem from our own? Do we bravely, honestly and diligently burrow down into ourselves to accept and expand on proven and/or known truths — which we may then have to painfully use to modify or even replace our out-of-date or false misconceptions?

Is it any wonder that these aspects of truth, cognitive dissonance and denial — which have taken hold of so many of us at the personal level — could indeed have deep and damaging ramifications on a national and international scale? How can it be possible that the angst which possibly millions of us experience daily, on a personal level, NOT be reflected among ourselves nationally — as well as throughout the world? More…