Did the Government Spy on Trump? Of Course. It Spies on All of Us!

[Social]
Did the Government Spy on Trump? Of Course. It Spies on All of Us!
by Ron Paul
Posted April 9, 2017 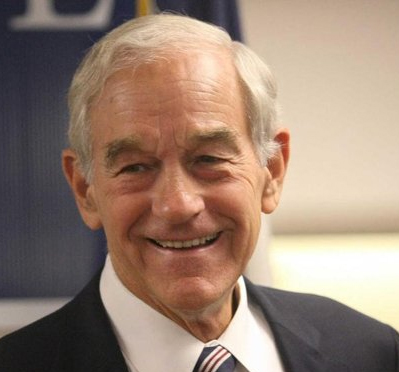 There was high drama last week when Rep. Devin Nunes announced at the White House that he had seen evidence that the communications of the Donald Trump campaign people, and perhaps even Trump himself, had been “incidentally collected” by the US government.

There is much we do not yet know about what happened and there is probably quite a bit we will never know. But we do know several very important things about the government spying on Americans. More…

Neoliberalism Was Supposed to Make Us Richer: Three Reasons Why It Didn’t

[Social]
Neoliberalism Was Supposed to Make Us Richer: Three Reasons Why It Didn’t
by Chris Dillow
Posted March 28, 2017 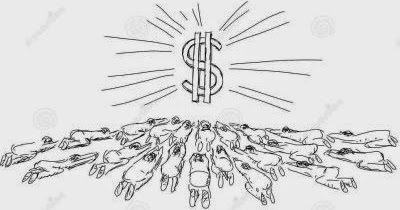 Chris Edwards says the privatizations started by Thatcher “transformed the British economy” and boosted productivity. This raises an under-appreciated paradox.

The thing is that privatization isn’t the only thing to have happened since the 1980s which should have raised productivity, according to (what I’ll loosely call) neoliberal ideology. Trades unions have weakened, which should have reduced “restrictive practices”. Managers have become better paid, which should have attracted more skilful ones, and better incentivized them to increase productivity. And the workforce has more human capital: since the mid-80s, the proportion of workers with a degree has quadrupled from 8% to one-third. It’s difficult to buy a new TV that doesn’t come with a suite of (generally mediocre) “smart” software, giving your home theater some of the functions typically found in phones and tablets. But bringing these extra features into your living room means bringing a microphone, too — a fact the CIA is exploiting, according to a new trove of documents released today by WikiLeaks.

According to documents inside the cache, a CIA program named “Weeping Angel” provided the agency’s hackers with access to Samsung Smart TVs, allowing a television’s built-in voice control microphone to be remotely enabled while keeping the appearance that the TV itself was switched off, called “Fake-Off mode.” Although the display would be switched off, and LED indicator lights would be suppressed, the hardware inside the television would continue to operate, unbeknownst to the owner.

The method, co-developed with British intelligence, required implanting a given TV with malware—it’s unclear if this attack could be executed remotely, but the documentation includes reference to in-person infection via a tainted USB drive. Once the malware was inside the TV, it could relay recorded audio data to a third party (presumably a server controlled by the CIA) through the included network connection. More…

David Rockefeller: A Dark Legacy in Brazil, A Critical Obituary

On March 20, David Rockefeller died at the age of 101. As the obituaries for one of the world’s richest men gush over his philanthropy, it needs to be pointed out that he was a major player in several Latin American coups, supported extremely corrupt military dictatorships, post-dictatorship neoliberal policies that greatly exacerbated income stratification and poverty and that his dark legacy will continue to influence the region long after his death.

Countless academics have written about economic sabotage, often in cooperation with US business elites such as the Rockefeller family, as a component of US-backed coups in Latin America. From the ITT orchestrated Chilean copper boycott of 1972 to the Reagan administration’s economic destabilization of Nicaragua, to US efforts to sabotage the Venezuelan economy, progressive populism is to this day frequently met with US aggression, including media propaganda. More…

What the Hell is Going On?

My skeptical nature, reliance on data I’ve personally vetted, and judging our leaders based on what they have done versus what they say, has allowed me to escape the Matrix. I wasn’t truly awakened until I watched Bush, Cheney, Powell, the rest of the neo-con prevaricators and fake news mainstream media utilize propaganda to railroad Americans into a $6 trillion unnecessary war, resulting in 36,000 American casualties, the destruction of a country and the creation of thousands of new Muslim terrorists.

The dissonance between what I have been observing and what is being flogged by the establishment mouthpieces in the corporate mainstream media has never been greater.

When you understand the cyclical nature of history you are not surprised when events lead to reactions among the masses which take the linear thinking status quo by complete surprise. The 2008 global financial implosion and the subsequent election of Donald J. Trump by the deplorable white silent majority completely blindsided the oblivious establishment. More…

It’s What’s Happening Beneath the Surface That Matters: Moral Decay and Rising Inequality

These disintegrative forces are easy to see but elusive to pin down. Nobody defines themselves as self-serving, greedy and lacking in virtue. Everyone feels trapped in the system. With the media’s hyperactive three-ring circus blasting 24/7, it’s easy to forget that everything consequential is happening beneath the surface, out of sight and largely out of mind.

What’s going on beneath the surface is structural and systemic–for example, the 4th Industrial Revolution that is transforming the global economy and social order, regardless of political ideologies or our wishes.

Centralization–the “solution” to every problem since 1940–is now the problem.Centralization generates corruption, privilege, rentier skims, institutionalized rackets and pushes one-size-fits all failure down the chain of command. More… 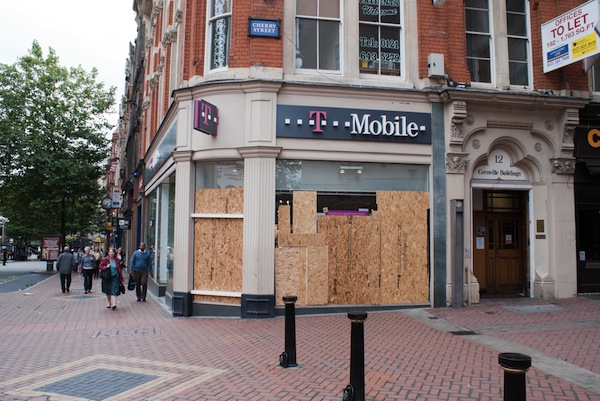 Yes, things are very different indeed these days in the “real America” outside the bubble. In fact, things have been going badly wrong in America since the beginning of the 21st century.

It turns out that the year 2000 marks a grim historical milestone of sorts for our nation. For whatever reasons, the Great American Escalator, which had lifted successive generations of Americans to ever higher standards of living and levels of social well-being, broke down around then—and broke down very badly.

The warning lights have been flashing, and the klaxons sounding, for more than a decade and a half. But our pundits and prognosticators and professors and policymakers, ensconced as they generally are deep within the bubble, were for the most part too distant from the distress of the general population to see or hear it. Now that those signals are no longer possible to ignore, it is high time for experts and intellectuals to reacquaint themselves with the country in which they live and to begin the task of describing what has befallen the country in which we have lived since the dawn of the new century. More…

The Dance of Death The ruling corporate elites no longer seek to build. They seek to destroy. They are agents of death. They crave the unimpeded power to cannibalize the country and pollute and degrade the ecosystem to feed an insatiable lust for wealth, power and hedonism. Wars and military “virtues” are celebrated. Intelligence, empathy and the common good are banished. Culture is degraded to patriotic kitsch.

Education is designed only to instill technical proficiency to serve the poisonous engine of corporate capitalism. Historical amnesia shuts us off from the past, the present and the future. Those branded as unproductive or redundant are discarded and left to struggle in poverty or locked away in cages. State repression is indiscriminate and brutal.

The graveyard of world empires—Sumerian, Egyptian, Greek, Roman, Mayan, Khmer, Ottoman and Austro-Hungarian—followed the same trajectory of moral and physical collapse. Those who rule at the end of empire are psychopaths, imbeciles, narcissists and deviants, the equivalents of the depraved Roman emperors Caligula, Nero, Tiberius and Commodus. The ecosystem that sustains the empire is degraded and exhausted. More…