We Have The Same Enemy Yet We Are Still Divided

[Spiritual]
We Have The Same Enemy Yet We Are Still Divided
By Tim Bryant
Posted November 11, 2017 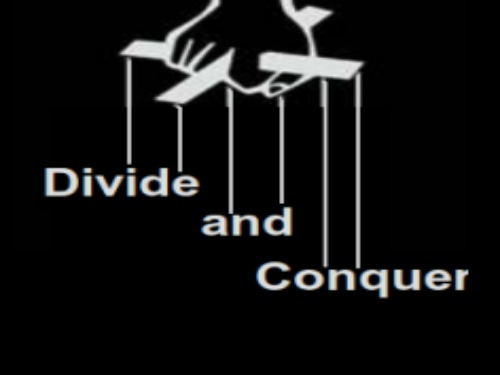 The Hegelian Dialectic in action can understood by looking at the so-called “war on terrorism” going on today. To start, there is first an agenda, which no doubt comes in the form of more power and control through expanded profits and further centralization of power. The agenda is created and adopted by the mega-power elite of the establishment, which aim to create more profits for of the military industrial complex and banking, while also transferring more power up the pyramid through the loss of civil liberties and a fearful public. To achieve this, they cannot simply declare war on any country they want because most people on both sides of the aisle are honest and do not want war.

There has to be a reason. So to pull this off they create a thesis/problem in the form of a manufactured terrorist attack, also known as a false flag. They then manipulate and control the reaction/anti-thesis, which is done through the use of the media to promote fear, anger, and disinformation amongst the public. The combination of these two forces then come into conflict and result in the synthesis/solution, which is more imperialistic war, removal of personal freedoms, and transfer of power from the people into the hands of a few.

It’s nothing more than a magic trick, where as people are suckered into the perception of a conflict, which they then choose sides for, only for the two forces of the conflict to end up combining to form the desired synthesis/solution that was part of the agenda all along. More…

The biggest thing this survey proves is that Orwellian double-speak is working.

If you are unfamiliar, doublespeak is a term from the novel 1984. It is speech intentionally meant to confuse, or obscure reality.

What does free speech mean? What is hate speech? And what laws currently or should exist in regards to speaking freely? The answers from Americans prove just how successful the media and politicians have been in making Americans less grounded than a satellite.

The powers that be have successfully confused and obscured any hint of rationality in beliefs. There seems to be little method and all madness. People simply make up their minds emotionally, instead of thinking critically. And that is how those in power like it. More… 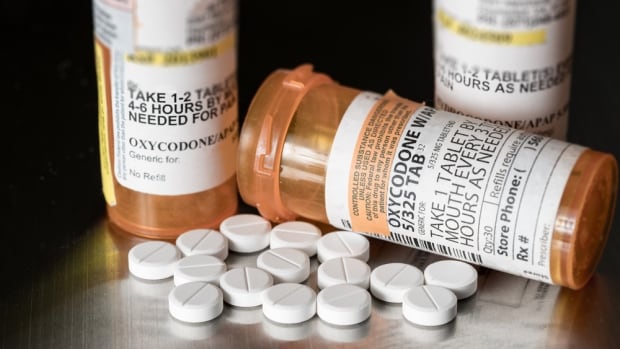 Over a 40-year career, Philadelphia attorney Daniel Berger has obtained millions in settlements for investors and consumers hurt by a rogues’ gallery of corporate wrongdoers, from Exxon to R.J. Reynolds Tobacco. But when it comes to what America’s prescription drug makers have done to drive one of the ghastliest addiction crises in the country’s history, he confesses amazement.

The U.S. prescription drug industry has opened a new frontier in public havoc, manipulating markets and deceptively marketing opioid drugs that are known to addict and even kill. It’s a national emergency that claims 90 lives per day. Berger lays much of the blame at the feet of companies that have played every dirty trick imaginable to convince doctors to over-prescribe medication that can transform fresh-faced teens and mild-mannered adults into zombified junkies. More…

It’s Time to Rewrite the Rules of Our Economy

[Economic]
It’s Time to Rewrite the Rules of Our Economy
By Tim O’Reilly
Posted November 2, 2017

Business leaders making decisions to outsource jobs to low-wage countries or to replace workers with machines, or politicians who insist that it is “the market” that makes them unable to require companies to pay a living wage, rely on the defense that they are only following the laws of economics. But the things economists study are not natural phenomena like the laws of motion uncovered by Kepler and Newton.

Right now we’re at an inflection point, where many rules are being profoundly rewritten. Much as happened during the industrial revolution, new technology is rendering obsolete whole classes of employment while making untold new wonders possible. It is making some people very rich, and others much poorer. More… Imagine Harvey Weinstein wielding a “top secret” stamp to block any exposure of the uncomfortable truth and you have the FBI, CIA and NSA.

At best the most recent JFK disclosures are part and parcel of an ongoing, and ever evolving, psychological operation directed at the American people. How do you control a large group of people that far outnumber those who wish to control the group? Divide and conquer is the age old method used consistently and successfully to distract, divert and divide the restless herd.

Color me surprised, shocked even, that at the last minute the ‘government’ has withheld full and final disclosure of the last remaining documents related to the John F. Kennedy assassination, ostensibly because they needed more time to examine about 200 for possible (further) redaction.

I don’t even know where to begin here other than to confess to my cynical sarcasm. I do not believe a single word uttered by any ‘intelligence’ agency or those who carry their water. More…

How Big Corporations Game Our Democracy Into Their Plutocracy

[Political]
How Big Corporations Game Our Democracy Into Their Plutocracy
By Ralph Nader
Posted October 24, 2017

Remarkably, the artificial creation called the “corporation” has now achieved almost all of the rights of real people under our “We the People” Constitution that never mentions the words “corporation” or “company.”

Corporations cannot vote, at least not yet; only people can. That was seen as a major lever of democratic power over corporations. So what has happened? Commercial money to politicians started weakening the influence of voters because the politicians became increasingly dependent on the corporate interests that bankrolled their campaigns. The politicians use their ever-increasing corporate cash to saturate voters with deceptive political ads, and intimidate any competitors who have far less money, but may be far better representative of the public good.

[Economic]
How to Fund a Universal Basic Income Without Increasing Taxes or Inflation
by Ellen Brown
Posted October 22, 2017

In May 2017, a team of researchers at the University of Oxford published the results of a survey of the world’s best artificial intelligence experts, who predicted that there was a 50 percent chance of AI outperforming humans in all tasks within 45 years. All human jobs were expected to be automated in 120 years, with Asian respondents expecting these dates much sooner than North Americans. In theory, that means we could all retire and enjoy the promised age of universal leisure. But the immediate concern for most people is that they will be losing their jobs to machines.

That helps explain the recent interest in a universal basic income (UBI) – a sum of money distributed equally to everyone. A UBI has been proposed in Switzerland, trials are beginning in Finland, and there is a successful pilot ongoing in Brazil. The cities of Ontario in Canada, Oakland in California, and Utrecht in the Netherlands are planning trials; two local authorities in Scotland have announced such plans; and politicians across Europe, including UK Labour Party leader Jeremy Corbyn, have spoken in favor of the concept. Advocates in the US range from Robert Reich to Mark Zuckerberg, Martin Luther King, Thomas Paine, Charles Murray, Elon Musk, Dan Savage, Keith Ellison and Paul Samuelson. More…