Police States have been implemented countless times throughout history. They tend to be most prominent where collectivism has already been instituted.

Wherever collectivism is already firmly established, new crackdowns are generally introduced suddenly. In Germany, in 1938, under existing Nazi rule, Kristallnacht took people by complete surprise. Later, in 1961, under existing Soviet rule, the Berlin Wall went up with no previous announcement. In both cases, the collectivist tyranny was already in place and the people had already successfully been subjugated. These events were merely further losses of freedom.

But what of a country that still enjoys a few of its former freedoms and is in the process of being transformed into a full-blown collectivist state? Well, in such cases, the loss of freedoms is often done in slo-motion. More…

Kidnappers: The Tyranny of Child Protective Services Across the Nation

[Justice]
Kidnappers: The Tyranny of Child Protective Services Across the Nation
By Joe Jarvis
Posted August 18, 2018 First, she removed a baby from her parents in an attempt to force a confession. There was no evidence of abuse. But when neither parent would “cop to it,” as Judge Younge phrased it, she removed the baby from their custody. She refused to place the baby with a willing and fit grandmother, and eventually terminated parental rights altogether.

This went on for two years until last month, a higher court reversed all her decisions. The court issued a scathing rebuke of Judge Younge noting that she violated due process, failed to remain impartial, and had intentionally caused alienation of the family members in an attempt to force a confession.

Still, the Judge escaped punishment for her crimes. The appeals court simply suggested she recuse herself from the case. More…

Money and the Unflappable Economist

At the beginning of May 2018, there was a brief furor over donations from Koch family-affiliated philanthropies to fund the Mercatus Institute and the newly-named Antonin Scalia School of Law at George Mason University (GMU).

Although articles concerning the admirable efforts of the GMU student organization UnKoch My Campus appeared in many of the prominent news outlets, the attention span of journalists seemed to barely outpace that of interest in one of Donald Trump’s tweets, with even less consequence. But more to the point, the silence of the economics profession concerning the revelations was pretty deafening.

Briefly, I would like to revisit why this was so and why it matters. More…

This year may go down in history as a turning-point when the world finally woke up to the dark side of the ubiquitous presence of popular Silicon Valley companies in our daily lives. One can only hope so, at least.

From Amazon to Facebook, Apple, Google, Microsoft and PayPal – among others – revelations poured out confirming the ongoing abuse of user data by monopolistic corporations, as well as their growing role as vendors of surveillance technology to the U.S. police state, military, and migrant detention agencies.

In March, the lid was blown off of the violation of user data on Facebook, with Cambridge Analytica mining user information for the purpose of providing millions of detailed “psychological profiles” to the Trump campaign, among others. Scarcely two weeks later, the Google campus was in an uproar over the development of its “Project Maven,” which was building an AI-fueled platform to vastly upgrade the automatic targeting abilities of the U.S. military’s global drone fleet. Faced with public outrage and internal dissent, the company pulled out of bidding to renew its Pentagon contract, which ends next year. More…

The town of Cherán was once plagued by people claiming the right to rule over them and now they live peaceful lives free of violence. After the town of 20,000 people in Mexico decided to take matters into their own hands by kicking out politicians, cops, and criminals, the now completely voluntary society is running great and the people finally have freedom and peace.

It sure sounds scary to those unable to imagine a life of true freedom, but the town has been liberated since 2011 and no politician is allowed to come in and begin to control the people. According to Vice, armed men and women — not police, but members of an autonomous militia — guard every entrance to the town, looking for strangers with contraband. “Contraband” would be considered political propaganda posters of those who claim the right to rule other human beings. Since the town has been free since 2011, there’s no use for politicians or those who want power over others. More…

While we expected to find a trend toward increased wildlife nocturnality around people, we were surprised by the consistency of the results around the world. Eighty-three percent of the case studies we examined showed some increase in nocturnal activity in response to disturbance. Our finding was consistent across species, continents and habitat types. Antelope on the savanna of Zimbabwe, tapir in the Ecuadorian rainforests, bobcats in the American southwest deserts – all seemed to be doing what they could to shift their activity to the cover of darkness.

Perhaps most surprisingly, the pattern also held across different types of human disturbance, including activities such as hunting, hiking, mountain biking, and infrastructure such as roads, residential settlement and agriculture. Animals responded strongly to all activities, regardless of whether people actually posed a direct threat. It seems human presence alone is enough to disrupt their natural patterns of behavior. People may think our outdoor recreation leaves no trace, but our mere presence can have lasting consequences. More…

How the US, Under Obama, Created Europe’s Refugee Crisis

[Politics]
How the US, Under Obama, Created Europe’s Refugee Crisis
by Eric Zuesse
Posted August 8, 2018

The current US President, Donald Trump, claimed on June 18th, that Germany’s leadership, and the leadership in other EU nations, caused the refugee-crisis that Europe is facing:

“The people of Germany are turning against their leadership as migration is rocking the already tenuous Berlin coalition. Crime in Germany is way up. Big mistake made all over Europe in allowing millions of people in who have so strongly and violently changed their culture!”

The US Government is clearly lying about this. The US Government itself caused this crisis that Europeans are struggling to deal with. Would the crisis even exist, at all, if the US had not invaded and tried to overthrow (and in some instances actually overthrown) the governments in Libya, Syria, and elsewhere — the places from which these refugees are escaping? The US Government, and a few of its allies in Europe (the ones who actually therefore really do share in some of the authentic blame for this crisis) caused this war and government-overthrow, etc., but Germany’s Government wasn’t among them, nor were many of the others in Europe. More…

Our New, Happy Life? The Ideology of Development 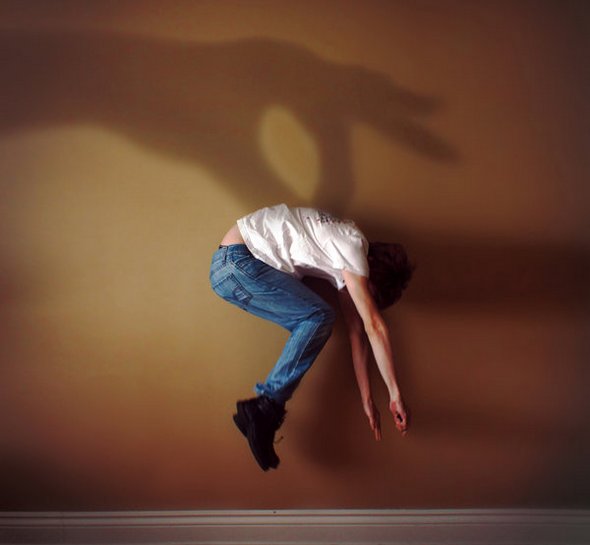 In George Orwell’s 1984, there is a moment when the Party announces an “increase” in the chocolate ration – from thirty grams to twenty. No one except for the protagonist, Winston, seems to notice that the ration has gone down not up.

‘Comrades!’ cried an eager youthful voice. ‘Attention, comrades! We have glorious news for you. We have won the battle for production! Returns now completed of the output of all classes of consumption goods show that the standard of living has risen by no less than 20 percent over the past year. All over Oceania this morning there were irrepressible spontaneous demonstrations when workers marched out of factories and offices and paraded through the streets with banners voicing their gratitude to Big Brother for the new, happy life which his wise leadership has bestowed upon us.

The newscaster goes on to announce one statistic after another proving that everything is getting better. The phrase in vogue is “our new, happy life.” Of course, as with the chocolate ration, it is obvious that the statistics are phony. More…