The images flew around the world. The teepees. The tear gas. The Indigenous water protectors’ camps. The boots advancing in unison as security forces cracked down on protests at Standing Rock against the Dakota Access pipeline. The defiance. The hundreds of arrests.

“While Sioux leaders advocated for protests to remain peaceful, State law enforcement officials, private security companies and the North Dakota National Guard employed a militarized response to protests,” Victoria Tauli-Corpuz, the UN Special Rapporteur for Indigenous Peoples, wrote in a recent report. A mercenary firm had been surveilling the pipeline opposition movement and engaged in military-style counterterrorism measures, according to an investigative report published by The Intercept.

The use of counterterrorism tactics against Indigenous protesters in the US reflects a global trend. More…

A radical change in human behavior away from its patterns of oppression, exploitation, war and ecocide will necessarily involve a drastic transformation in humanity’s relationship with thought. I’ve been saying this over and over again in different ways for a long time now, and yet I still get criticisms saying that I have useful insights but I don’t provide any plan of action.

The transformation in human consciousness is the plan of action. I really don’t know how to say it any clearer than that. And I will go so far as to say that that it is the only plan of action which will pull us out of our destructive patterns and into a healthy state of collaboration with each other and with our ecosystem. Unless we radically change the way we function above the neck, we will keep killing, consuming and destroying like a bunch of mindless automatons until everything is dead. I really don’t see any other way out of this. More…

Israel’s advanced military technology sector is producing scores of hackers and tech startups. One, in particular, is helping governments and nanny states with deep pockets creep into citizens’ cellphones.

After investigating some suspicious text messages sent to an Emirati human rights activist in early August, researchers at the University of Toronto’s internet watchdog Citizen Lab and Lookout Security announced on Aug. 24 that they’d detected the most sophisticated mobile hacking tool ever developed.

The spyware, known as Pegasus, was created by the secretive cyber warfare firm NSO Group, one of the many high-tech startups that has emerged from Israel’s advanced military technology sector. These firms, and the hoards of veteran hackers they employ, offer cutting edge products to the internet security industry. But they also offer their clients — which include a host of totalitarian regimes and nanny states — the opportunity to intrude on the digital privacy of private citizens and engage in industrial espionage or illicit surveillance. More… 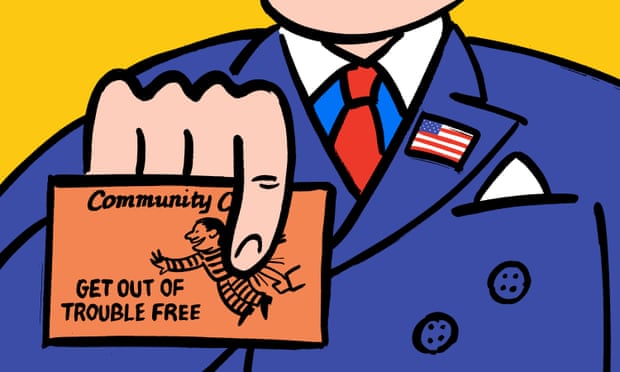 [Social]
How Globalists Plan To Use Technology And Poverty To Enslave The Masses
by Brandon Smith
Posted November 1, 2018

Tyranny is often seen as a sudden and inexplicable development in a society; the product of a singular despot that rockets to power for a limited window of time due to public fear or stupidity. This is one of the great lies of the modern era.

The truth is that for at least the past century almost every historically despised “tyrant” was merely a puppet of a larger managerial cabal, and the construction of each totalitarian state was accomplished slowly and quietly over the course of decades by those some financial elitists. From the Bolsheviks, to Hitler and the Third Reich, to Mao Zedong, to most tin-pot dictators across the Middle East and Africa, there has always been an organized group of money men and think tanks fueling the careers of the worst politicians and military juntas of the epoch. More…

[Politics]
The United States of America – The Real Reason Why They Are Never Winning Their Wars
By Peter Koenig
Posted October 25, 2018

This essay is inspired by Professor James Petras’s article, describing that the US never wins wars despite trillions of investments in her war budget and obvious military superiority.

Professor Petras is of course right, the United States is currently engaged in seven bloody wars around the globe (Afghanistan, Iraq, Pakistan, Syria, Yemen, Somalia, Libya) and has not been winning one, including WWII. The question is: Why is that?

To these wars, you may want to add the totally destructive and human rights adverse war that literally slaughters unarmed civilians, including thousands of children, in an open-air prison, Gaza, the US proxy war on Palestine, carried out by Israel; plus, warmongering on Iran, Venezuela and North Korea. Let alone the new style wars – the trade wars with China, Europe, and to some extent, Mexico and Canada, as well as the war of sanctions, starting with Russia and reaching around the world – the fiefdom of economic wars also illegal by any book of international economics. More…

Hold the Front Page: The Reporters are Missing So much of mainstream journalism has descended to the level of a cult-like formula of bias, hearsay and omission. Subjectivism is all; slogans and outrage are proof enough. What matters is “perception.

The death of Robert Parry earlier this year felt like a farewell to the age of the reporter. Parry was “a trailblazer for independent journalism”, wrote Seymour Hersh, with whom he shared much in common.

Hersh revealed the My Lai massacre in Vietnam and the secret bombing of Cambodia, Parry exposed Iran-Contra, a drugs and gun-running conspiracy that led to the White House. In 2016, they separately produced compelling evidence that the Assad government in Syria had not used chemical weapons. They were not forgiven.

Driven from the “mainstream”, Hersh must publish his work outside the United States. Parry set up his own independent news website Consortium News, where, in a final piece following a stroke, he referred to journalism’s veneration of “approved opinions” while “unapproved evidence is brushed aside or disparaged regardless of its quality.” More…

[Spiritual]
Once We Awaken
by Rudy Avizius
Posted October 19, 2018

Do you get a sense, that something is wrong
like that dissonance, that does not belong

As we move through the journey of life, many people are experiencing a sense of dis-ease, that something is off-kilter, that the narratives we are receiving do not match the reality we are experiencing. There is great hope in this knowledge because once one recognizes this dissonance the process of awakening begins.

Deep down way inside, you may have suspicions
that much what we’re told, are but veiled omissions

The narratives are controlled by a small handful of people who determine what issues and discussions we should be examining. As we watch the main stream news and follow social media, the news and discussions we see are mostly spectacle designed to boost ratings with little or no coverage of the real issues such as: our wars without end, corporate and big money control of government and media, or anything critical of the powers that be. Most of the journalists we see on the main stream media are basically celebrity faces who no longer practice journalism, but are simply parroting what those in power want them to say with little effort made to investigate and corroborate the stories. There is great hope in recognizing this knowledge, as it allows one to view the narratives more critically and to filter out what does not resonate with them. More…