[Economic] [Justice]
Wells Fargo paid more in criminal penalties than it paid in interest to its depositors
by Simon Black
Posted February 28, 2020

What’s really remarkable about this is that, over the past decade, Wells Fargo has paid a TOTAL of just $2.03 billion in interest to its retail customers.

In other words, the fine that Wells Fargo just got hit with last week is more money than they have paid in interest to their retail checking account customers over the last ten years combined!

Oh yeah… and out of the $3 billion fine, only $500 million will be set aside for the Wells Fargo customers who actually got scammed. The rest ($2.5 billion) goes to the government. This pretty much tells you everything you need to know about justice in the financial system: Wells Fargo scams customers for years. Then they finally get caught… and it still takes years to sort it all out in the courts.

By the time they get slapped with the big fine, the government takes most of the money… more money, in fact, than the defrauded customers earned in interest over the previous ten years combined.

Why would any rational person continue to put their money in this system??? More…

The Facts:
Wells Fargo has been hit with billions of dollars in fines for fraud on their customers.

Reflect On:
Most of us would not even consider giving our money to a known criminal to hold for us. Yet we do not exercise the same caution with corporate criminals. Why is this so?

[Community] [Justice]
The Rise of Smart Camera Networks, and Why We Should Ban Them
by Michael Kwet
Posted April 12, 2020

There’s widespread concern that video cameras will use facial recognition software to track our every public move. Far less remarked upon — but every bit as alarming — is the exponential expansion of “smart” video surveillance networks.

Private businesses and homes are starting to plug their cameras into police networks, and rapid advances in artificial intelligence are investing closed-circuit television, or CCTV, networks with the power for total public surveillance. In the not-so-distant future, police forces, stores, and city administrators hope to film your every move — and interpret it using video analytics.

The rise of all-seeing smart camera networks is an alarming development that threatens civil rights and liberties throughout the world. Law enforcement agencies have a long history of using surveillance against marginalized communities, and studies show surveillance chills freedom of expression — ill effects that could spread as camera networks grow larger and more sophisticated. More…

Justice Department prosecutors were on the verge of charging biotech giant Monsanto with a felony for illegally spraying a banned, highly toxic pesticide and nerve agent in Hawaii, not far from beachside resorts on Maui.

“But then, according to an internal April 2019 government document viewed by the Project on Government Oversight (POGO), that decision was overruled.”

Monsanto had its Washington lawyers intervene at the highest levels of Department of Justice to stop the felony case.

The Facts:
A US corporation was successful in getting a regulatory agency that was supposed to watching this corporation, to drop a large pending legal case.

Reflect On:
Should corporations be allowed to corrupt our system? Would abolishing the Citizens United ruling and limiting donations to only individuals with small donation ceilings be a major step in addressing this corruption? 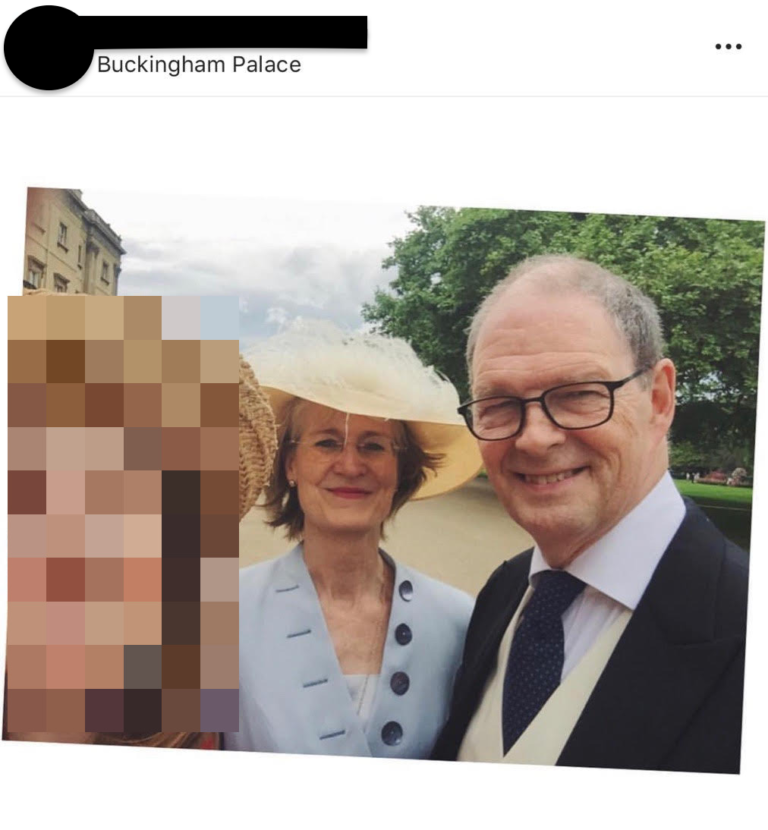 The senior judge overseeing the extradition proceedings of WikiLeaks publisher Julian Assange received financial benefits from two partner organisations of the British Foreign Office before her appointment, it can be revealed.

It can further be revealed that Lady Emma Arbuthnot was appointed Chief Magistrate in Westminster on the advice of a Conservative government minister with whom she had attended a secretive meeting organised by one of these Foreign Office partner organisations two years before.

Liz Truss, then Justice Secretary, “advised” the Queen to appoint Lady Arbuthnot in October 2016. Two years before, Truss — who is now Trade Secretary — and Lady Arbuthnot both attended an off-the-record two-day meeting in Bilbao, Spain.

The expenses were covered by an organisation called Tertulias, chaired by Lady Arbuthnot’s husband — Lord Arbuthnot of Edrom, a former Conservative defence minister with extensive links to the British military and intelligence community exposed by WikiLeaks. More…

The Facts:
The magistrate overseeing the Assange trial has proven conflicts of interest.

Reflect On:
Is there anyone who really believes that Assange will get a fair trial? When did reporting on criminal activity among the highest levels of government become a crime itself?

Mistrial Is Another Blow To US Coup In Venezuela

[Justice] [Political]
Mistrial Is Another Blow To US Coup In Venezuela
By Kevin Zeese and Margaret Flowers
Posted February 19, 2020

Last week, we along with Adrienne Pine and David Paul were unsuccessfully prosecuted by the Trump administration for our protection of the Venezuelan embassy in Washington, DC from April 10 to May 16, 2019. The jury was unable to reach a unanimous decision and so we remain innocent of the charge of interfering with the protective functions of the US Department of State. The judge declared a mistrial. It was a partial victory and we greatly appreciate the jurors who were able to see through the cloud of misinformation in the courtroom and vote to acquit us.

The day our trial started, Juan Guaido returned to Venezuela where he was harassed and physically assaulted by protesters. He is unable to muster support at home even from the opposition. Guaido’s presidential charade is fading but the United States has not given up on its regime change campaign in Venezuela. New sanctions are being imposed and there have been recent attacks of sabotage within the country that resemble ones backed by the US in other countries to cause disruption and discord. As Citizens of Empire, we must continue to oppose US intervention in other countries. More…

People Power in Romania Stopped a Mining Project. Now the Corporation Is Suing for Billions of Dollars

Nestled in Romania’s mountainous and resource-rich region of Transylvania, Rosia Montana is a pretty town with a history dating back 2000 years. This place, however, holds an ineffable importance that goes beyond its historical significance. Today, it is an inspiring example of how a group of stubborn local farmers fought for their homes, their community, their lands, and their cultural heritage in the face of an assault by a Canadian mining corporation, Gabriel Resources.

This corporation wanted to destroy Rosia Montana by turning it into Europe’s largest open-pit gold mine, posing a severe environmental threat due to the use of toxic cyanide. It was David against Goliath. Gabriel had the money, it had connections to the highest echelons of power, and it controlled Romania’s media via million-dollar publicity contracts. In Rosia Montana, they waged nothing short of a war — buying up vital communal infrastructure, such as shops, the local dispensary, etc. to close them down. They also offered money for homes and so divided the community, setting family members against each other. More…

The Facts:
The TPP agreement called for similar Investor State Dispute Settlements, except that they would have bypassed the traditional legal system in favor of arbitration held in private tribunals, adjudicated by corporate lawyers.

Reflect On:
How we need to remain vigilant of “trade agreements” that place corporate interests above national interests. Can we really expect a “fair” resolution from the World Bank arbitrators?

The “Deep State” and the Unspoken Crimes of the U.S. Empire, Operation Gladio

[Politics] [Justice]
The “Deep State” and the Unspoken Crimes of the U.S. Empire, Operation Gladio
By Gary Weglarz
Posted February 18, 2020

The key institutions of Western societies have lost their credibility. They fail to merit either the respect or loyalty of the domestic populations they purport to serve.

Testing the validity of this assertion requires examination of Western institutions from a holistic rather than fragmentary perspective. This is easier said than done.

There exists a massive amount of near real-time web based information available for us to process daily if we are attempting to keep abreast of world events. This often leaves us diligently evaluating recent events, while lacking the opportunity to step back and assemble these discrete events into a more comprehensible whole.

The assassinations of the entire elite level of progressive leadership in the United States during the 1960s (JFK, Malcolm X, MLK & RFK within a 5 year period). In Europe this includes the later assassinations of Aldo Moro and Olaf Palme. More…

Facing accusations that it issued a doctored report alleging a chemical attack in Syria, the OPCW has released an inquiry attacking two whistleblowers as rogue actors. Leaked documents obtained by The Grayzone reveal serious distortions in the OPCW inquiry as well as a campaign of intimidation against internal dissenters.

For the past year, the Organization for the Prohibition of Chemical Weapons (OPCW) has been roiled by allegations that it manipulated an investigation to falsely accuse the Syrian government of a chemical weapons attack. An OPCW report released in March 2019 lent credence to claims by Islamist militants and Western governments that the Syrian military killed around 40 civilians with toxic gas in the city of Douma in April 2018. The accusation against Damascus led to US-led military strikes on Syrian government sites that same month.

But leaked internal documents published by Wikileaks show that OPCW inspectors who deployed to Douma rejected the official story, and complained that higher-level officials excluded them from the post-mission process, distorted key evidence, and ignored their findings. More…

The Formosa settlement victory sets a major legal precedent to advance other citizen lawsuits against polluters, requiring that the polluters (not taxpayers) pay for their messes.

The many sparkling bays along the Texas coastline of the Gulf of Mexico have long provided both a working-class living and a valued lifestyle for generations of shrimpers, oysterers and other fishing families. People and seafood, however, are not the only creatures here, for such wildlife as alligators and snakes also call many of these interconnected waterways home. Yet, by necessity and experience, the hardy people of the water have figured out how to share the bays so all creatures can get along.

But in the 1980s, a strange and invasive new critter entered Lavaca Bay, near the town of Port Comfort. Far from getting along, this species proceeded over the years to devour whole harvests of seafood, along with the livelihoods of local Gulf communities. This marauder was not some monster from the deep but a massive, 45,000-acre factory looming over Lavaca Bay. It is the Formosa Plastics Corporation, founded by the richest man in Taiwan. More…