Enemies of the Deep State: The Government’s War on Domestic Terrorism is a Trap

[Justice] [Social]
Enemies of the Deep State: The Government’s War on Domestic Terrorism Is a Trap
By John W. Whitehead and Nisha Whitehead
Posted March 22, 2021 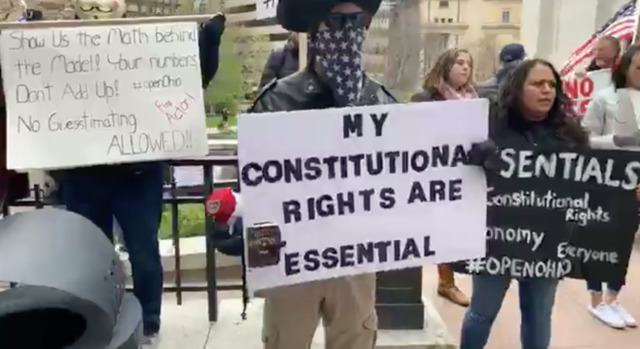 Don’t blink or you’ll miss the sleight of hand.

If you’re not scared yet, you should be.

Start with the powers amassed by the government under the USA Patriot Act, note the government’s ever-broadening definition of what it considers to be an “extremist,” then add in the government’s detention powers under NDAA, the National Security Agency’s far-reaching surveillance networks, and fusion centers that collect and share surveillance data between local, state and federal police agencies.

To that, add tens of thousands of armed, surveillance drones and balloons that are beginning to blanket American skies, facial recognition technology that will identify and track you wherever you go and whatever you do. And then to complete the picture, toss in the real-time crime centers being deployed in cities across the country, which will be attempting to “predict” crimes and identify so-called criminals before they happen based on widespread surveillance, complex mathematical algorithms and prognostication programs.

Hopefully you’re starting to understand how easy we’ve made it for the government to identify, label, target, defuse and detain anyone it views as a potential threat for a variety of reasons that run the gamut from mental illness to having a military background to challenging its authority to just being on the government’s list of persona non grata.