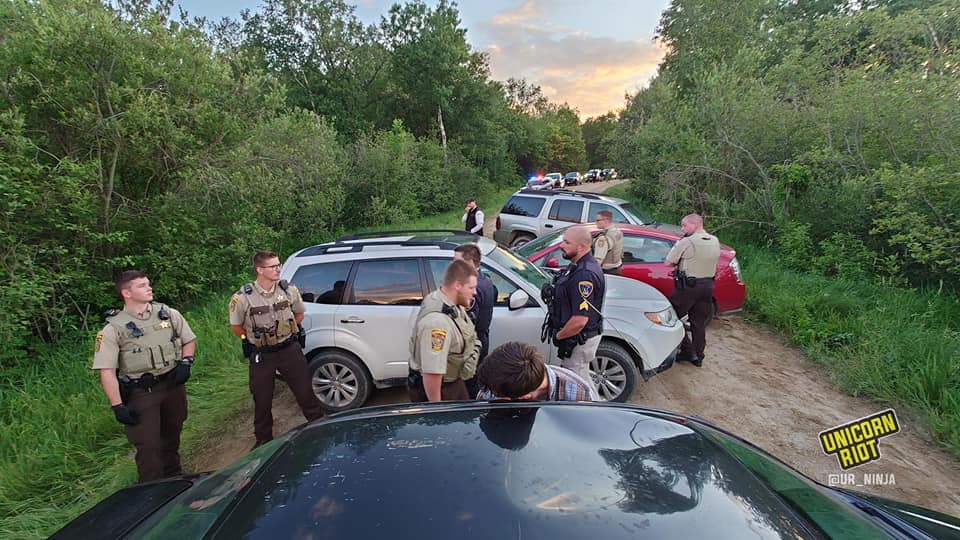 “This is an outrageous and unlawful effort to blockade people who are engaged in protected First Amendment activity.”

“I was handed a notice that states the sheriff will be installing a physical barricade across the driveway to our private property,” said Tara Houska, an Anishinaabe co-founder of the anti-pipeline Giniw Collective, which organized the camp. “He’s saying that we have no right of access to our private property by vehicle.”

Water protectors see the road blockade as another example of local sheriff’s offices working to protect the interests of Enbridge, the Canadian tar sands pipeline company.

The Namewag camp has been used as a jumping-off point for water protectors conducting direct-action protests, sometimes involving demonstrators locking themselves to pipeline construction equipment or obstructing access to construction sites.

The water protectors oppose the tar sands oil pipeline based on its potential climate and environmental impacts, including the potential harm of a pipeline spill. They say the placement of the pipeline violates treaties signed between Ojibwe people and the U.S. government, because the route cuts through lands to which Ojibwe people have guaranteed access for hunting and gathering. More…

The Facts:
In service to big oil corporations, sheriffs have blocked a access to private property. Recently the DHS used a publicly funded helicopter to shower debris on pipeline protestors.

Reflect On:
These corporations are using publicly funded law enforcement to serve their own self serving interests and to override peoples’ 1st Amendment rights. When you see the phrase “protect and serve”, jconsider just exactly who are these people protecting and serving?