CHEVRON V. DONZIGER: Why it should matter to all of us

[Justice] [Political] [Media] [Spiritual]
CHEVRON V. DONZIGER: Why it should matter to all of us
by Marianne Williamson
Posted September 30, 2021 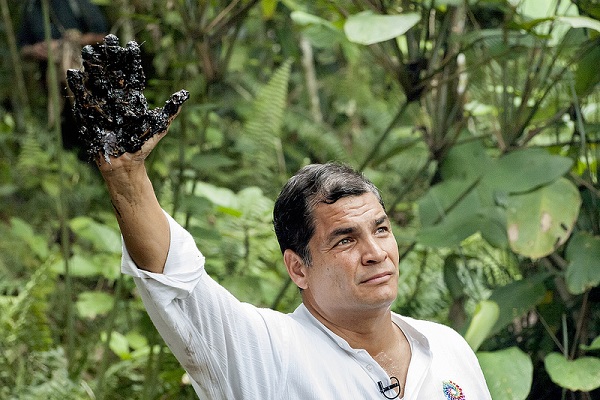 We all know environmental degradation is an existential threat to our species. We’ve heard it enough times. We get it.

We also know fossil fuel companies are resisting the changes we must make in order to avoid overwhelming catastrophes. We get that too.

What we don’t always realize is the lengths to which fossil fuel companies will go in order to silence the resistors, shut down the opposition, and avoid consequences for their egregious actions. When we do know – when we’re informed – it should awaken all of us. For what they can do to anyone, they could one day do to you.

Steven Donziger is a Harvard law school graduate who went to Ecuador in the 1990’s. He was traveling with a team of lawyers and doctors to view the horrific evidence that Texaco, an oil giant since bought by Chevron, had poisoned a huge swath of the Ecuadorian Amazon during oil drilling in the 1960’s, 1970’s and 1980’s. What they saw were the results of a massive and man-made environmental disaster that poisoned the water, earth and food of tens of thousands of people. Worst of all, the evidence indicated it was done deliberately as part of an engineering plan to save $3 per barrel. This horror was not an accident. More…

The Facts:
The US Department of Justice has overtly shown how much it has been captured by corporate interests by refusing to intervene in this blatant abuse of the judicial system.

Reflect On:
If corporations are allowed to get away with using their financial might to undermine justice, how can we say that we have a fair and impartial judicial system? What would happen if Chevron gets away with this and a corporation poisoned your water supplies? What recourse would you have?