The Thin Blue Line Versus the Robust Red Line

You take the blue pill –the story ends, you wake up believing what you’ve been conditioned to believe. You take the red pill –you stay in Wonderland, and I show you how to question what you think you believe using knowledge, freedom, passion, and the painful truth of reality.

Similarly, wouldn’t you rather the dangerous freedom of the liberating Red Line than the comfort, security, and safety of the tyrannical Blue Line? I prefer liberty with danger to peace with slavery. Which would you prefer? More…

Why Is the Government Collecting Your Biometric Data?

Why Is the Government Collecting Your Biometric Data?
by Tana Ganeva
Posted June 28, 2012

The next time you get pulled over, watch for a blocky, black gadget attached to the officer’s iPhone. That’s the MORIS device, one of many mobile fingerprint and biometric scanners proliferating in police departments around the country. MORIS is designed to ascertain identity and dig up an unsavory past, but that’s not all: the device can also gather iris scans, fingerprints, and photos searchable with face recognition technology.

Mobile scanners like MORIS are just one of the many ways biometric data (unique, identifying physical features including fingerprints, DNA or iris scans) is collected and potentially fed into government and private biometric databases that have swelled in both size and sophistication in the decade after 9/11. More…

Perhaps there’s some sort of greed gene that prompts compulsive outbreaks of financial graspiness by giant bankers. How else to explain the chronic gouges, excesses and scandals that we’re getting from this one, small subgroup of human beings?

Their latest reach is into the pockets of low- and modest-income college students who need federal student aid to help cope with today’s ever-escalating education costs. For decades, this financial assistance has come in the form of simple checks written to the students by the aid program or administered directly by the schools. But, of course, such straightforward simplicity begged the obvious question: How can we expect Wall Street bankers to grab a chunk of this student education money if it’s not routed directly through them?

Thus, from deep inside a particularly inventive banker somewhere, the greed gene shouted: “debit cards!” Rather than disbursing the aid by checks, banks get universities to issue debit cards for students to use to withdraw their aid funds electronically. More…

We give prison sentences for smoking marijuana, but not for billion-dollar fraud. About half of our world-leading prison population is in jail for non-violent drug offenses. Americans have also been arrested for handing out free food in a park. Mothers in Ohio and Connecticut were jailed for enrolling their kids in out-of-district schools. As of 2003 in California there were 344 individuals serving sentences of 25 years or more for shoplifting as a third offense, in many cases after two non-violent offenses. How does the market deal with this steady tide of petty crime? It strives for more. The new trend of private prisons is dependent on maintaining a sizable prison population to guarantee profits, with no incentive for rehabilitation.

We’ve betrayed the young people who were advised to stay in school. Over 40% of recent college graduates are living with their parents, dealing with government loans that average $27,200. The unemployment rate for young people is about 50%. More than 350,000 Americans with advanced degrees applied for food stamps in 2010.

As Washington lobbyists endeavor to kill a proposed bill to reduce the interest rates on student debt, federal loans remain readily available, and so colleges go right on increasing their tuition. Meanwhile, corporations hold $2 trillion in cash while looking for investments and employees in foreign countries, and American students are forced to accept menial positions. More… 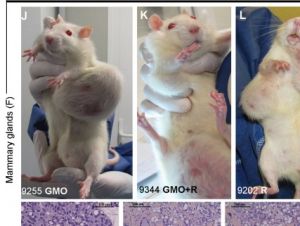