I’ve Seen Goldman Sachs From the Inside. We Need Public Banks

[Economic]
I’ve Seen Goldman Sachs From the Inside. We Need Public Banks
By Nomi Prins
Posted May 29, 2019 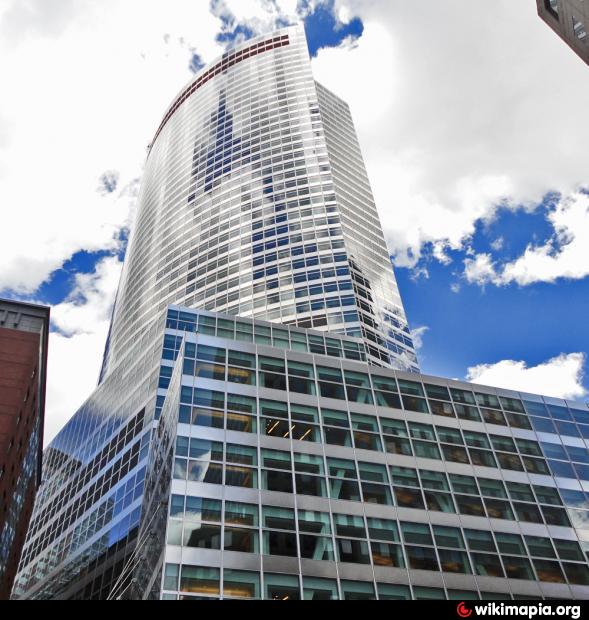 For far too long, Wall Street has wreaked havoc on people’s personal financial stability and our economy as a whole. I should know. As a managing director at Goldman Sachs in the early 2000s, I witnessed firsthand how the banking industry lined their pockets at the expense of customers.

Not much has changed since then. After the mortgage fraud crisis of 2007-08, the biggest banks were slapped with $216 billion in fines – a drop in the bucket for firms that raked in a cool $237 billion last year alone. Infamously, not a single banker went to jail. Today, Wall Street banks continue to commit fraud, enjoy front-row lobbying seats in Washington, write legislation on their own behalf, and maintain easy access to credit courtesy of the Federal Reserve.

The Dodd-Frank Act of 2010 placed some regulations on banks’ riskier bets. But, crucially, that reform failed to divide banks into two entities: one dealing with people’s FDIC insured deposits, and the other able to create complex securities and engage in derivatives trading using our deposits as collateral. Ten years after the financial crisis, our money is still very much at risk of being gambled away. More…

The Facts:
The too big to fail banks will do everything in their power to fight the creation of public banks.

Reflect On:
Learn to recognize the voice of the big banks when you read or hear about why public banks are not a good idea. Remember, that their golden goose is at stake here, and lies will be told.

[Community]
Glyphosate Worse than We Could Imagine. “It’s Everywhere”
By F. William Engdahl
Posted May 23, 2019

As new studies continue to point to a direct link between the widely-used glyphosate herbicide and various forms of cancer, the agribusiness lobby fights ferociously to ignore or discredit evidence of human and other damage.

While most attention is understandably drawn to the human effects of exposure to glyphosate, the most widely used agriculture chemical in the world today, independent scientists are beginning to look at another alarming effect of the agrochemical– its effect on essential soil nutrients. In a study of the health of soils in the EU, the online journal Politico.eu found that the effects of spraying of glyphosate on the major crops in European agriculture is having disastrous consequences on soil health in addition to killing weeds. More…

Despite the overwhelming evidence, however, EU Commission bureaucrats and the USA EPA continue to ignore prudence in not banning the toxic chemical pending thorough independent investigation over longer time.

Reflect On: Why would governments and regulatory agencies deliberately ignore evidence of glyphosate’s serious damage to health and environment? Could corruption be in play here?

5G From Space: “Not One Inch of The Globe Will Be Free of Radiation”

In November of 2018, the United States Federal Communications Commission (FCC) authorised the rocket company SpaceX, owned by the entrepreneur Elon Musk, to launch a fleet of 7,518 satellites to complete SpaceX’s ambitious scheme to provide global satellite broadband services to every corner of the Earth.

Given the scale of the project, it is surprising how few people are aware of the enormity of what is now just beginning to unfold all around us. Very few people have even heard about the 20,000 new satellites that are due to transform the planet into a so-called “smart planet”, irradiating us night and day. In the national media, we do not hear voices questioning the wisdom, let alone the ethics, of geo-engineering a new global electromagnetic environment. More…

Why Police-Community Relationships Are Important

[Community]
Why Police-Community Relationships Are Important
US Dept of Justice Report
Posted May 11, 2019

Strong relationships of mutual trust between police agencies and the communities they serve are critical to maintaining public safety and effective policing. Police officials rely on the cooperation of community members to provide information about crime in their neighborhoods, and to work with the police to devise solutions to crime and disorder problems. Similarly community members’ willingness to trust the police depends on whether they believe that police actions reflect community values and incorporate the principles of procedural justice and legitimacy

Following are some key issues and recommendations that were identified during the meeting, along with other promising practices, that can be used to help police departments and their communities to develop collaborative strategies for moving forward. More…

[Community]
US FDA Lifts Ban on GMO “Frankensalmon”
By Arjun Walia
Posted May 2, 2019

When I think about genetically modified organisms (GMOs), the first thing that comes to mind is the Seralini study. It’s one of many studies cited as to why so many countries around the world have banned or have severe restrictions on GMOs. The study was published in November 2012, the Journal of Food and Chemical Toxicology published a paper titled Long Term Toxicity of Roundup Herbicide and a Roundup-Tolerant genetically modified maize by Gilles-Eric Séralini and his team of researchers at France’s Caen University (source).

It was a very significant study that made a lot of noise worldwide, the first of its kind under controlled conditions that examined the possible effects of a GMO maize diet treated with Monsanto’s Roundup Herbicide. The results of the study were quite alarming, as a result it was retracted by the industry in a very shady way, but then republished in multiple journals. More…

The Facts:
The FDA recently lifted a ban on sale of GMO salmon by the Massachusetts biotech company, AquaBounty. Until now the company had been prevented from importing its GMO eggs to its salmon tanks in Indiana.

Reflect On:
With so much information and science showing that there are health and environmental concerns when it comes to GMOs, why are they so abundant in North America? Why has it been so difficult to not only label them, but to ban them? 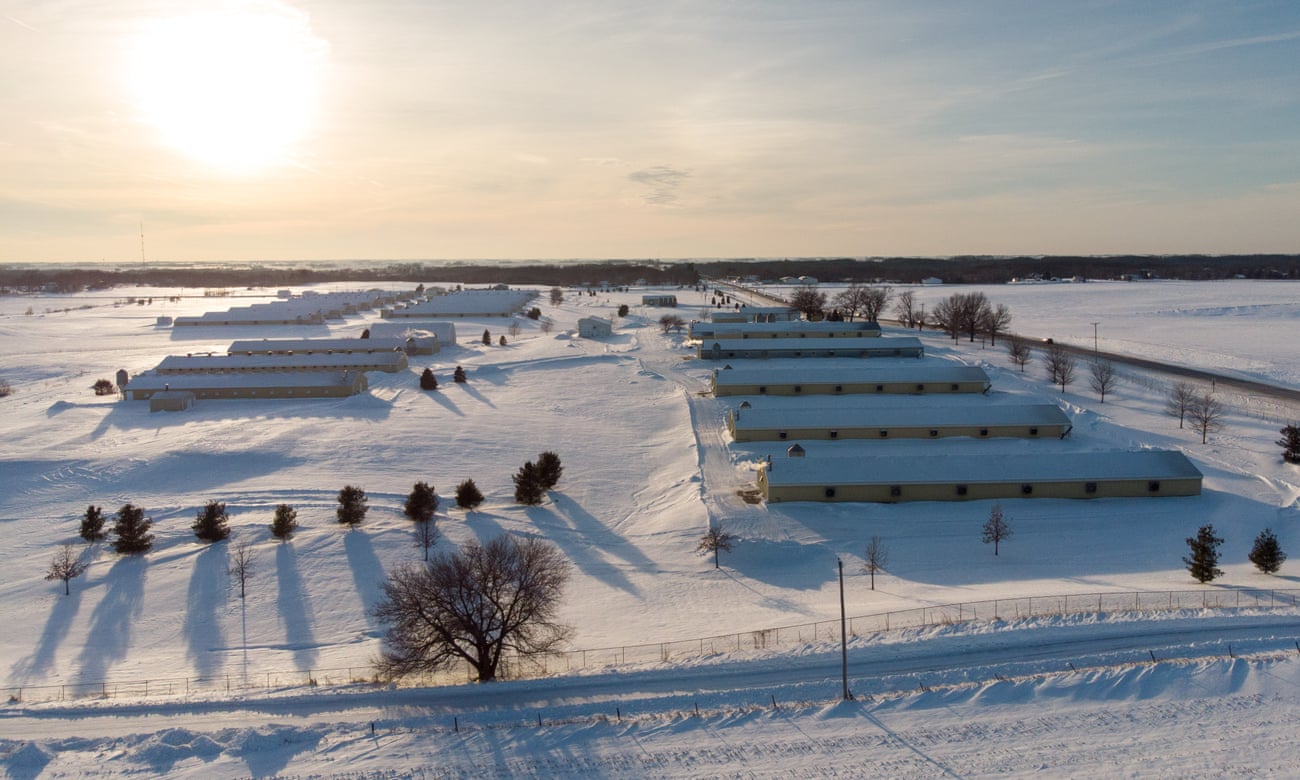 “In the past 20 years, where I am, independent hog farming just silently disappeared as the corporates came in,” says Rosemary Partridge. “I live on a hilltop. I can see seven farm families, people my kids went to school with. They’re all gone now. My county has 11 small towns, and it’s almost like I could look back in slow motion and just see the businesses change and disappear. We’ve become poorer. Our communities are basically shattered and in more than just an economic way – in a social way too.”

This collapse has in good part been driven by the rise of concentrated animal feeding operations, or Cafos. In these industrial farming units, pigs, cows and chickens are crammed by the thousand into rows of barns. Many units are semi-automated, with feeding run by computer and the animals watched by video, with periodic visits by workers who drive between several operations. More…

The End of the Road

[Community]
The End of the Road
by Whitney Belprez
Posted April 25, 2019

Last week while on our monthly grocery trip, we were shocked to see that milk was selling for $1.50 a gallon at ALDI in Big Rapids.

Clearly, most shoppers’ reaction to these prices was to say “wow, $1.50!” and to then stock up. For us, our hearts sank. Those farmers, their families, their cows. How in God’s name can they survive $1.50 a gallon?

This week, Dean Foods gave notice to 140 small family dairy farms in Michigan, Indiana and Ohio that after May 31 of this year, there will be no truck to pick up their milk. Walmart, the largest buyer of Dean’s milk in the region, has vertically integrated and will now be processing their own milk. But not from those farms. Those farms are too small for Walmart to waste their time with. And now, Dean has no avenue to sell those farms’ milk. After years of low prices, it is, likely, the final nail in the coffin for those farms. More…

Organic farms are under attack from agribusiness, weakened standards

The certified organic label has helped save many generational farms and enabled people like me, who do not come from agricultural backgrounds, to become successful farmers. Organic farming has brought environmental benefits—healthier soils, freedom from toxic pesticides and herbicides—to 6.5 million acres in the U.S.

Organic shoppers are willing to pay a little extra for food that is free from chemical residues. But the organic label is in trouble after reports of fraudulently labeled food made national news. On top of that, agribusiness pressures and National Organic Program (NOP) actions have weakened standards. Yet at a time when farms are in distress, family-scale farmers need a label with integrity. They need a label that provides public support from people who understand that small-scale farmers are an endangered species. More…