Cities Should Stop Offering Tax Incentives to Companies Like Amazon Amazon’s decision to walk away from its plan to build a new headquarters in Queens stunned city and state officials, who had promised US$3 billion in incentives in exchange for some 25,000 jobs. They had never questioned whether the promised jobs and economic stimulus would actually appear.

In my own research as an economist studying corporate welfare, I have found and reviewed much evidence on the effectiveness of tax and other incentives. My conclusion: Incentives just don’t work.

That’s in part because companies aren’t obligated to follow through on their promises. Just ask Boston. More… 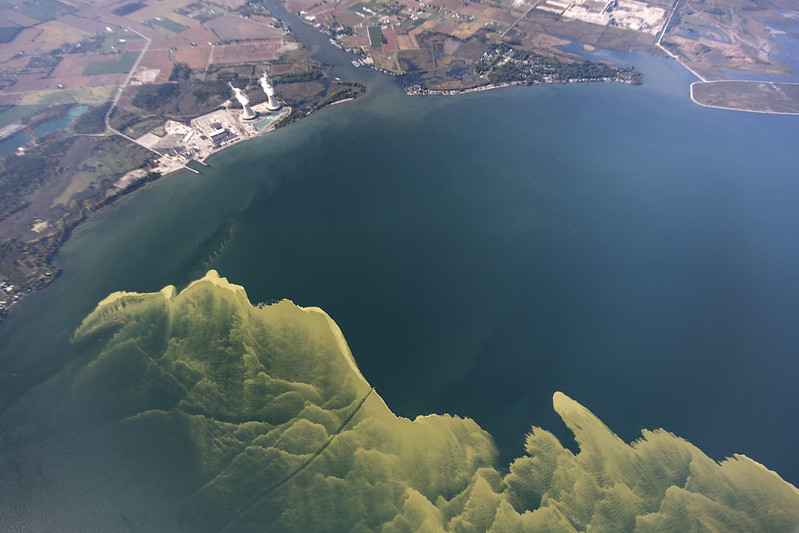 They did it, the citizens of Toledo, on the western basin of Lake Erie, will now be voting on a controversial legal bill on 26 February. What they will be deciding is whether Lake Erie has the same legal rights as a corporation or person.

There have been cities and townships in the United States that have passed ordinances making some types of polluting illegal, but no American city or state has changed the legality of nature in a way that is this big and this extensive – effectively giving personhood to a gigantic lake.

Called the Lake Erie Bill of Rights, it would grant personhood status to the lake, with the citizens being the guardians of the body of water. If passed, citizens could sue a polluter on behalf of the lake, and if the court finds the polluter guilty, the judge could impose penalties in the form of designated cleanups and/or prevention programs.

“What has happened in Toledo is that we have lost our faith in the current mechanisms of power, and decided to take things into our own hands,” said Bryan Twitchell, a Toledo school teacher. More…

The Facts:
Corporations have rights inside our current political system, now people are fighting back and demanding the same rights as corporations

Reflect On: Imagine the changes that will take place if nature enjoyed the same rights as profit making corporations.

5G – The Harmful Effects of a New Technology

Governments are promoting it as if the future of humanity depends on it. It MUST BE implemented. When governments and corporations see technological daylight up the road—and big money—they run toward it joined at the hip. Consequences be damned. And now, 5G.

The Facts:
There are now thousands of studies linking low-level wireless radio frequency radiation exposures to a long list of adverse biological effects and health effects.

Reflect On:
What will be the health and environmental consequences of allowing this technology to spread? What can you do to limit governments and corporations from profitting from this damaging radiation?

The Secret to Funding a Green New Deal As alarm bells sound over the advancing destruction of the environment, a variety of Green New Deal proposals have appeared in the U.S. and Europe, along with some interesting academic debates about how to fund them. Monetary policy, normally relegated to obscure academic tomes and bureaucratic meetings behind closed doors, has suddenly taken center stage.

The 14-page proposal for a Green New Deal submitted to the U.S. House of Representatives by Rep. Alexandria Ocasio-Cortez, D-N.Y., does not actually mention Modern Monetary Theory (MMT), but that is the approach currently capturing the attention of the media—and taking most of the heat. The concept is good: Abundance can be ours without worrying about taxes or debt, at least until we hit full productive capacity. But, as with most theories, the devil is in the details.

MMT advocates say the government does not need to collect taxes before it spends. It actually creates new money in the process of spending it; and there is plenty of room in the economy for public spending before demand outstrips supply, driving up prices. More…

The Facts:
Much like personal mortgages, interest charges on public projects can easily more than double in cost over the life of the loan. Yet banks actually create this money out of thin air and then charge interest on it.

Reflect On:
Consider how much we could save if we eliminated the Wall Street banker middle men and could finance these public projects at little to no interest charges through public banks. North Dakota lawmakers are considering a bill to restrict the release of records related to security operations involving “critical infrastructure” — a category that includes fossil fuel pipelines. The bill comes after The Intercept and other media outlets published stories documenting law enforcement surveillance and coordination with private security during the Dakota Access pipeline protests, many of which were based on records released under the North Dakota Open Records Act.

The struggle against the Dakota Access pipeline galvanized a global movement, but it also led to intensive police monitoring, violent suppression of protests, and the prolonged prosecution of hundreds of activists. The overwhelming majority of charges brought against pipeline opponents were eventually dismissed due to lack of evidence. In numerous cases, lawyers and activists drew on documents that media outlets obtained via open records requests to defend those under prosecution. More…

The Facts:
Many politicians routinely protect their big corporate donors and their hired enforcers rather than representing the voters who elected them.

Reflect On:
What will be the consequences of even less transparency as the government uses its monopoly on legal violence violence to suppress legitimate dissent? If peaceful dissent is suppressed, will it make violent dissent more likely?

How does infrastructure in the U.S. compare to that of the rest of the world? It depends on who you ask.

On the last two report cards from the American Society of Civil Engineers, U.S. infrastructure scored a D+. This year’s report urged the government and private sector to increase spending by US$2 trillion within the next 10 years, in order to improve not only the physical infrastructure, but the country’s economy overall.

Our Doctors Are OUR Doctors

[Community]
Our Doctors Are OUR Doctors
by David Silverstein
Posted February 27, 2019

A friend’s teenage daughter is on her way to do gymnastics at a Division 1 school and has been dealing with a shoulder injury for some time. On a recent visit to her orthopedist, an MRI of her shoulder was ordered. The order from the orthopedist was submitted to their insurance carrier for pre-approval. The insurance carrier declined.

This simple scenario plays out many times—every day. It’s a perfect illustration of one of the major problems with today’s American healthcare system. Somehow, somewhere along the way, we’ve gone from “insurance” to “payers” and from “patients” to, well, “payers.” In other words, we’ve put “payers” at the center of our healthcare system, as opposed to patients and their doctors. More…

Jackboots In The Morning: No One Is Spared From This American Nightmare

[Justice]
Jackboots In The Morning: No One Is Spared From This American Nightmare
by John Whitehead
Posted February 23, 2019

For too long now, the American people have allowed their personal prejudices and politics to cloud their judgment and render them incapable of seeing that the treatment being doled out by the government’s lethal enforcers has remained consistent, no matter the threat.

The Facts:
The use of swat raids has expanded from a few raids a year to the point that our government now generates 80,000 swat team raids every year. Many of these raids attack the wrong house, and often involve shooting of family pets and terrorizing of small children.

Reflect On:
What will be the consequences if we collectively do not stop this expansion of violent behaviour of “our” government? Should the concept of protecting police misbehaviour through limited immunity be reexamined?