The state also has an essentially unlimited line of credit which it can use to fund its favored cartels and state fiefdoms. More…

Why Society’s Biggest Freeloaders Are at the Top

[Economic]
Why Society’s Biggest Freeloaders Are at the Top
By Rutger Bregman
Posted April 30, 2017 No, wealth isn’t created at the top. It is merely devoured there. This piece is about one of the biggest taboos of our times. About a truth that is seldom acknowledged, and yet – on reflection – cannot be denied. The truth that we are living in an inverse welfare state.

These days, politicians from the left to the right assume that most wealth is created at the top. By the visionaries, by the job creators, and by the people who have “made it”. By the go-getters oozing talent and entrepreneurialism that are helping to advance the whole world. More…

[Economic]
Breaking Up the Big Wall Street Banks Is Back in the Headlines
By Pam Martens and Russ Martens
Posted April 27, 2017

In the past two weeks, newspaper headlines have revived the debate on whether the mega Wall Street banks continue to pose a systemic threat to the U.S. banking system and the economy. This is a desperately needed public debate that demands facts – not a revisionist history of what actually caused the 2008-2010 Wall Street collapse and the worst economic downturn since the Great Depression.

The 1933 Glass-Steagall Act was passed by Congress at the height of the Wall Street collapse and Great Depression. It acccomplished two equally critical tasks. It created Federally-insured deposits at commercial banks to restore the public’s confidence in the U.S. banking system and it barred insured commercial banks from being part of a Wall Street investment bank or securities underwriting operation because their high-risk speculative activities frequently blew up the house. More…

Throughout human history, private debt has been used by the dominant classes to subjugate, despoil, expropriate, and dispossess the toiling classes (among whom women have always been the hardest-hit victims): small farmers, artisans, fishers, and on up to the salaried workers of today and the members of their households (students, who go into debt to pursue their education) |1|.

The process is simple: the lender requires that borrowers pledge their possessions as collateral. This can be, for example, the land held and cultivated by the farmer, or in the case of an artisan, the tools of his or her trade. Repayment of the loan must be made in cash or in kind. Since the interest rates are high, to repay the loan the borrower must transfer a large share of the fruits of his or her labour to the lender, and so becomes impoverished. More…

The Savings And Stability Of Public Banking

[Economic]
The Savings And Stability Of Public Banking
By Ralph Nader
Posted April 24, 2017 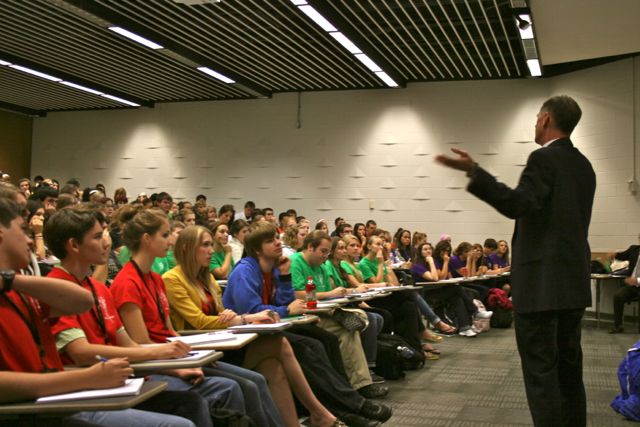 There needs to be much more education of state legislators and the public at large.

As a society obsessed by money, we pay a gigantic price for not educating high school and college students about money and banking. The ways of the giant global banks – both commercial and investment operations – are as mysterious as they are damaging to the people. Big banks use the Federal Reserve to maximize their influence and profits.

The federal Freedom of Information Act provides an exemption for matters that are “contained in or related to examination, operating, or condition reports prepared by, on behalf of, or for the use of an agency responsible for the regulation or supervision of financial institutions.” This exemption allows financial institutions to wallow in secrecy. Financial institutions are so influential in Congress that Senator Durbin (D, IL) says “[The banks] frankly own this place.” More…

There Is No Nobel Prize in Economics

[Economic]
There Is No Nobel Prize in Economics
By Yasha Levine
Posted March 27, 2017 It’s Nobel Prize season again. News reports are coming out each day sharing the name of the illustrious winner of the various categories — Science, Literature, etc. But there’s one of the prizes that’s a little different. Well, that’s putting it lightly… you see, the Nobel Prize in Economics is not a real Nobel. It wasn’t created by Alfred Nobel. It’s not even called a “Nobel Prize,” no matter what the press reports say.

The five real Nobel Prizes—physics, chemistry, literature, peace, and medicine/physiology—were set up in the will left by the dynamite magnate when he died in 1895. The economics prize is a bit different. It was created by Sweden’s Central Bank in 1969, nearly 75 years later. The award’s real name is the “Sveriges Riksbank Prize in Economic Sciences in Memory of Alfred Nobel.” It was not established by Nobel, but supposedly in memory of Nobel. It’s a ruse and a PR trick, and I mean that literally. And it was done completely against the wishes of the Nobel family.

Sweden’s Central Bank quietly snuck it in with all the other Nobel Prizes to give free-market economics for the 1% credibility. More…

Spoiler alert! It’s already here. In the past, I’ve warned about the coming Great Wealth Transfer. But now we need to talk about it in the present tense, because it’s here.

And it will only accelerate from here on out. The Rich will get richer at the expense of everybody else.

This isn’t personal. It’s simply a feature of what happens near the end of a debt-based monetary system run by corruptible humans.

What Went Wrong in Wall Street Reform: Obama Versus FDR

Following the Wall Street crash of 1929, thousands of banks failed in the United States. More than 3,000 banks went under in 1931 followed by more than 1400 the following year. There was no Federal insurance on bank deposits in those days so both depositors and shareholders were wiped out or received pennies on the dollar when the banks went bust. This deepened the panic and deepened the Great Depression.

Many of the bank failures stemmed from the banks using depositors’ money to speculate in the stock market, sometimes to manipulate the price of their own stock.

Franklin Delano Roosevelt was sworn in as President of the United States on March 4, 1933. Two days later he declared a national banking holiday, meaning that he closed all the banks and sent in the examiners to determine which ones were sound and which ones were insolvent. The banking holiday lasted to March 13. Just three months later, on June 16, 1933, FDR and Congress enacted the Glass-Steagall Act also known as the Banking Act of 1933. More…