Japan has found a way to write off nearly half its national debt without creating inflation. We could do that too. Let’s face it. There is no way the US government is ever going to pay back a $20 trillion federal debt. The taxpayers will just continue to pay interest on it, year after year.

A lot of interest.

If the Federal Reserve raises the fed funds rate to 3.5% and sells its federal securities into the market, as it is proposing to do, by 2026 the projected tab will be $830 billion annually. That’s nearly $1 trillion owed by the taxpayers every year, just for interest.

Personal income taxes are at record highs, ringing in at $550 billion in the first four months of fiscal year 2017, or $1.6 trillion annually. But even at those high levels, handing over $830 billion to bondholders will wipe out over half the annual personal income tax take. Yet what is the alternative? Japan seems to have found one. More…

“We are declaring war on cash,” Bank spokesman Andy Gerlt

Among the people championing the convenience of a cashless society are those who use iphones to buy Starbucks coffee. These devotees who will sacrifice freedom for convenience will not be spared. They will be crushed under the juggernaut when alternate choices of transacted commerce are eliminated.

Kind of like the middle class thinking Trump was going to help them. Or the bitter left that thought Hillary was actually liberal. There are only degrees of authoritarianism now. And those in power are the elitists who state they know what is best for you. It also happens to be what is best for them. And cash – or more correctly control of how cash is spent – is an obstacle to that

There is nowhere to hide. The cashless society is coming, and with it, your freedom to spend where and when you see fit. More…

Why do we Allow Private Families to Control the World’s Money?

[Economic]
Why do we Allow Private Families to Control the World’s Money?
by Phillip J. Watt
Posted July 25, 2017 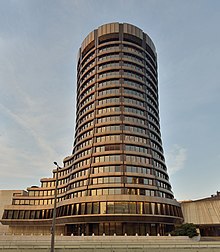 The masses can no longer escape the knowledge that they’re being taken for a walk down a dark alley: the way money is created in our global society benefits the so-called elite at the expense of the 99.9%. It doesn’t have to be this way though; all we have to do is stand up and demand that it change.

If you and I were to get a loan from a bank we’re not actually being loaned anything they had. Instead, they punch numbers into a computer, which creates new money that is placed directly into our bank accounts.

That’s right – they created new cash out of nothing. They didn’t get it from their vault, or loan it from another source, they just created it on their computer. This begs the question: why do we allow private stakeholders, such as the banking families that control the world’s financial and political spheres, to profit from money that was created out of thin air? Can’t we just generate new funds for the benefit of the people and direct the profits back into the community? More…

How Governments Can Kill Cash

One solution to negative interest rates is to buy physical gold.

But governments always use money laundering, drug dealing and terrorism as an excuse to keep tabs on honest citizens and deprive them of the ability to use money alternatives such as physical cash and gold. When you start to see news articles about criminals using gold instead of cash, that’s a stalking horse for government regulation of gold. More…

The recklessness of the “too big to fail” banks almost doomed them the last time around, but apparently they still haven’t learned from their past mistakes. Today, the top 25 U.S. banks have 222 trillion dollars of exposure to derivatives. In other words, the exposure that these banks have to derivatives contracts is approximately equivalent to the gross domestic product of the United States times twelve.

During the great financial crisis of 2008, derivatives played a starring role, and U.S. taxpayers were forced to step in and bail out companies such as AIG that were on the verge of collapse because the risks that they took were just too great.

But now it is happening again, and nobody is really talking very much about it. In a desperate search for higher profits, all of the “too big to fail” banks are gambling like crazy, and at some point a lot of these bets are going to go really bad. More…

I project that, when the dollar collapses, paper currency itself (not those who created it) will be blamed. Government leaders will wag their collective finger at those who have subverted the good that QE had been intended to do. Without putting too fine a point on it, the public will get the message that the only problem with QE was that the greedy One Percent sought to profit greatly from it, so the stimulus never sufficiently reached the man on the street.

But all will not be lost. Governments will vow to stand together to overcome the damage done by the powerful usurpers by creating a new form of currency that is fully controlled by the governments. The new form of currency will be electronic and will promise to end all monetary woes, as the governments will be able to track all monetary transactions of every kind. It may take the form of several new national currencies, but I believe it’s more likely that it’ll be a single IMF-centred currency that will be adopted by many countries. More…

Banking On Our Country

[Economic]
Banking On Our Country
by Frank Sanitate
Posted July 17, 2017

Public Bank advocates are ready to help Santa Barbara County take a deeper look at the Public Banking Solution. Officials are eager to find a realistic way to deal with their budget short-fall. Others are curious about what kind of non-taxed-based revenue a public bank could generate that might be used to pay for crucial public services, and things like affordable housing so that their teachers, law enforcement officers, fire fighters and other key employees can live closer to where they work.

Currently our County Board of Supervisors is trying to resolve an anticipated $30 million budget shortfall. They – and virtually all other city, county, state and national governments — continue to try to resolve the problem in the same old boring ways. They cut services and jobs, or increase taxes. But there is a better way to solve the problem, one that’s been around for almost 100 years, but virtually unknown – increase revenues through creating a “public bank”. More…

There you have it. The cashless agenda of control laid bare. There shall be no economic activity outside of State control. Cartels that play nice will be rewarded with more market share.

In November of last year, India banned certain cash notes in a bold move to force businesses into the banking system to better harvest more taxes from its livestock. Now, under the guise of “improving transparency” and forming a “common market,” India has begun targeting gold with new taxes, regulation, and incentives for citizens to turn over their undeclared gold to the financial sector.

Roughly 86% of India’s economic activity happened in cash at the time much of it was banned. Presumably that includes the $19-billion-per-year retail gold industry. Again, it appears that India’s government (central bankers) wants a bigger cut of the action and to better track the private assets of citizens. More…