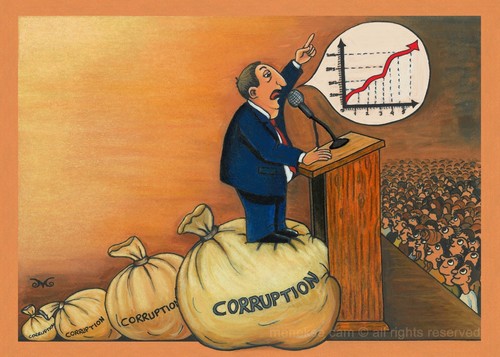 While the mainstream media opted to protect the United States government by treating anyone who dared to question the government’s role in the rise of ISIS as crazy conspiracy theorists, a new report is forcing the MSM to admit that those “conspiracies” were true all along.

Now, mainstream media outlets such as Reuters and USA Today are suddenly reporting that the United States and its close ally, Saudi Arabia, were instrumental in supplying weapons and ammunition to ISIS. Both reports cite an investigation conducted by Conflict Armament Research (CAR), which looked at 40,000 items recovered from Islamic State militants between July 2014 and November 2017.

A final report from CAR titled “Weapons of the Islamic State,” concluded that the vast majority of the weapons used by ISIS were supplied in the thousands, given their origin and the fact that they were found “in numbers far beyond those that would have been available to the group through battlefield capture alone.” More…

The US Aristocracy’s Smear-Russia Campaign: Big Brother at Work

Billionaires, both liberal and conservative ones, own, and their corporations advertise in and their ‘charities’ donate to, America’s mainstream (and also many ‘alternative news’) media. They do this not so as to profit directly from the national ‘news’ media (a money-losing business, in itself), but so as to control the ’news’ that the voting public (right and left) are exposed to and thus will accept as being “mainstream” and will reject all else as being “fringe” or even ‘fake news’, even if what’s actually fake is, in fact, the billionaires’ own mainstream ’news’, such as their ’news’ media had most famously ‘reported’ about ’Saddam’s WMD’ (but the ’news’ media never changed after that scandal — even after having pumped uncritically that blatant lie to the public).

If those media, and their Government (whose lies they stenographically report to the public) will now censor the Internet, such as is increasingly happening not only in the US but in its allies including the European Union, then the only ‘information’ that the public will have access to, at all, will be the billionaires’ lies. Have we already almost reached 1984, finally, in 2017? More…

How to Stop ISP Throttling

You’re in the 10th straight hour of a weekend House of Cards binge on Netflix, enjoying all of the 4K HDR goodness that is Frank Underwood on your new UHD Smart TV.

Suddenly, you notice the video isn’t quite as sharp as it had been. Is that pixelization? And why does Netflix indicate you’re watching their 1080p stream?

You pay for a 60 Mbps connection – and yet, you see speed numbers like this:

Later, you’re torrenting the latest episodes of your favorite comedy show – nothing illegal, of course. About halfway through your 3GB download, your formerly 56 Mbps download speed drops to 11 Mbps. What gives?

Welcome to the wonderful world of ISP throttling. More…

Despite the importance of Vault 8’s content, the legacy press has largely ignored news of its release.

Utter media silence surrounding Wikileaks’ latest publication may be somewhat explained by the shadow it casts on claims that Kaspersky Lab was involved in some sort of attempt at Russian interference, as establishment media claimed recently as part of their ongoing Russian hacking narrative. That the CIA actively impersonated Kaspersky Lab raises many questions regarding the impersonation of Russian and other groups by the CIA.

Increasing anti-Russia hysteria on the part of the media appears to have increased in recent weeks. This comes despite the issue having been largely debunked by the work of the Forensicator, first reported by this author at Disobedient Media. More…

On Thursday, people took to the streets outside Verizon stores across the country to protest FCC Chairman Ajit Pai’s decision to end protections for net neutrality. Here are some of the signs we saw outside Verizon’s flagship location in New York City.

At the heart of the net neutrality debate is the question of how carriers can avoid playing favorites with internet traffic. Net neutrality supporters worry that the end of the FCC’s regulations will bring new costs and fees.

Some people are hoping Congress will step in to stop the FCC’s repeal of the rules. More…

Some additional stories on the protests:
Protesters Demonstrate Outside Verizon Stores, Congressional Offices To Save Net Neutrality
People protest for net neutrality across US
Madison protesters join nationwide demonstrations against changes to net neutrality

NOW is the time to call you representatives if you want to keep the Internet as we have known it.
Call 202-224-3121 and you will be connected to your representatives.