Elites ‘Have No Credibility Left’ 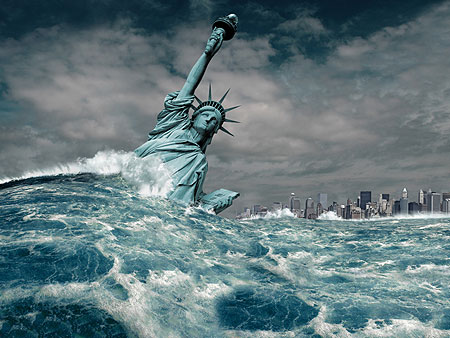 This obsession with Russia is a tactic used by the ruling elite, and in particular the Democratic Party, to avoid facing a very unpleasant reality: that their unpopularity is the outcome of their policies of deindustrialization and the assault against working men and women and poor people of color.

It is the result of disastrous trade agreements like NAFTA that abolished good-paying union jobs and shipped them to places like Mexico, where workers without benefits are paid $3.00 an hour.

It is the result of the explosion of a system of mass incarceration, begun by Bill Clinton with the 1994 omnibus crime bill, and the tripling and quadrupling of prison sentences.

It is the result of the slashing of basic government services, including, of course, welfare, that Clinton gutted; deregulation, a decaying infrastructure, including public schools, and the de facto tax boycott by corporations.

It is the result of the transformation of the country into an oligarchy. The nativist revolt on the right, and the aborted insurgency within the Democratic Party, makes sense when you see what they have done to the country. More… 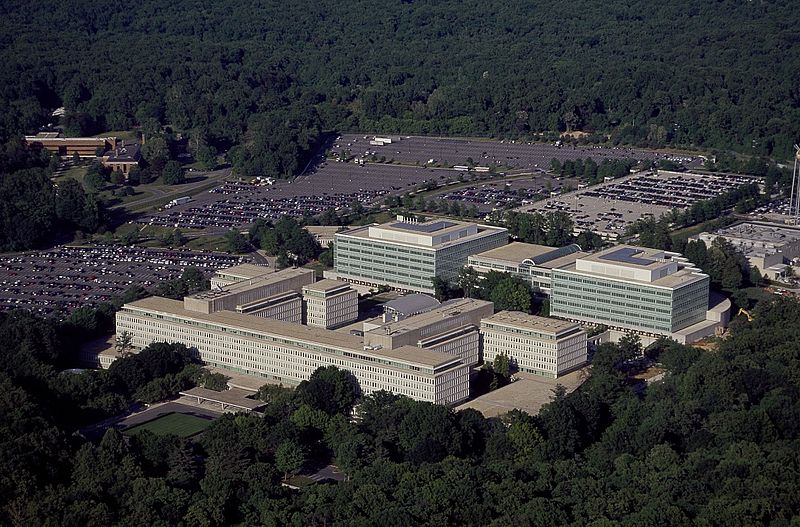 The Central Intelligence Agency created and used code that pretended to be from Kaspersky Lab while hacking people, a big twist on what has been an ongoing saga of allegations of Kaspersky colluding with the Russian government, according to the latest release by Wikileaks of leaked top secret U.S. government files.

The Vault 8 release, issued Thursday, detailed the source code and development logs behind the CIA’s “Project Hive,” designed by the agency to implant malware to spy on targets outside the country. Within the released code was evidence that the CIA used fake certificates pretending to have been from Kaspersky Lab, meaning essentially that the agency was hacking people across the globe while impersonating Kaspersky. More…

KRACK Wi-Fi bug: Here’s how to protect yourself

If you thought your protected Wi-Fi was safe, think again. Nearly all devices are affected by the new KRACK exploit. Solid advice for setting up a new wireless router or Wi-Fi network in your home is to password-protect it. Set a secure password using Wi-Fi Protected Access 2 (WPA2) and only share it with those you trust.

Since the WPA2 standard became available in 2004, this was the recommended setup for wireless area networks everywhere — and it was thought to be relatively secure. That said, like the deadbolt on your house, password protection is really only a strong deterrent. Like most things, as secure as WPA2 was believed to be, it was only ever as strong as your password or any vulnerabilities discovered in its security.

Over the weekend, a vulnerability was indeed discovered and turned the Internet on its head. More…

There Is No Rehabilitating the Vietnam War

[Justice]
There Is No Rehabilitating the Vietnam War
by Robert Freeman
Posted October 19, 2017

There is enormous pressure and a lot of money working to rehabilitate Vietnam, to put the guilt and the shame of it behind us. But it was precisely the guilt of the people, their shame at what was being done in their name, and their courage to denounce it that made it impossible for their government to carry out the savagery any longer.

The U.S. carried out apocalyptic violence on Vietnam, vastly beyond any conceivable moral standard of proportionality. It dropped three times more tons of bombs on Vietnam than were used by all sides in all theaters in all of World War II combined. Vietnam is about the size of New Mexico and at the time had a population greater than New York and California put together.

The U.S. sprayed 21 million gallons of carcinogenic defoliants on Vietnam, including the notorious Agent Orange. More than half of the nation’s forests were destroyed. Vietnam was the greatest intentionally man-made environmental catastrophe in the history of the world. Children are still being born with birth defects from the residual poisoning. More…

In my 30 years as a self-improvement coach, the most important insight is that where you put your attention is where your energy goes. If you find that hard to believe, try this: Walk through a crowd. Put your attention on the people. Then walk through the same crowd again and put your attention on the gaps between the people. More of them will now make way. Try it. It never fails. Here’s another experiment: Stand at the corner of any city street and look upwards for a while. You will notice people around you also look upwards. They want to know what you are looking at, and for that brief period you determined the direction of their attention.

By carefully controlling mainstream media and educational institutions, elite social engineers are able to control the flow of public discourse in order to serve their own goals and interests.

By doing this, they create something akin to ‘consensus reality’. In other words, by controlling the perception of public consensus on any particular issue or event, you effectively control the prevailing reality. A leading example of this social engineering phenomenon today is in the relentless promotion of war and global conflict throughout the media and education systems.

Had journalists and broadcasters done their job and questioned the propaganda that Saddam Hussein possessed weapons of mass destruction; had the lies of George W. Bush and Tony Blair not been amplified and echoed by journalists, the 2003 invasion of Iraq might not have happened, and hundreds of thousands of men, women and children would be alive today. More…

In order to sustain the nation’s appetite for war over the long haul in spite of the costs of war in lives lost and dollars spent—and little else to show for it—the military has had to work overtime to churn out pro-war, pro-military propaganda. It’s exactly what President Eisenhower warned against (“the acquisition of unwarranted influence, whether sought or unsought, by the military-industrial complex”) in his 1961 farewell address.

We didn’t listen then and we’re still not listening now. All the while, the government’s war propaganda machine has grown more sophisticated and entrenched in American culture.

All of the military equipment featured in blockbuster movies such as X-Men and Transformers is provided—at taxpayer expense—in exchange for carefully placed promotional spots aimed at indoctrinating the American populace into believing that patriotism means throwing their support behind the military wholeheartedly and unquestioningly.

Even reality TV shows have gotten in on the gig. It’s estimated that U.S. military intelligence agencies (including the NSA) have influenced over 1,800 movies and TV shows. More…

My goal here is only to point out that manipulation is happening, not to discourage people from protesting the draconian abuses of America’s increasingly militarized police force. Please do protest these things loudly and aggressively — but don’t do it because of Trump. Making it about Trump means entering into the same establishment partisan bullshit that saw this epidemic go completely unaddressed throughout Obama’s two terms and aligning yourself with the neoliberal neoconservative oligarchic one-party system. You might be saying some of the same things as the Democratic establishment loyalists, but please be acutely aware at all times that these people are not your friends, and they will not help you.

Just as Trump doesn’t actually give a shit about the flag, establishment Democrats don’t actually give a shit about black lives. For decades the Democratic party has been using the fake two-party system to blackmail minorities into supporting a party that acts completely contrary to their socioeconomic interests under the threat that Republicans will be even worse. Republicans and Democrats have been playing a good cop/bad cop routine to coerce America’s most disadvantaged populations into supporting the bloodthirsty plutocratic establishment under the threat that if they don’t they will have their civil rights taken away. Make no mistake: the “good cop” in this schtick has been just as complicit in this exploitation as the “bad cop”. They’ve both been working together toward the same exact goal. More…