How The Wall Street Journal Turns the Truth On its Head

[Media]
How The Wall Street Journal Turns the Truth On its Head
By Joe Jarvis
Posted September 25, 2017

And the award for most misleading headline goes to the Wall Street Journal.

What do you think an article entitled, Unlike Most Industries, Drone Makers and Operators Clamor for Federal Regulation, is all about?

If you guessed it is about drone makers and operators clamoring for more regulations, you are wrong.

Exactly the opposite is true. The drone industry is being stifled by overbearing regulation. Because of one size fits all federal regulations, all across America, it is almost impossible to use drones for commercial purposes. More… 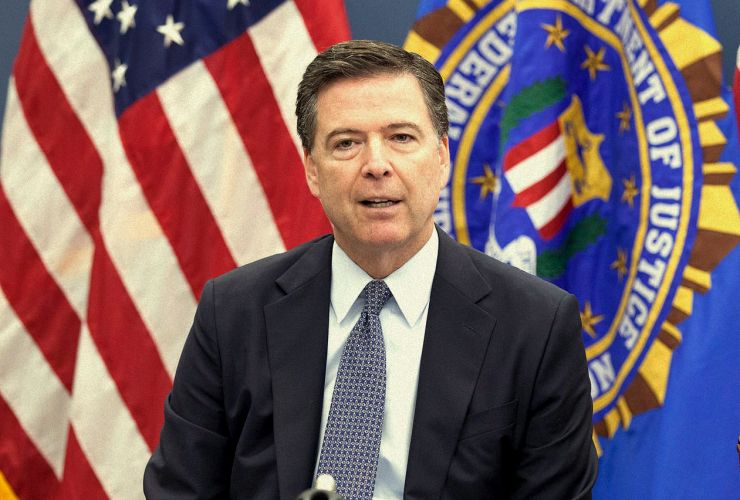 It is no secret that our July 24 VIPS Memorandum for the President, entitled “Was the ‘Russian Hack’ an Inside Job?,” gave rise to some questioning and controversy – nor was it a surprise that it was met with almost total silence in the mainstream media.

The ongoing U.S. media campaign against Russia has been so effective that otherwise intelligent people have been unable even to entertain the notion that they may have been totally misled by the intelligence community. The last time this happened in 2003, after a year of such propaganda, the U.S. attacked Iraq on fraudulent – not “mistaken” – intelligence.

Anticipating resistance from those allergic to rethinking “what everybody knows” about Russian “meddling,” we based our VIPS analysis on forensic investigations that, oddly, the FBI had bent over backwards to avoid. In other words, we relied on the principles of physics and the known capability of the Internet in early July 2016. More…

Online Privacy Guide: How To Stay Safe On The Web

[Media]
Online Privacy Guide: How To Stay Safe On The Web
By James Crace
Posted September 21, 2017

Privacy is more important than ever. The Internet may be the best thing since sliced bread, but as we come to rely on it more and more in our daily life we risk exposing our data to attackers. Here at Cloudwards.net we figured we would help out our readers with a thorough online privacy guide that will keep you safe while your browse the world wide web.

We’ll look at the steps you can take to ensure your privacy, whether you’re just browsing or downloading torrents. However, we’re not here to help you hide from three-letter agencies that are actively searching for you: if you’re the next Edward Snowden, you’ll have to take extraordinary measures that are well out of the scope of this article.

With that said, let’s first take a look at the threats the average user will face while on the Internet. More…

Are you aware of the heroin epidemic that has been on fire all across America- since 2001? Thanks to the government-corporate media outlets you probably are not.

Between 2002 and 2013, heroin-related overdose deaths in the US quadrupled, with more than 10,000 people dying of heroin overdoses in America in 2014 alone. Afghanistan has been the number one source globally of both opium and heroin.

Interestingly, while the mainstream and pseudo-alternative media outlets keep playing up drugs from Mexico, we hardly hear a peep on the massive amount of Afghan-sourced heroin. To put it in perspective: In 2014, according to the DEA drug threat assessment, Mexico produced an estimated 42 metric tons of heroin. Afghanistan produced 6,400 metric tons of opium that same year. The largest share of US heroin is Afghanistan-sourced. It is coming from US-occupied Afghanistan. More…

[Media]
The FCC’s case against net neutrality rests on a deliberate misrepresentation of how the Internet works
by Devin Coldewey
Posted August 27, 2017

The FCC has just published the notice of proposed rule making that would roll back the 2015 Open Internet Order establishing net neutrality. Its first and primary justification for doing this is a way of defining broadband access that’s so backwards it’s ridiculous. It would be funny, if the future of the Internet didn’t depend on this incredibly disingenuous maneuvering.

After the introductory bloviation and half-told history, the “Restoring Internet Freedom” proposal begins its argument in earnest. The first point the FCC makes is regarding the text of the 1996 Telecommunications Act, and how it defines “telecommunications service” (how broadband is currently defined, allowing net neutrality rules to be effected) and “information service” (how it was before the net neutrality rule).

Now, I’m going to list the two definitions. Which one do you think sounds like what a broadband provider does? More…

The Reign of Propaganda

Masters of propaganda from its inventor, Jewish public relations expert Edward Louis James Bernays, to the Nazi Minister of Propaganda Paul Joseph Goebbels, agree that a lie can be turned into truth by constant repetition.

As Bernays and Goebbels knew, one good propagandist can control the opinion of the targeted group, whether it is a gender or a nation.

Initially for Benays the targeted group was American women. As a propagandist for an American tobacco company, “the father of spin” promoted female smoking as a sign of feminist independence. He called cigarettes “Torches of Freedom.” He also provided the propaganda that enabled the United Fruit Company to have the US Government overthrow the elected government of Guatemala in 1954.

Goebbels turned Germans into servants of the Third Reich, an accomplishment the neoconservatives have yet to attain in the United States, but they are still working at it. More…

Customers of the largest wireless carrier noticed at the end of last week that streaming videos on Netflix and YouTube were slow. In a sizable Reddit thread, users who said they performed speed tests had found that bandwidth was capped at 10 Megabits per second (Mbps).

“Who is Verizon to make that decision? I have paid for the bandwidth, it’s not Verizon’s job to cut off people who want to watch HD video,” said Joseph Touch, a professor at the University of Southern California who studies net neutrality. More…

Everyone involved in education policy is interested in one side or another of the debate. It’s just that some pretend to practice a kind of objectivity while others are open about their partiality.

When you read an article in the Wall Street Journal, New York Times or Pittsburgh Tribune Review, there is a presumption of detachment and neutrality. But it’s bogus.We need to be aware that corporate media is often going to take the side of big corporations. They’re going to uncritically criticize those standing in the way of corporate profits—i.e. teachers.

When you read an article in the mainstream media, you frankly have no idea which direction their inclinations swerve. However, you do know that money often plays a major role in their editorial spin. More…