It appears that Ryan Coonerty, the Supervisor of the Third District of Santa Cruz County, wrote a letter back in June to the rest of the Board of Supervisors, in which he bravely pleaded the county cease business operations with five of the Too Big To Fail (TBTF) Wall Street Mega Banks. Why you ask? Well, because they are criminal felons. Considering Eric Holder refused to punish them, someone has to take a stand.

Here are a few choice excerpts from the letter:
The banks have agreed to plead guilty to felony charges of conspiring to manipulate the price of U.S. dollars and euros exchanged in the foreign currency exchange spot market… The behavior of these banks is offensive and signals a Wall Street culture in which several big banks broke the law even after years of strong criticism and increased regulation following the economic crisis.

Former Secretary of State Hillary Clinton, the frontrunner for the Democratic Party nomination in the 2016 US presidential election, presented an unabashedly right wing, pro-business economic program Monday in a major policy speech. It was was the first major speech by Clinton since she officially launched her campaign with a rally at Four Freedoms Park on Roosevelt Island June 13. In contrast to that appearance, a high-profile event that consisted of empty and demagogic rhetoric presented to an audience of trade union officials and Democratic Party functionaries, Monday’s speech contained a clear and specific set of policy proposals.

The central aim of Clinton’s speech was to reassure the American financial oligarchy that, despite her occasional lukewarm denunciations of corporate criminality and social inequality, she is a right-wing, pro-business defender of Wall Street.

The speech makes clear that a Clinton presidency will pursue the same pro-Wall Street policies of the Obama administration, seeking to expand the fortunes of the super-rich at the expense of the great majority of society, while invoking “fairness” and “equality” as window dressing. More…

Maryland, Illinois Voting Machines May be Rigged for Democrats 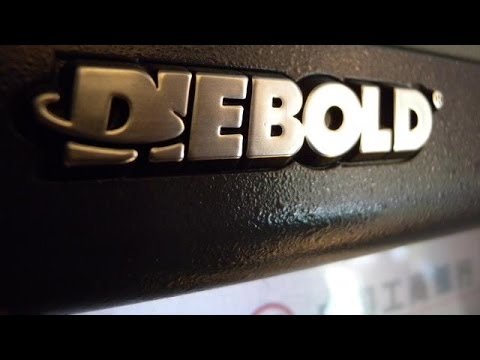 A number of voting machines in Maryland and Illinois are electronically switching Republican votes to the Democrats, raising suspicions that fraud could be at the root of the alleged malfunction.

According to Watchdog.org, election officials in both states have characterized the problem as a “calibration issue,” but a software developer and expert on touch screens used by U.S. intelligence agencies told Newsmax that the explanation was bogus.

“It’s a software issue, and it’s incredibly suspicious that a bug like that could slip through accidentally. More…

Money, they say, makes the world go round. So how’s $10 billion for you? That’s a top-end estimate for the record-breaking spending in this 1% presidential election campaign season. But is “season” even the right word, now that such campaigns are essentially four-year events that seem always to be underway? In a political world stuffed with money, it’s little wonder that the campaign season floats on a sea of donations.

In the case of Jeb Bush, he and his advisers have so far had a laser-focus on the electorate they felt mattered most: big donors. They held off the announcement of his candidacy until last week (though he clearly long knew he was running) so that they could blast out of the gates, dollars-wise, leaving the competition in their financial dust, before the exceedingly modest limits to non-super PAC campaign fundraising kicked in. More…

`Let the jury consider their verdict,’ the King said, for about the twentieth time that day.
`No, no!’ said the Queen. `Sentence first–verdict afterwards.’
`Stuff and nonsense!’ said Alice loudly. `The idea of having the sentence first!’
`Hold your tongue!’ said the Queen, turning purple.
`I won’t!’ said Alice.
`Off with her head!’ the Queen shouted at the top of her voice.
— Lewis Carroll, “Alice’s Adventures in Wonderland”

Fast-track authority is being sought in the Senate this week for the Trans-Pacific Partnership (TPP), along with the Trade in Services Agreement (TiSA) and any other such trade agreements coming down the pike in the next six years. The terms of the TPP and the TiSA are so secret that drafts of the negotiations are to remain classified for four years or five years, respectively, after the deals have been passed into law. How can laws be enforced against people and governments who are not allowed to know what was negotiated? More…

If Elizabeth Warren Is Already Angry at Mary Jo White, Wait Until She Hears About This

If Elizabeth Warren Is Already Angry at Mary Jo White, Wait Until She Hears About This
By Pam Martens and Russ Martens
Posted June 18, 2015

Earlier this month, Senator Elizabeth Warren was so exasperated with the obstructionist role that Mary Jo White has played at the SEC that she sent her a sternly worded, 13-page letter calling her out on her serial broken promises.

Senator Warren highlighted White’s failure to finalize rules requiring disclosure of the ratio of CEO pay to the median worker; her failure to curb the use of waivers for companies that violate securities law; the SEC’s continued practice of settling the vast majority of cases without requiring meaningful admissions of guilt; and White’s repeated recusals related to her prior employment and her husband’s current employment at law firms representing Wall Street. More…