One Man’s Message To Americans – “Start Giving A Damn!”

One Man’s Message To Americans – “Start Giving A Damn!”
by Thad Beversdorf
Posted May 6, 2015

I find it shocking how often I have people tell me the Constitution is out of date and is no longer relevant or necessary. Then there are the vast majority of people that think about the Constitution the same way they think about religion; it makes us feel good to believe in it and we’ll even worship it on a holiday or two The reality is that those who seem to get very worked up to the point that they are willing to act in defense of the Constitution even against the highest levels of government make up a very small minority of Americans. This is a real problem.

Let me give a couple examples for which our apathy just boggles my mind. We know they took us into wars on false pretenses resulting in the wrongful deaths of thousands of American soldiers and hundreds of thousands of innocent civilians and yet we’ve prosecuted no one. Hell they’ve admitted to hacking into millions of our home webcams and downloading videos and pictures of us in our most private moments and maintaining those downloads on government servers and then sharing these files with foreign governments. More…

A Letter of Apology to My Grandson

A Letter of Apology to My Grandson
by Tom Engelhardt
Posted April 29, 2015

Back in 2001, before I even imagined a grandson in my life, I had one of those moments (and wish I hadn’t). It was sometime just after the 9/11 attacks when, nationwide, Americans were still engaged in endless rites in which we repeatedly elevated ourselves to the status of the foremost victims on the planet, the only ones that mattered. In those months, you might say, we made ourselves into Earth’s indispensible or exceptional victims.

In that extended moment of national mourning (combined with fear bordering on hysteria), the Bush administration geared up to launch its revenge-fueled global wars, while money started pouring into the national security state in a historically unprecedented way. It was a time when the previously un-American word “homeland” was being attached to what would become a second defense department, secrecy was descending like a blanket on the government, torture was morphing into the enhancement of the week in the White House, assassination was about to become a focus (later an obsession) of the executive branch — and surveillance? Don’t even get me started on the massively redundant domestic and global surveillance state that would soon be built on outright illegalities and rubber-stamp legalities of every sort. More…

Why the Founders Would Decry What America has Become

Why the Founders Would Decry What America has Become
by Michael Payne
Posted April 28, 2015

The Founding Fathers warned against standing armies and the dangers of imperialism. Modern-day U.S. governments and presidents have taken a completely opposite view. For decades they have followed an agenda of endless war and maintained a massive military empire, one that stretches across the world to protect America’s “vital interests”, with oil being the greatest. They would be dismayed by the Bush Doctrine, a policy this current government still continues to follow, which states that it has the right to launch a pre-emptive attack against any nation or faction within it that it even suspects of being a threat to America.

The latest version of the National Defense Authorization Act (NDAA) signed by President Obama on January 2, 2013 authorizes the indefinite detention, without trial or indictment, of any US citizen designated as an enemy by the chief executive. This Act violates the 6th Amendment which states that U.S. citizens must be formally charged and must receive jury trials to defend themselves against any charges placed against them. It guards against indefinite detentions of citizens not charged with a specific violation of law. More…

A Practical Utopian’s Guide to the Coming Collapse

A Practical Utopian’s Guide to the Coming Collapse
by David Graeber
Posted April 24, 2015 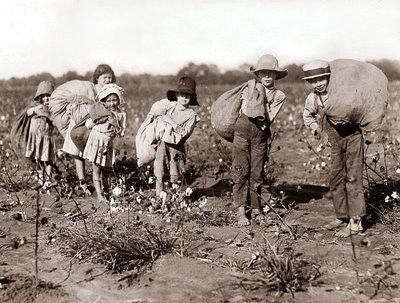 What would happen if we stopped acting as if the primordial form of work is laboring at a production line, or wheat field, or iron foundry, or even in an office cubicle, and instead started from a mother, a teacher, or a caregiver? We might be forced to conclude that the real business of human life is not contributing toward something called “the economy” (a concept that didn’t even exist three hundred years ago), but the fact that we are all, and have always been, projects of mutual creation.Labor, similarly, should be renegotiated.

Submitting oneself to labor discipline—supervision, control, even the self-control of the ambitious self-employed—does not make one a better person. In most really important ways, it probably makes one worse. To undergo it is a misfortune that at best is sometimes necessary. Yet it’s only when we reject the idea that such labor is virtuous in itself that we can start to ask what is virtuous about labor. To which the answer is obvious. Labor is virtuous if it helps others. A renegotiated definition of productivity should make it easier to reimagine the very nature of what work is, since, among other things, it will mean that technological development will be redirected less toward creating ever more consumer products and ever more disciplined labor, and more toward eliminating those forms of labor entirely. More…

US Agribusiness, GMOs and The Plundering Of The Planet

US Agribusiness, GMOs and The Plundering Of The Planet
By Colin Todhunter
Posted April 11, 2015

Small family/peasant farms produce most of the world’s food. They form the bedrock of global food production. Yet they are being squeezed onto less than a quarter of the planet’s farmland. The world is fast losing farms and farmers through the concentration of land into the hands of rich and powerful land speculators and agribusiness corporations.

By definition, peasant agriculture prioritises food production for local and national markets as well as for farmers’ own families. Big agritech corporations on the other hand take over scarce fertile land and prioritise commodities or export crops for profit and foreign markets that tend to cater for the needs of the urban affluent. This process displaces farmers from their land and brings about food insecurity, poverty and hunger. More…

How America Became an Oligarchy

How America Became an Oligarchy
By Ellen Brown
Posted April 7, 2015

According to a new study from Princeton University, American democracy no longer exists. Using data from over 1,800 policy initiatives from 1981 to 2002, researchers Martin Gilens and Benjamin Page concluded that rich, well-connected individuals on the political scene now steer the direction of the country, regardless of – or even against – the will of the majority of voters. America’s political system has transformed from a democracy into an oligarchy, where power is wielded by wealthy elites.

“Making the world safe for democracy” was President Woodrow Wilson’s rationale for World War I, and it has been used to justify American military intervention ever since. Can we justify sending troops into other countries to spread a political system we cannot maintain at home? More…