The Death of Hope and Belief

The Death of Hope and Belief
by Cognitive Dissonance
Posted March 31, 2015

Try as we might to convince ourselves otherwise, hope is just the ugly stepchild of belief, interchangeable and indistinguishable, especially during periods of high emotional stress and cognitive fight or flight. Naval gazing, pretty much all we see when engaging in hope and belief, is the ultimate human blinder and the chains that bind.

Once we accept something as ‘true’, essentially a non specific condition arrived at with minimal critical thinking and even less logical reasoning, rarely if ever do we revisit the subject to check our premises. And why would we since we ‘believe’ what we want and not what is actually there. Since the only unchanging ‘truth’ throughout the universe is that change is constant, ‘We the People’ often hope our beliefs still hold true………assuming we honestly question our beliefs in order to discover if they ever rang true. More…

In Houston, police sergeant Steve Wick is busy at work, riding his bicycle around the city and stopping to talk to the homeless people he meets along the way. But rather than arresting them, Wicks has a very special role: supporting people on the streets to re-build their lives.

In the past, only the penal code was used to deal with homeless people, who are often considered a problem by local residents. Anyone drunk on a sidewalk would be taken into custody and released just a few hours later to do the same thing over and over again. It was a huge waste of time and resources, and a policy which did absolutely nothing to help homeless people in the long term. Now, compassionate policing policies aim to give homeless people a helping hand, rather than a criminal record. Houston Police Department’s outreach team partners with hundreds of outreach programs to provide housing, healthcare, jobs, food and ID cards to homeless people. More…

A new kind of governance is being born right before our eyes. Let’s stop pretending it’s not happening. Have you ever undertaken some task you felt less than qualified for, but knew that someone needed to do? Consider this piece my version of that, and let me put what I do understand about it in a nutshell: based on developments in our post-9/11 world, we could be watching the birth of a new American political system and way of governing for which, as yet, we have no name.

And here’s what I find strange: the evidence of this, however inchoate, is all around us and yet it’s as if we can’t bear to take it in or make sense of it or even say that it might be so. Let me make my case, however minimally, based on five areas in which at least the faint outlines of that new system seem to be emerging: political campaigns and elections; the privatization of Washington through the marriage of the corporation and the state; the de-legitimization of our traditional system of governance; the empowerment of the national security state as an untouchable fourth branch of government; and the demobilization of “we the people.” More…

In Our Horrifying Future, Very Few People Will Have Work or Make Money

In Our Horrifying Future, Very Few People Will Have Work or Make Money
by Robert Reich
Posted March 20, 2015 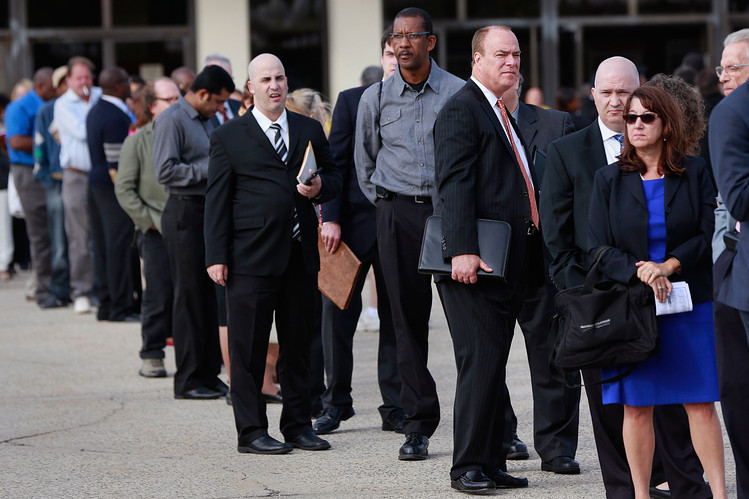 Think you’re safe because you’re a professional? Think again.It’s now possible to sell a new product to hundreds of millions of people without needing many, if any, workers to produce or distribute it.

At its prime in 1988, Kodak, the iconic American photography company, had 145,000 employees. In 2012, Kodak filed for bankruptcy. The same year Kodak went under, Instagram, the world’s newest photo company, had 13 employees serving 30 million customers.

The ratio of producers to customers continues to plummet. When Facebook purchased “WhatsApp” (the messaging app) for $19 billion last year, WhatsApp had 55 employees serving 450 million customers. A friend, operating from his home in Tucson, recently invented a machine that can find particles of certain elements in the air. He’s already sold hundreds of these machines over the Internet to customers all over the world. He’s manufacturing them in his garage with a 3D printer. So far, his entire business depends on just one person — himself. New technologies aren’t just labor-replacing. They’re also knowledge-replacing. More…

When It Becomes Serious, First They Lie–When That Fails, They Arrest You

When It Becomes Serious, First They Lie–When That Fails, They Arrest You
by Charles Hugh Smith
Posted March 17, 2015

When lying is no longer enough to gain compliance, then the organs of security are unleashed on dissent and resistance. And why is it now serious? Persuading tax donkeys and debt serfs that everything is going their way is now impossible without lies. Persuading the populace that the leadership is working on their behalf was jettisoned in the wake of the 2008 bailout of bankers and parasites.

Stripped of the artifice that they care about anything other than preserving the wealth of their cronies, global political leaders now rely on propaganda: narratives designed to manage expectations and perceptions, bolstered by carefully tailored official statistics.

Reliance on lies erodes legitimacy. As the rich get richer and the burdens on tax donkeys and debt serfs increase, the gulf between the official happy-story narrative and reality widens to the breaking point, and faith in the narrative and the leadership espousing it declines. More…

Why They Spy – IT-Powered Feudalism

Why They Spy – IT-Powered Feudalism
by Michael Krieger
Posted March 14, 2015

The amount a state needs to expend on guard labour is a function of how much legitimacy the state holds in its population’s reckoning. A state whose population mainly views the system as fair needs to do less coercion to attain stability. People who believe that they are well-served by the status quo will not work to upset it. States whose populations view the system as illegitimate need to spend more on guard labour.

Why spy? Because it’s cheaper than playing fair. Our networks have given the edge to the elites, and unless we seize the means of information, we are headed for a long age of IT-powered feudalism, where property is the exclusive domain of the super-rich, where your surveillance-supercharged Internet of Things treats you as a tenant-farmer of your life, subject to a licence agreement instead of a constitution. At this point, only the most clueless and gullible amongst us thinks that government surveillance has anything to do with stopping terrorism .More…