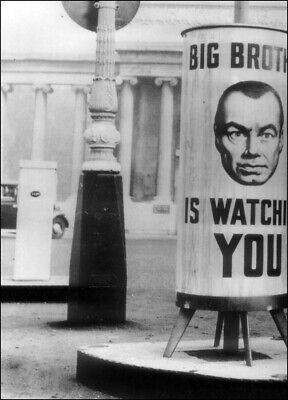 China’s Communist government has launched a new app that encourages citizens to report dissidents for expressing “mistaken opinions” on the Internet.

The new platform will target anyone who criticizes the dictatorship’s ruling CCP, disputes the official version of the country’s history or engages in “misinformation.”

The new website and app was proudly unveiled by China’s Cyberspace Administration of China (CAC), with authorities calling on users to play an “active role” in helping to identify “malicious people distorting facts and confusing” others.

China already operates an onerous social credit score system that bans people from using transportation and engaging in other basic functions of society if they commit minor infractions like jaywalking or buying too much junk food.

Given that social media mobs in the west, routinely aided by journalists, already conduct witch hunts that lead to people being socially ostracized, deplatformed and left unemployed for expressing “mistaken opinions,” are we really that better off than Chinese dissidents? More…

The Facts:
China is targeting dissidents who dispute country’s history or criticize ruling Communists and much like the Russian Cheka and the East German Stasi, they are enlisting citizens to spy on their neighbors.
Reflect On:
Consider how people have been reporting Corona lockdown “violaters” in the US and other western nations.

Facebook’s growing role in the ever-expanding surveillance and “pre-crime” apparatus of the national security state demands new scrutiny of the company’s origins and its products as they relate to a former, controversial DARPA-run surveillance program that was essentially analogous to what is currently the world’s largest social network.

Part 1 of this two-part series on Facebook and the US national-security state explores the social media network’s origins and the timing and nature of its rise as it relates to a controversial military program that was shut down the same day that Facebook launched. The program, known as LifeLog, was one of several controversial post-9/11 surveillance programs pursued by the Pentagon’s Defense Advanced Research Projects Agency (DARPA) that threatened to destroy privacy and civil liberties in the United States while also seeking to harvest data for producing “humanized” artificial intelligence (AI).

As this report will show, Facebook is not the only Silicon Valley giant whose origins coincide closely with this same series of DARPA initiatives and whose current activities are providing both the engine and the fuel for a hi-tech war on domestic dissent. More…

Rule by Fiat: When the Government Does Whatever It Wants

[Justice] [Politics] [Social]
Rule by Fiat: When the Government Does Whatever It Wants
By John W. Whitehead & Nisha Whitehead
Posted June 16, 2021 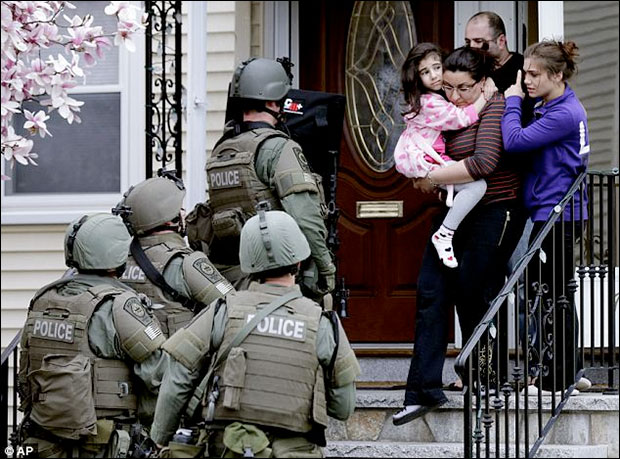 At 4:30 a.m. on March 12, 2020, in the midst of a COVID-19 pandemic that had most of the country under a partial lockdown and sheltering at home, a masked SWAT team—deployed to execute a “high risk” search warrant for unauthorized firearms—stormed the suburban house where 21-year-old Duncan, a software engineer and Second Amendment advocate, lived with his parents and 19-year-old brother.

The entire household, including Lemp and his girlfriend, was reportedly asleep when the SWAT team directed flash bang grenades and gunfire through Lemp’s bedroom window.

Lemp was killed and his girlfriend injured.

No one in the house that morning, including Lemp, had a criminal record.

No one in the house that morning, including Lemp, was considered an “imminent threat” to law enforcement or the public, at least not according to the search warrant. So what was so urgent that militarized police felt compelled to employ battlefield tactics in the pre-dawn hours of a day when most people are asleep in bed, not to mention stuck at home as part of a nationwide lockdown?

According to police, they were tipped off that Lemp was in possession of “firearms.” Thus, rather than approaching the house by the front door at a reasonable hour in order to investigate this complaint—which is what the Fourth Amendment requires—police instead strapped on their guns, loaded up their flash bang grenades and acted like battle-crazed warriors. This is the blowback from all that military weaponry flowing to domestic police departments. This is what happens when you use SWAT teams to carry out routine search warrants. More…

Is Real-World Activism Part of our Spiritual Journey?

I don’t begrudge people who still believe that all we have to do to return to some form of normalcy is continue obeying protocols, but support for that idea is dwindling, as more people start to wonder if compliance is really the answer or if it is actually the problem itself.

Questions surrounding these measures are being asked everywhere we turn: Why are small businesses being shut down, while multinational corporations that pose just as much ‘risk’ are able to open? Why are children being forced to wear masks and distance within schools when the science and statistics indicate that such measures are unnecessary and even harmful? Why are our governments trying to convince us that the Covid vaccine will solve the problem, while telling us that we will still have to wear masks after receiving it? More…

Jab-erwacky (or, Why Are People So Crazy about Being Guinea Pigs?)

[Politics] [Social]
Jab-erwacky (or, Why Are People So Crazy about Being Guinea Pigs?)
by Michael Lesher
Posted June 11, 2021

At first, I couldn’t believe that anyone would boast of turning himself into a human guinea pig, without getting a cent in compensation, just to add to the profits of a corporate camorra. Then I couldn’t believe I’d find five such posts on Facebook. Then I bet myself that I’d never encounter ten of them. Well, now I’ve seen twenty.

Twenty separate people bragging about handing themselves over to the biggest, and perhaps the most dangerous, medical scam of my lifetime.

So what’s next? Will people I know start making breathless Facebook posts each time they swallow arsenic or snort some airplane glue? Are they going to brag publicly about wading through chemical dumps? Am I supposed to applaud them if they do?

Or are these indiscreet posters trying to convince me – by lending their voices to the media hysteria about vaccines that aren’t vaccines, for an emergency that isn’t an emergency – that if we let a gang of drug pushers play with our cell structure, we’ll find ourselves somehow on the short road to paradise?

If that’s what they’re up to, they’re going to have to do a lot more convincing. More…

Ten years on, Syria is almost destroyed. Who’s to blame?

In George Orwell’s novel Animal Farm, the ruling pigs led by Napoleon constantly rewrote history in order to justify and reinforce their own continuing power. The rewriting by the western powers of the history of the ongoing conflict in Syria leaps out of Orwell.

The joint statement issued by the foreign ministers of the US, UK, France, Germany and Italy last week to mark the tenth anniversary of the Syrian conflict begins with an outright falsehood by holding President Bashar al-Assad and “his backers” responsible for the horrific events in that country. It asserts that the five western powers “will not abandon” the Syrian people — till death do us part.

The historical reality is that Syria has been a theatre of the CIA’s activities ever since the inception of that agency in 1947. There is a whole history of CIA-sponsored “regime change” projects in Syria ranging from coup attempts and assassination plots to paramilitary strikes and funding and military training of anti-government forces. More…

The Lab-Leak Theory: Inside the Fight to Uncover COVID-19’s Origins 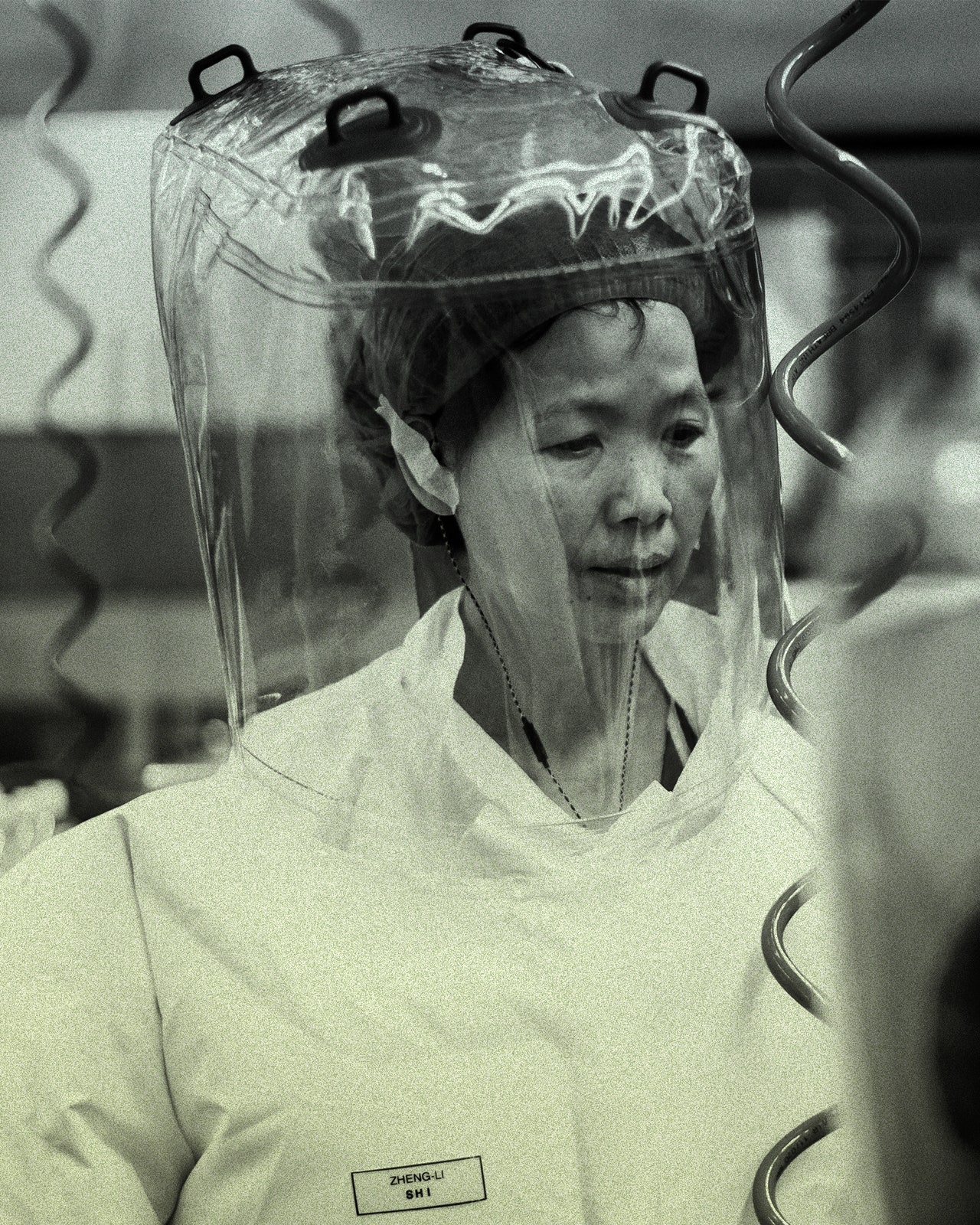 Throughout 2020, the notion that the novel coronavirus leaked from a lab was off-limits. Those who dared to push for transparency say toxic politics and hidden agendas kept us in the dark.

On February 19, 2020, The Lancet, among the most respected and influential medical journals in the world, published a statement that roundly rejected the lab-leak hypothesis, effectively casting it as a xenophobic cousin to climate change denialism and anti-vaxxism. Signed by 27 scientists, the statement expressed “solidarity with all scientists and health professionals in China” and asserted: “We stand together to strongly condemn conspiracy theories suggesting that COVID-19 does not have a natural origin.”

The Lancet statement effectively ended the debate over COVID-19’s origins before it began. To Gilles Demaneuf, following along from the sidelines, it was as if it had been “nailed to the church doors,” establishing the natural origin theory as orthodoxy. “Everyone had to follow it. Everyone was intimidated. That set the tone.” More… 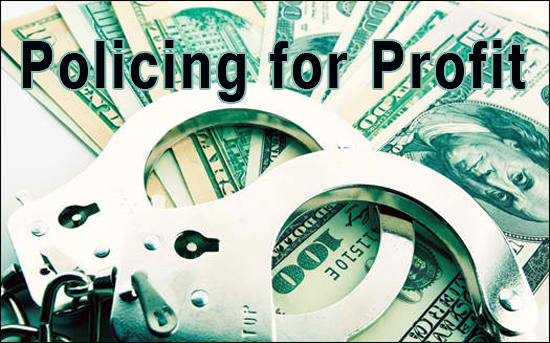 Americans Wake Up! Outlaw Technocrats Are Stealing Our Democracy 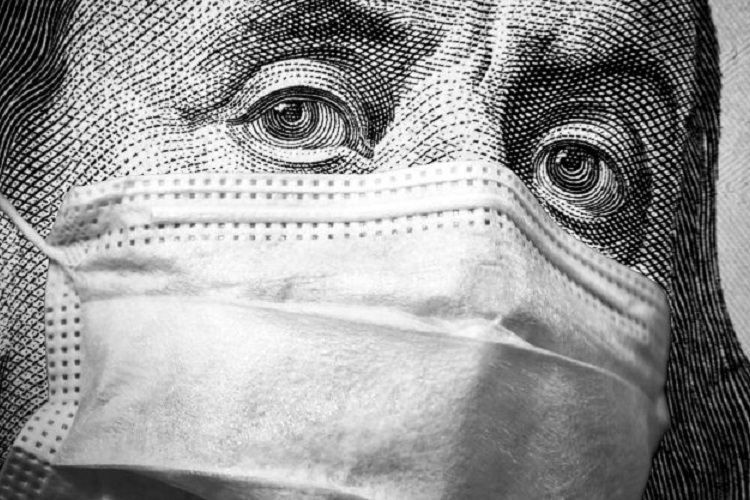 Now the medical cartel and its billionaire Big Tech accomplices have invoked the most potent, frightening and enduring enemy of all — the microbe.

And who can blame them? Increasing the wealth and power of the oligarchy is seldom a potent vessel for populism. Citizens accustomed to voting for their governments are unlikely to support policies that make the rich richer, increase political and social control by corporations, diminish democracy and reduce their civil rights.

So demagogues must weaponize fear to justify their demands for blind obedience and to win public acquiescence for the demolition of civil and economic rights. More…